With election of “K-Trump,” South Koreans consider moving to Canada

Canada was taught as a mosaic , a place where people from all over each brought something different and contributed to a diverse and spectacular whole.

Instead we get this attitude that Canada is for Canadians as defined by whatever immigrants happened to show up before the speaker’s family, and generally setting aside BIPOC.

All of the west really needs to do some deep soul searching, honestly. We’ve spent the last few centuries royally fucking the planet and her inhabitants us (including ourselves) and then denying that we have any culpability for that. We can’t move forward until we change how we think about the past and how it shapes the present…

It’s so exhausting and depressing.

As a Canadian living in Canada, I would suggest that our South Korean neighbours should fix their own homeland problems, rather than contemplating an escape to Canada.

Excuse me?! As a Canadian living in Canada, I reject the above opinion and say all are welcome. We have a nice place here, open to everyone who wants to escape creeping fascism. I have guest rooms and a nice couch as well. Please stay with me while you get on your feet and once again, welcome.

best healthcare system in the world.

In North America? Certainly. The world? Not so sure about that.

I doubt New Brunswick is milder than South Korea, given that, at least where I live, we get broiling 40°C heat in the summer (adjusted for humidex, the only measurement that counts) and freezing -40°C hell in the winter (ditto for windchill, and ditto). I welcome immigrants, but I feel bad for the ones who can’t have any idea what they’re getting themselves into.

Siberia is right there in close proximity to the Korean Peninsula.

Don’t worry. This is South Korea we’re talking about. He’ll be out of office and disgraced/in jail in two years if not sooner.

I like it when I read a comment, plan an annoyed retort, and see that 12 other people have already done it, leaving me with no need to pile on. 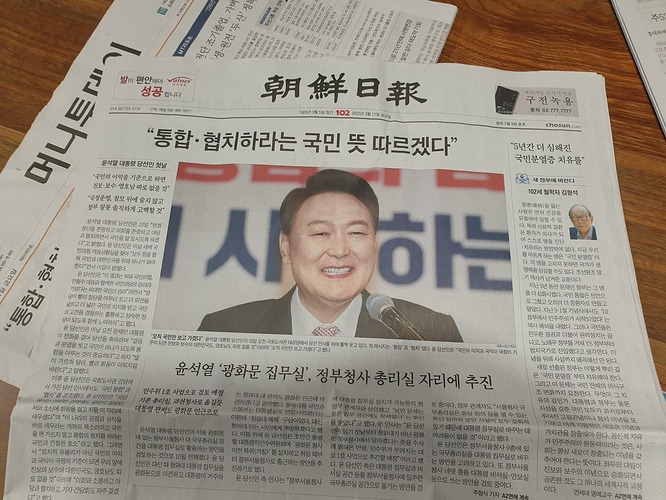 THIS is the best flattering picture they could find of the man. Note that THIS newspaper is the most favorable to conservatives, Fox News in paper form.

His expression says it all. 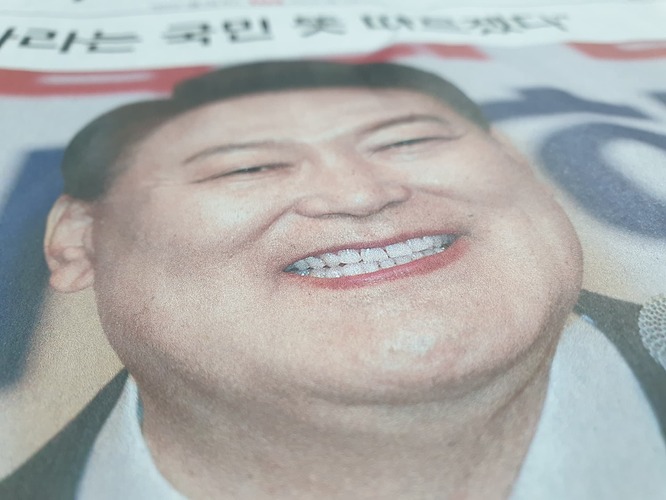 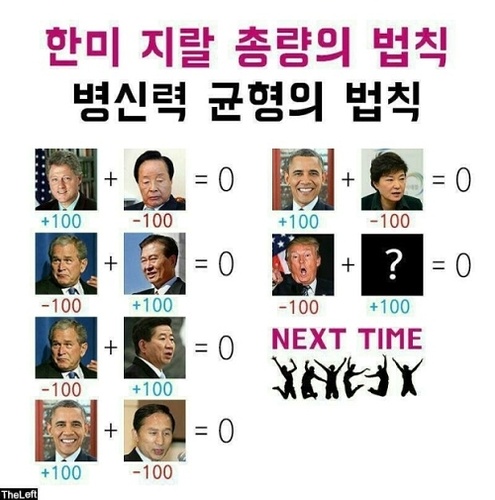 “Law of conservation of idiocy”

This graphic needs updating, but it’s held up all these years. Sort of like the “even number Star Trek movies are better” trope. After Trump, we got Moon (which is why Korea kept COVID-19 contained), and now that US has Biden, we got Yoon.

The conservative party has had 4 out of 4 presidents put in jail after their presidency for massacres and grift. Now that this guy was the former Chief Prosecutor, we’ll never be able to impeach him.

“We conquered it fair and square, for the Queen” ?

“My great-grandparents escaped here instead of fixing their own homeland problems, and, uh …”

I may be an American, but my dad’s side of the family was French speaking, French Canadians who migrated to New Hampshire. I suppose if I were to return to North America, I would choose Quebec instead of the USA. My only hinderance is that I learnt French from Arte and French colleagues, which isn’t what they speak in Quebec.

I suppose the Koreans are thinking about Canada because of all the Hong Kong citizens who migrated en masse just before it was handed back to China. But those were in the Commonwealth, former imperial subjects and whatnot.

I suppose the Koreans are thinking about Canada because of all the Hong Kong citizens who migrated en masse just before it was handed back to China. But those were in the Commonwealth, former imperial subjects and whatnot.

I’m not sure I follow. You know that Koreans have a very distinct culture and language from China, right? How is Hong Kong relevant?

A memory of news of how so many from Hong Kong went to Canada without deeper knowledge may have planted an image of Canada being welcoming to all, that was my suspicion. That many spouting off about moving to Canada do so because of such superficial readings. Canada sounds more plausible to them than Australia or most other nations.

An essential part of planning any great holiday is understanding the weather. Visit Selective Asia for detailed South Korea weather and festival guides.

I think Canada has a decent mind share in Korea, maybe most from students going abroad to study English and/or their entire education. Some media-personalities (how do I say not just k-pop) grew up in Canada (some born, some raised) and then went on to a career in Korea.

I’m sure this applies just as much to Australia, the US, etc, so I’m not sure why Canada would get singled out. I guess we just haven’t done anything too offensive recently (ie Trump).

A few years ago I remember a trend of news stories talking about how with Trump leading the US and Boris Johnson leading the UK and various other right-wing politicians gaining traction in other countries, Canada under Trudeau was one of the few countries still flying the flag of a progressive liberal democracy. How much truth there is to that is questionable, but it was definitely a narrative that various news agencies decided would get clicks. It may be that young South Koreans picked up on that narrative.