Wizard Rock the Vote: help the Harry Potter Alliance get out the vote

“Vote!” is the coward’s way to say “Vote democrat”

That would make no sense at all, except for Republican efforts to suppress the vote.

Also, I wonder how a Trump supporter would react to Dumbledore knocking on his door? 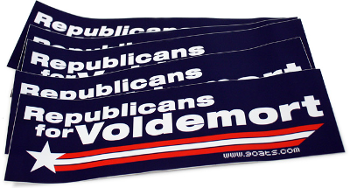 “Vote!” is the coward’s way to say “Vote democrat”

Right. Because Republicans never need to get voters out. Yes, Mr. Trump, you do need a get-out-the-vote effort

Trump claims he "doesn't know" that he needs GOTV. He needs it.

40 - 60% of the American public tends not to vote. If that percentage of the country really were overwhelmingly for the Democratic party, our political system would likely look very different.

Oh, and, welcome to BoingBoing.

I just put my wand in four wheel drive.

So it’s bad when Russian oligarchs meddle in our country’s elections, but when British wizards do it, it’s suddenly okay.

I’m not saying that the country is overwhelmingly for the democratic party, but that the people who are affected by GOTV schemes are disproportionately democratic. Look at this one, harry potter, skews young, female, (don’t know about race), presumably higher proportion of graduates, that’s the demographic of the democrats.

Can I please get a citation for that?

While I’m sure HP fandom has a large female population, I’ve never gotten the impression that the fandom has more women than men.

Also, I wonder how a Trump supporter would react to Dumbledore knocking on his door?

Assuming it wasn’t with a shotgun blast? Depends on whether he was wearing a white pointy hood or not is my guess.

the people who are affected by GOTV schemes are disproportionately democratic

I’ll just point you back at the article I already linked to, where it calls Trump out for doing a surprisingly poor job of GOTV operations compared to previous Republican campaigns.

There’s nothing unique to the Democratic party about GOTV.

*while, yes, of course acknowledging that there was always a significant adult contingent to HP fandom…

J K Rowling’s world doesn’t have the psychological depth to have female characters who, despite serious flaws, are still basically on the side of the good guys.

I haven’t watched the films either, do they pass the Bechdel test?

… You do know that J K Rowling is a woman, right?

Which one is which?
I mean “vol de mort” means death flight and Umbridge is a near-pun on “to take umbrage”, both of which seem hallmarks of the Trump campaign.

If you want to get all of the references from the series, please read the series.

Yes. Yes, I do. She’s a pretty good writer, too. The Harry Potter books 1-3 were aimed fairly and squarely at early teenagers and struck exactly the right level which is why they were so popular.

I’m just suggesting that the Potter universe isn’t the best place to go for the kind of nuanced character that is needed for HRC.

OK, I get that… but the inclusion of the descriptor “female” in “female characters who, despite serious flaws, are still basically on the side of the good guys,” threw me a bit. I inferred that you thought she was able to right male characters fitting that description, but not female ones, which would be kind of an odd thing to say about an author who is a woman.

Most of the Potter movies pass the Bechdel test, but not all:

But that only makes sense, since “Rowling had overall approval on the scripts, which were viewed and discussed by the director and the producers.”

My question about “which was supposed to be which” was about the fact that neither of the characters resemble HRC, whereas both have Trumpist elements and the nominative determinism supports this.

It just seemed odd that you would be coming into here and discussing Umbridge, despite the fact that you should have no idea who that is beyond nominative determinism (she doesn’t show up until Book 5).

I think, in this scenario, she’s being used as a reference to the line “The world is not divided into good people and Death Eaters” (or, in this case, good people and “the basket of deplorables”).

It just seemed odd that you would be coming into here and discussing Umbridge,

What if it was “Left Behind” fandom urging people to “Vote!” without being explicitly partisan about it? After all, the orange blowhard’s ground game is well known to be weak, so he needs all the help he can get bringing evangelical bigots to the polls.

Yes, Harry Potter fandom is predominantly young and anti-authoritarian and pro-diversity, which means if they do vote they’ll tend to go for a Democrat rather than a Republican. That doesn’t mean that the Harry Potter Alliance is cowardly for promoting a general non-partisan GOTV effort – far from it, since (in contrast to “Left Behind” fans) a significant portion of Harry Potter fans will in fact vote for the candidate at odds with the values expressed in the books.

Huh. I would not have guessed that.

Still, if that’s accurate, is shouldn’t have much of an influence either way: the skew towards Democrat among HP readers appears to be very, very slight.

I would say vote Luna Lovegood, but some people here complain whenever anyone does that. 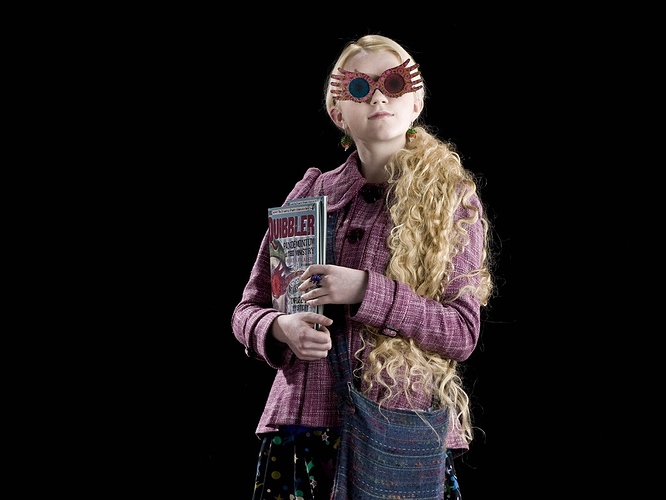