Woman at DMV started shooting because line was too slow, police say

At least this “responsible gun owner” didn’t murder anyone. This time. 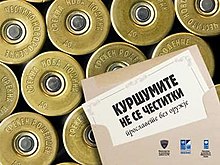 Celebratory gunfire (also called aerial firing or happy fire) is the shooting of a firearm into the air in celebration. It is culturally accepted in parts of the Balkans, the Middle East, the Central Asian country of Afghanistan, and the South Asian country of Pakistan. In regions such as Puerto Rico and the contiguous United States any practice of it is illegal, especially on holidays like New Year's Eve. Common occasions for celebratory gunfire include New Year's Day as well as religious hol...

Woman at DMV started shooting because line was too slow

The irrational part of me is hoping that she’s from the future, chosen from the base for her diplomatic skills, then sent to the present in order to avert a catastrophic event involving Trump’s Presidency.

The rational part of me is glad that she only shot at God.

So… Did it reduce the line at all?
Asking for… reasons.

i know this is serious and not a joking matter really, but… I LOLed at your comment.

Alright, KC in the news agaiiiaaaahhh goddamn it. It’s never something good.

She’ll have a job in at tRump Co., as soon as she gets out’a prison.

Question. After reading about her saying “the president’s security is in danger”. How do I describe and discuss the assumption that she was having some trouble with reality? So that I can ultimately discuss possible legislation that could allow professional experts to block certain at-risk individuals from access to firearms?

To be fair, the DMV in Missouri is especially horrible since operation of the DMV has been privatized.

“Time to rock it from the Delta to the DMV!” 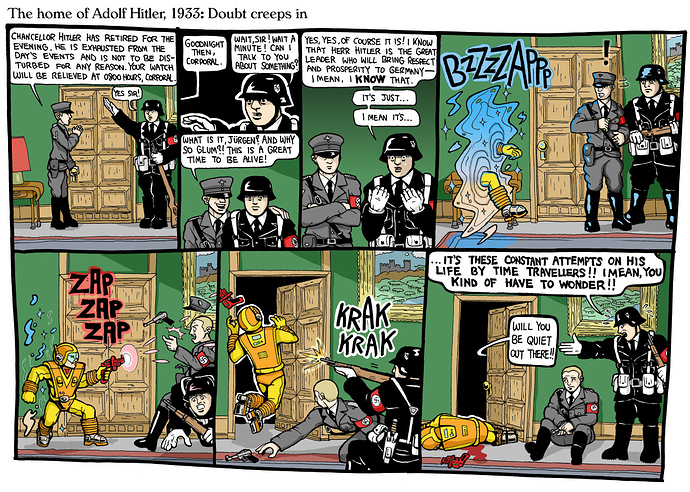 Man, I don’t know. The fact that she didn’t shoot and kill a dozen people or so is some kind of good news.

so much for that whole “an armed society is a polite society” bullshit argument.

It seems like if we have agreed that certain conditions mean you don’t get a driver’s licence, then it makes just as much sense that many of those conditions would bar you from having a gun. So I understand where you are coming from.

I think it’s important to identify exactly what the problem is. It’s bad to pin gun violence on “mental illness” for a couple of reasons. It stigmatizes people who don’t deserve stigma by stereotyping a big group of people.

People with uncontrollable hand tremors probably shouldn’t be carrying guns, but we don’t generalize that to all people with physical disabilities.

I don’t think it should be controversial to say that if a person has immersive hallucinations where they don’t know what’s real, if they have black out states where they act without conscious knowledge of their actions, or if they have grandiose delusions it might not be safe for them to carry guns. I think it’s very safe to say that if people suffer from depression they shouldn’t own guns for their own safety. But even then, if we did Bayesian analysis to compare the actual danger from say a person with schizophrenia who is carrying a handgun to a person who is known to have hit a girlfriend in highschool or a person who is unkind to dogs who is carrying a gun I’d hardly be surprised if it was the latter who was actually more dangerous.

It’s bad to pin gun violence on “mental illness” for a couple of reasons. It stigmatizes people who don’t deserve stigma by stereotyping a big group of people.

Most gun violence is by people who don’t have any obvious signs of mental illness. And the vast majority of people with mental illness don’t commit violent acts.

I would like there to be policies in place and infrastructure that works that can grab some of the low hanging fruit. Obvious crap like don’t let angry, abusive ex-boyfriends buy or borrow or live in the same house as firearms. Once a workable framework is in place to restrict firearms to the narrowest possible target, we can build policies about who is restricted and for how long.

Or we can amend the Constitution and remove the Second Amendment and not go through this complicated ineffective hassle of restricting specific individuals.

I’m not a mental health professional nor can I make such a diagnosis from the contents of an article. The policies of this website prohibits most discussion of mental illness, especially ones primarily of speculation.

I’m not a mental health professional nor can I make such a diagnosis from the contents of an article.

I didn’t mean to suggest that the woman in this case was such a person. The comments about the president sound strange but they don’t mean they didn’t know what was real and what wasn’t. I really just meant that the set of conditions that would get your driver’s licence pulled probably overlaps with those that suggest you shouldn’t have a gun. It’s not exactly safe to operate a firearm if you have narcolepsy.

But yeah, repeal the second amendment. Obviously other countries and the UN borrowed a lot from the US constitution when defining rights. Everyone seemed to think that freedom of speech and equal treatment under the law stood the test of time. The second amendment feels like an anachronism.

In modern America you must assume that everyone is armed in public and private. Failure to do so is suicidal. You must assume that any suspicious moves mean they’re reaching for a weapon, so shoot first. The gal at the DMV is lucky everyone else around her was unarmed. Good thing she wasn’t in Miami.

I do not argue for “gun control”. It is impossible in America. But a tax on firearms and ammo to pay for funerals – that could help.