Right wing dipshits do not know the difference between what we call socialism and what Venezuela calls it.

(They are vastly different)

The ones who are not as resistant to realizing they are wrong still will never admit being wrong when comparing Democrats to Venezuela. But they at least STFU.

A fascinating thing about Infowars is that, for all they complain about the mainstream media they borrow from it extensively. Jones’s “Larry King Live”-style set is one of those borrowings and it seems that seeking out unusually dressed people to interview at events they want to discredit (a favourite tactic with MSM outlets covering progressive demos) is another.

Not that it helps. The Infowars brand promises only one thing: “Teh Crazeee.”

The sailor woman actually has her own socialist podcast.

My favorite Infowars fail was when the reporter tried to goad a former libertarian turned Communist and failed, actually coming to this weird uneasy accord, giving viewers a decent crash course education in the process.
That one’s still up, surprisingly.

Therefore, Bernie Sanders is a hypocrite.

Yep. It checks out.

I am not even a socialist and could do a better job of explaining the reason Venezuela is fucked has less to do with socialism, and more to do with corrupt communism and GROSS mismanagement of resources and the economy.

Or at the very least you could say, “Canada has socialist health care and they, like, hardly ever eat rats.”

Or my preferred reply to a dumb ass question like that: "OK, so Venezuela is socialist and they are supposedly eating rats, but I can also name capitalist countries where people are eating rats, Zimbabwe, for example . . . so what’s your point? "

The U.S.A. is and always has been a democratic socialist nation - a government by, for, and of the people.

In the early 20th century many of our lawmakers went on an anti communist rampage against the rights of the American people going so far as to arrest and jail people for supporting a political system. We as a nation forgot all about what this nation is and went about trampling the rights of our citizenry in a fevered attempt to cleanse this nation of anyone who wasn’t a devout capitalist. It’s no accident that the movement was fueled by those with money and power. It was during this time, even socialism, a basic tenet of our nation, was maligned as being equivalent to communism. To this day, many Americans have no idea what socialism looks like and are completely oblivious to the fact that the U.S. mail, police, fire departments, military and every other program this nation has is in fact a socialist program. After all, we decided who can make laws, we all pitch in (taxes) to pay for everything our government does, and the owners of everything the government does are the people.

Moose nose on the other hand…

I’ve never been hit up by InfoWars, but I always try to remember important things to help deal with people that pull stunts like this. Things like liberal does not signify left-leaning, don’t equivocate between socialism and communism, please and you mean publicly-supported healthcare, yes?

The correct answer to a right winger asking you:
“but what about Venezuela?”
is:
“Never elect an angry man in a red hat president.”

This is what happens when a group of people eschew education but then pretend like they’re equipped to discuss complex issues. They equate different concepts simply because different people use the same words as a shorthand to describe distinctly different things. You can’t discuss socialism in an valuable way without defining what you mean by that term. And the ones that are smart enough to know they’re not the same thing are unethically willing to conflate the concepts because it gets them attention for selling super male vitality supplements.

Just cruising through to say this is a sailor suit: 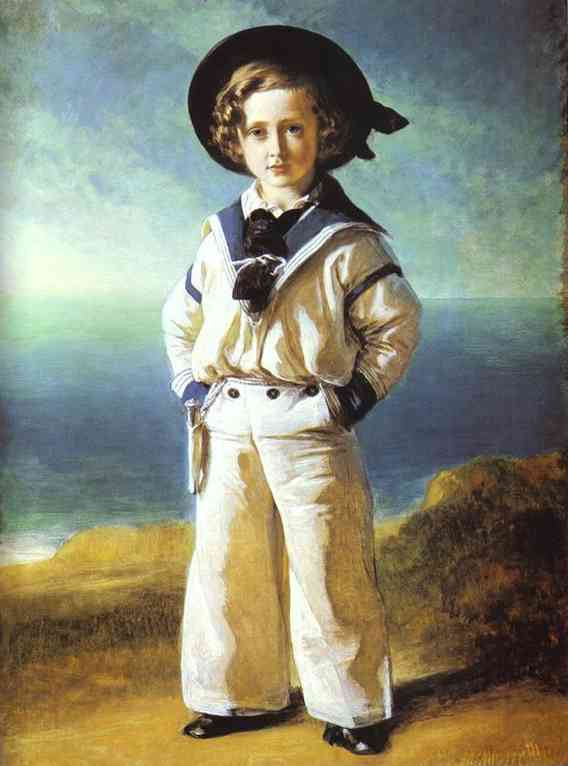 Scoff - I bet she doesn’t even work on a boat!

Or my preferred reply to a dumb ass question like that: "OK, so Venezuela is socialist and they are supposedly eating rats, but I can also name capitalist countries where people are eating rats, Zimbabwe, for example . . . so what’s your point? "

I’ve often thought about how if you compare murderous dictatorship to murderous dictatorship and democratic nation to democratic nation, the failure of communism becomes a lot less clear. People like to point out that the US ended up doing better than the USSR. But Norway, in terms of quality of life for typical people, does better than the US by being more socialist. Likewise, if you compare the USSR or China to some other country that has a violent revolution to install a murderous dictator, I think they may have done awfully well.

“Canada has socialist health care and they, like, hardly ever eat rats.”

lol. alberta doesn’t have any rats. now i know why.

actually coming to this weird uneasy accord, giving viewers a decent crash course education in the process.

Thanks for the video. I have always believed that those on the left and right have way more common ground to discuss things and come up with solutions but the media and the pols fuel division because they thrive on it. The sooner that we all (on both sides) realize that, the sooner those folks will be shittin’ bricks.