Apparently some variation of this 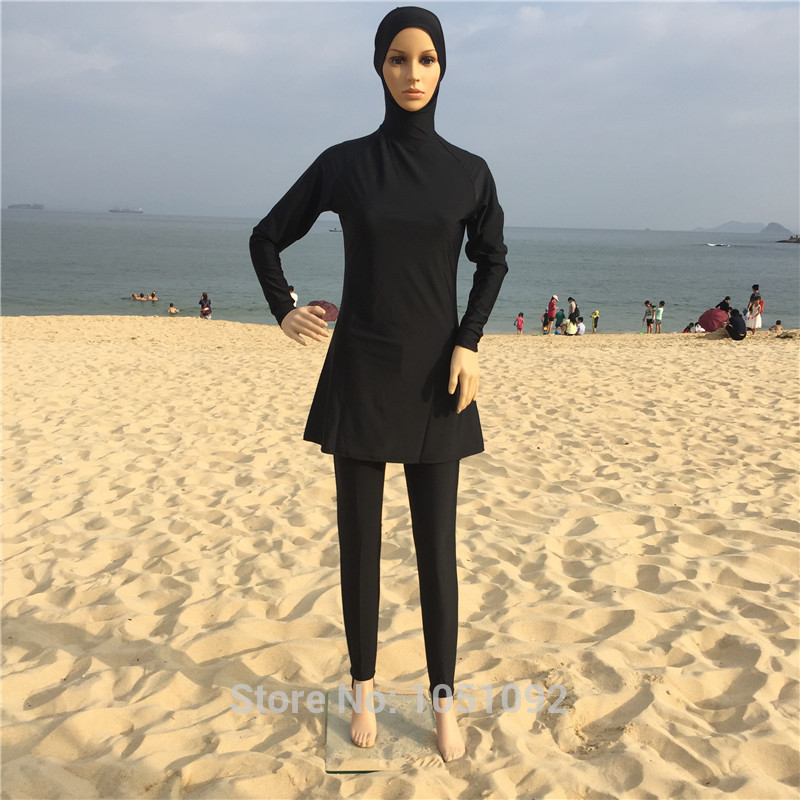 is what is worn, but women are still restricted to private or all women’s pools.

If they aren’t all terrorists (which we can agree not all muslims are terrorists)…and they have every right to their own cultural appropriations.

Not so much a missing middle ground there, as a whole missing landscape surrounding the parts of this faux syllogism. In my personal system of ethics I can criticise terrorists for being murderous dickheads, criticise whoever is systematically removing a whole class of people from media (i.e. women), and criticise Hollywood for putting whole classes of characters into stereotypal strait-jackets (e.g. not-Americans) while simultaneously attempting to erase the same people from their labour pool. Not only that, I can criticise the critics.

People in the Middle-East are not a protected class as far as criticism is concerned; that is not the point of Sarkeesian’s video. Pointing out Hollywood’s behaviour, and even saying that it’s bad, is not inconsistent with pointing out that erasing women from media is going to lead Saudi society to an even worse place than it’s already at.

but women are still restricted to private or all women’s pools.

Ah, so that explain why someone brought a manikin to the beach.

Never mind the clothing - the swimming pool (presumably full of several tons of water) is hovering weightlessly over the grass. What’s up with that?

Also, I can’t imagine anything shittier than being in a Saudi Arabia on a hot day and realizing that you have to wear your clothes in the pool.

I think they should have put a sea lion in the pool.

The opportunities for inadvertent typos involving manikin and mankini are in this context too risky. Let’s agree to mitigate the risk by using mannequin.

Well, i don’t know about you’all but my religion is very strict about mixed swimming with Winnie The Pooh blow up dolls. This is very alarming.

The irony, is that Saudi also banned Teddy bears. Though Winnie the poo (or “Winnie with the poo” as my then 3 yr old daughter used to call him), isn’t really a Teddy bear but I’m sure the portrayal is against some religious rule.

No prob. Anyway, that manikin is a clearly mannequin manque.

Manqué, I assume. Though it may also be manky. Which I would be, after wearing any such skin-tight swimwear covering most of my body, for any length of time.

You assume correctly, and I do hope you will pardon the offence. AFAIK, my supposedly smart phone forbids such precision.

I wonder what the subscription rate for Playboy, Penthouse and their ilk is like in Saudi Arabia? What causes an entire population to fall victim to religious conservatism…what a tragic social blight. Can ignorance and stupidity alone account for such a disconnect to normal human interest and desire?

Of course, seeing as I wasn’t (just) being pedantic - and it did give me the segue to manky. And I had to look up (again) to remind myself how to do it on a Mac keyboard. So offence pardoned and thanks extended.

Thought: a phone app with an azerty keyboard?

Well no, but ignorance, stupidity AND hypocrisy…

I should give you real answers to your questions:

“I asked you if you feel they had left her in the pool and covered her with more Photoshop clothing than they did the man and kids, would that have been more acceptable to you?”

I don’t know. It would have been less interesting, less surprising, and not as absurd as replacing a woman with a ball, which I said is misogynistic in my opinion. I don’t think I would have posted it if they had simply added clothing to the woman.

“What would have been an acceptable compromise in your view to Muslim views on women displaying their body in public vs marginalizing women in the Muslim community?”

I don’t know. In general I take a civil libertarian view on matters. People should be able to wear whatever kind of clothing they want to wear, and as much or as little as they want. I am suspicious of authority enforcing a dress code on people.

it’s called “An alliance between religious extremists and the ruling family”.

The extremists are part of the house of saud’s power base and even if they wanted to now they can’t really get rid of them without basically undermining their hold on the country. Not that they mind all that much, they’re powerful enough THEY can drink and have premarital sex all they want as long as they’re “subtle”.

Dave Navarro’s music career may have faded, but atleast he can still model.

Well no, but ignorance, stupidity AND hypocrisy

Ahh so subtle is the code word for the above mentioned hypocrisy… Now I get it… If you’re a god-rich royal you can fuck anything in the kingdom as long as you don’t do it in the mosque…and you prop up the hate-infected old fools who spew out the religious nonsense that keeps the populace ignorant and in control. What a nicely balanced system.

the hate-infected old fools who spew out the religious nonsense that keeps the populace ignorant and in control. What a nicely balanced system.

Yeah. Reminds me of how in a lot of states in the U.S., it’s against the law to sell alcohol on Sundays. And how churches there get to escape taxation. I’d go on, but I think you get my meaning.