Woman sues cops because they destroyed her empty house, thinking a shoplifter was hiding in it

I’m going to go out on a limb here and posit that our educational system is partly (if not mostly) to blame for the lack of critical thinking skills in the police forces in many parts of our country.
I mean, if our police were actually able on the whole to think critically about many situations they face, I believe we’d have much less militarization, much less racial profiling, and much less disproportionate pursuit of punishment that does not fit the crime.
And yes, this goes all the way up the chain to federal agencies who espouse silly arguments like “it’s illegal because it’s illegal” or “because of physical or cultural reasons”.

yes but people with critical thinking skills might question their superiors.

That reminds me of a story I was told many years ago by a writer who’d done a story about a small-town police force. He was allowed to ride along with a couple and the second day they got an emergency call and went back to the station to put on riot gear.

The writer asked if he’d need any protection. Whatever they were going into looked serious, but they assured him he’d be fine.

It turned out they used the riot gear every time they needed to rescue an elderly woman’s cat. It was the only time they ever needed it but they said with this particular cat they really needed it.

Those were the days.

The school systems aren’t to blame. There are plenty of smart, critically thinking people who genuinely want to serve their community applying to be officers. But they’re always turned down.

Most departments have a pretty low upper limit on the intelligence applicants demonstrate. Police departments don’t want smart people in the police because they don’t want to actually imptove relations with the public or do a better job for the people they serve.

yes but people with critical thinking skills might question their superiors.

This is the dirty secret of the American education system; it’s designed to turn out worker cogs, not independent thinkers. Teachers are not (thought of as or treated as) highly-trained professionals, but are instead thought of as line-workers turning out a standardized product and told to do more with less, and the high-stakes testing is just quality control.

The school systems aren’t to blame. There are plenty of smart, critically thinking people who genuinely want to serve their community applying to be officers. But they’re always turned down.

Most departments have a pretty low upper limit on the intelligence applicants demonstrate. Police departments don’t want smart people in the police because they don’t want to actually imptove relations with the public or do a better job for the people they serve.

Actually, I heard a long time ago it was because proper policing is really fucking boring, and you don’t want someone too smart or with too much imagination. It’s the clowns that are bored and need to roust someone for chuckles who cause the trouble, not that those are necessarily the the bright ones either. I think they either get promoted quickly or quit. Every time I drive through the Holland tunnel and look at the police detail standing there watching the stream of cars I think “if that was my job, I’d eat my pistol barrel.”

My sister’s in the police. In the UK, but I imagine it’s largely the same thing. Mostly dealing with drunk men who are beating their wives up, and busting people for driving offences. Doesn’t sound like fun to me. 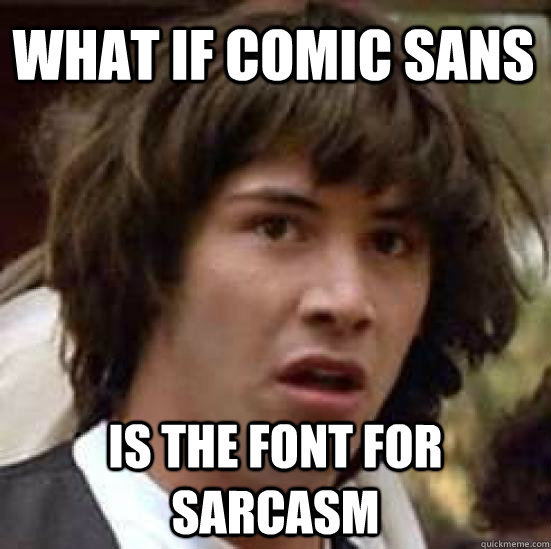 Oblique really brings out the passive aggression doesn’t it?

That would really suck, and not in the good way. 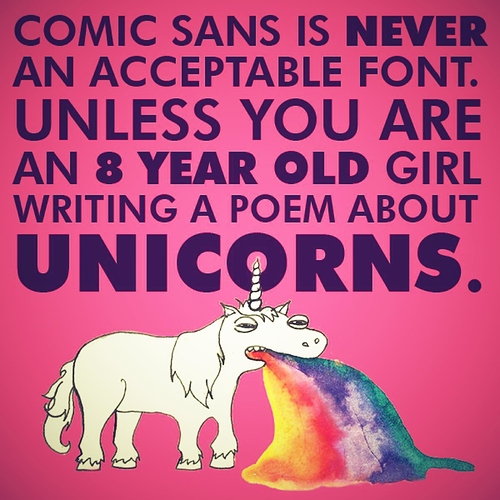 Oblique really brings out the passive aggression doesn’t it?

Not as much as Sarcastica Extra Bold…

Well, Papyrus is the true font of passive aggression…

…which you can use to weaponize puns

An acquaintance from college years ago had her house raided by the police because someone her daughter knew had maliciously called in saying there were drugs in the house (there were none). She was in the shower at the time and they busted her bathroom door down, forcefully pulled her down on the floor and broke her arm. She later required surgery to get it back properly. Her and her daughter were threatened under gun point to exit their house, i want to say they didn’t even give her time to put clothes on.

I believe she later sued the police for the whole fiasco but i don’t know what the end result of it was. Wish i knew.

Yeah, I can see the confusion.

In the end, according to Techdirt, he pleaded guilty to “felony eluding and felony rioting.”

I still don’t think either of those crimes should rate enough of a “dangerous offender” status to tear apart a house looking for him.

This is how Trump seems to think about nuclear weapons: “If we have them, why can’t we use them?” 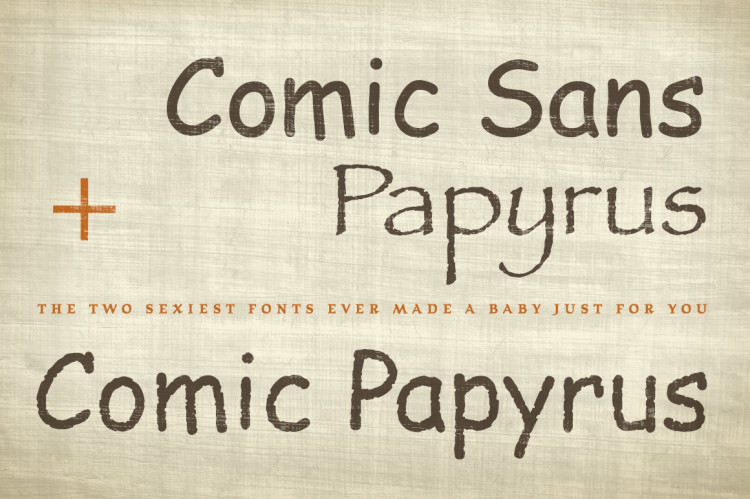