I like the sentiment, but does this cause any conservation issues for the cemetery? You’d think that whatever they use to remove the adhesive would cause the headstone to wear away more quickly than it would otherwise.

I feel the same. With all the things I’ve been told by someone who volunteered in a cemetary never to do to gravestones (like, touch them) especially if they’re limestone, which this one looks like… this is kind of making me twitchy.

It puts a tear in my eye…And makes me wonder, does anybody do this to the graves of Michael Schwerner, Andrew Goodman, or James Chaney? They were murdered for attempting to register black people… 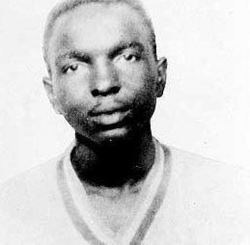 Murder Victim, Civil Rights Worker. Born in Meridian, Mississippi the son of Ben and Fannie Lee Chaney Sr. James shared his parents with three sisters and a brother. While in high school, he and other students began wearing paper patches reading 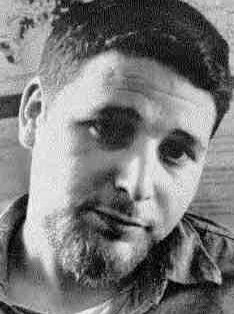 Civil Rights Worker. Michael Schwerner, James Chaney & Andrew Goodman began their midsummer's day visit to Neshoba County with an inspection of the burned out remains of Mount Zion Church. they then visited the homes of four black members of the... 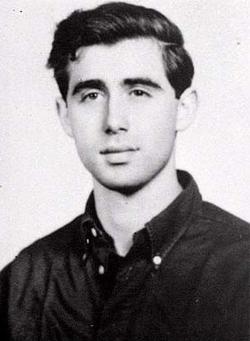 Social Activist. Born the second of three sons of Robert and Dr. Carolyn Goodman on the Upper West Side of Manhattan. He attended the unconventional Walden School and during his sophmore year he went to Washington, D. C. to participate in the Youth...

I live in Rochester (actually went to university next to that graveyard), and I find this incredibly sweet. Given the sort of community pride centered around her and Frederick Douglass, I can assure you that their gravesites are well-taken care of by the conservators.

I might head over there myself to do this.

It seems to me that any permanent damage done to the headstone by all these stickers would itself be of historical significance in the best possible way.

I think Susan would approve. In any case, we should hope the suffragettes’ legacy long outlasts any physical monuments we could build for them.

Why not Victoria Woodhull? Victoria Claflin Woodhull, later Victoria Woodhull Martin (September 23, 1838 – June 9, 1927) was an American leader of the women's suffrage movement. In 1872, Woodhull ran for President of the United States. While many historians and authors agree that Woodhull was the first woman to run for President of the United States, some have questioned that priority given issues with the legality of her run. They disagree with classifying it as a true candidacy because she was younger than the constituti...

Because no one knows who she was.

Well, piece of history and all that, but it can be replaced.

Um… gif of a young latina… something, something.

She was the original presidential sex magic witch.

Sorry, gotta do it:

Notice the second “e” in Frederick and the extra “s” at the end of Douglass.

Because she’s buried in the U.K., where there aren’t many voters in U.S. elections?

Sorry, gotta do it:

Notice the second “e” in Frederick and the extra “s” at the end of Douglass.

Was on my phone keyboard. Thanks for the catch. Correcting.

Because she’s buried in the U.K., where there aren’t many voters in U.S. elections?

would cause the headstone to wear away more quickly than it would otherwise.

Some of us do, actually.

Do people really know who Susan B Anthony was, besides being that lady on that poorly designed dollar coin that blind people mistook for a quarter?

Do people really know who Susan B Anthony was, besides being that lady on that poorly designed dollar coin that blind people mistook for a quarter?

I was going to answer affirmative, and then remembered that I’ve lived a third of my life in her home city, so my data will be biased.