Women are the backbone of the Star Trek fandom

I for one was introduced to Star Trek TNG and Voyager (and Stargate for that matter) by my first girlfriend. Before that I had only come across TOS and considered it the wrong kind of geeky for my taste.

one of the sci-fi series’ biggest legacies is shaping our modern concept of “fandom." The original 1960s series inspired everything from conventions to fan magazines to fanfiction.

And cosplay. Let’s not forget cosplay.

And yet the discussion of the show gets dominated by neckbeards who can only talk about Seven’s boobs.

Kudos for the call-out to Bjo Trimble. That lady arguably did more to make Star Trek what it is today than Roddenberry himself did.

When I was in a ST fan club, about half the members were women, including the Captain.

My wife once rejected a guy she went on a blind date with because he didn’t know the difference between Star Wars and Star Trek. “I mean, you have to know the basics in life…”

That is perfectly reasonable. She has a good head on her shoulders.

You know you don’t have to listen to those people? You can just say to a neckbeard Trekkie:

Who is Bjo Trimble and why should you know that name? Who wrote “Banned From Argo”?

When they can’t answer you just walk away in disgust.

The only power people like this have is the power you and I give them.

Is that even a contest?

Is that even a contest? 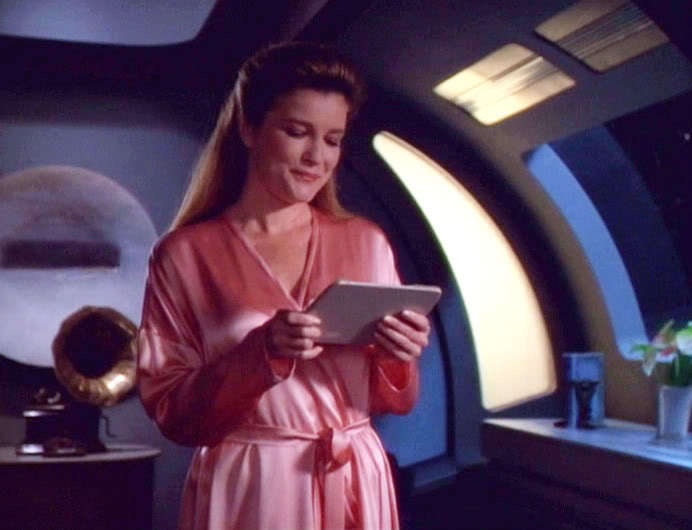 Which is hilarious… cuz those boobs were 80% padding…

One’s always a little disproportionate to the other.

That’s like explaining the difference between apples and pineapples.

Which is hilarious… cuz those boobs were 80% padding…

Did they ever establish whether or not Seven of Nine’s remaining cybernetic implants included high-tech weaponry?