What good is Biblical Morality if you can’t force others to endure its terrible consequences?

more than 1,000 emails from women in latinamerica

…and that is why we need the microreactor sets for everybody, everywhere…

the Catholic Church has remained merciless 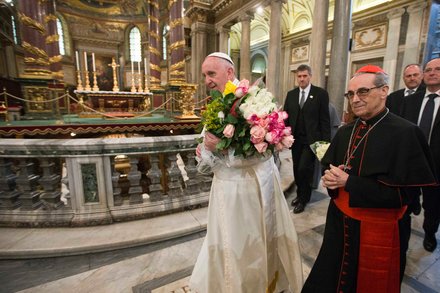 Francis Says Contraception Can Be Used to Slow Zika

The pope’s remarks stirred up divisions in the leadership of the Roman Catholic Church in South America about whether birth control should be widely allowed.

Cory tries to avoid unnecessary capitalization (especially camel casing) so as to avoid doing free advertising for brands (or something like that, it’s all very childish, if you ask me). Now apparently he has widened the crusade to include entire regions. I expect soon he will go full e. e. cummings, and dispense with capitals entirely. You know. For clarity.

Interesting discussion, not, when people are talking about much more serious events.

I really hope ‘Woman on the web’ can reach and help more woman/families.

It’s not established whether the microcephaly is from Zika, or the pesticide to kill the mosquitoes going into drinking water, a combination of the two or yet another cause. The “study” connecting Zika to the microcephaly was of two cases. I put the study in quotes but the authors clearly say more study is needed.

The WHO says the jury is still out on whether Zika is responsible for microcephaly but calls the Zika virus a public health emergency. (WHO is to say?)

[quote=“ben_ehlers, post:6, topic:73961, full:true”]Cory tries to avoid unnecessary capitalization (especially camel casing) so as to avoid doing free advertising for brands (or something like that, it’s all very childish, if you ask me). Now apparently he has widened the crusade to include entire regions. I expect soon he will go full e. e. cummings, and dispense with capitals entirely. You know. For clarity.
[/quote]

Then again, much to my surprise, he did post about himself being a clue on a major TV game show and did use the non-standard and brand-specific punctuation. I almost couldn’t believe it:

I was a Jeopardy! clue

The church is oppressing its vulnerable members. There should be a private right of action against churches to prevent and remedy the risk of injury to individual liberties of its members.

To say a little more on this, those thousands of microcephaly cases are all in northern brazil, but there are thousands of Zika cases without microcephaly reported (well, maybe one case) in Columbia. Seems like Brazil is grappling with the question with the feds saying there’s no pesticide link at the same time a regional health secretary has banned the pesticide in drinking water. On this link, what the WHO rep is quoted as saying to CNN is at odds with what I read on the WHO Zika site. It could just be wordplay or their position is evolving as we speak.

One thing I don’t see talked about, and I am not 100% up to speed on where different industries operate throughout Brazil, but there was definitely a mercury problem associated with the Brazilian gold rush of the late 1980s. Mercury could absolutely cause microcephaly. There are also massive pesticides deployed on soy animal feed plantations cutting through the rainforests. There’s no other way to do it (other than what I’d advocate: to not do it at all) because these miles-long tracts are surrounded by jungle. Check out the hormone disruptors, neurotoxins and developmental/reproductive toxins found on soybean feed grain.

If the birth defects are “only” coinciding with the presence of Zika it could be that Zika makes the body more vulnerable to these threats, or it possible that these environmental contaminants are opening the door to an otherwise rare side effect of Zika.

“He would climb painfully upon the framework of the machine and cast himself with all his force upon a key, head downward, and his weight and the impact of the blow were just sufficient to operate the machine, one slow letter after another. He could not work the capital letters, and he had a great deal of difficulty operating the mechanism that shifts the paper so that a fresh line may be started.”