Too late. No takesy backsies. 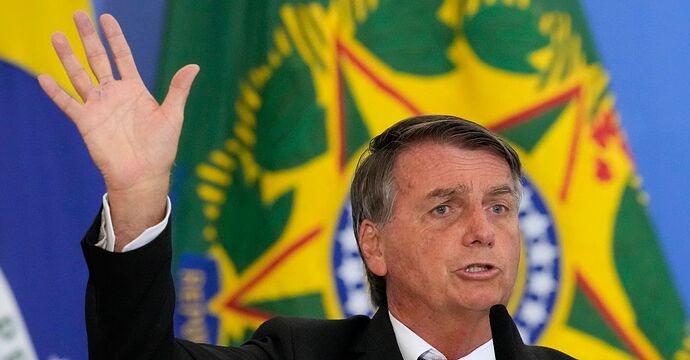 Brazilian President Jair Bolsonaro is contesting his defeat in the October election and calling on the electoral authority to annul votes cast on more than half of electronic voting machines used.

Finnish law-makers had a short, but heated debate Tuesday on the controversial Sámi Parliament law which has caused major friction within Finland’s coalition government.

The dispute largely centres on the issue of who has the right to be included on the voters’ roll for elections to the assembly which represents Finland’s indigenous Sámi people. If approved, the law would change how that register of voters is compiled.

Ilta-Sanomat writes that hardly any issue in recent times has aroused as much emotion in domestic politics as the new Sámi law.

The government’s proposal finally came to the parliament floor for debate on Tuesday afternoon, but the discussion lasted only 45 minutes.

Among the governing parties, the Centre opposes the bill, and Ilta-Sanomat reports MP Mikko Kärnä (Cen) was the most vocal opponent of the bill, shouting out objections even during introductory remarks by Justice Minister Anna-Maja Henriksson (SPP).

“In the future, this (law) will be about being included in the electoral roll, not about who should be considered Sámi in general,” Henriksson said.

“A caste system!” Kärnä interjected from the floor.

Efforts have been made to revised the electoral legislation for the Sámi parliament during the tenure of three governments, so far. The United Nations has reprimanded Finland several times for not sufficiently considering Sámi rights in its decision making.

According to the government’s proposal, in the future eligibility for participation in Sámi parliament elections would be primarily determined based on Sámi languages.

"The Sámi Parliament law as a complex matter, but the main issue is ultimately very simple - the current law has become hopelessly outdated and interpreting the law has caused serious problems, Bella Forsgrén (Green) pointed out.

MP Katri Kulmuni (Cen) criticized the proposal for not removing tensions but increasing them, and pointed to what she argued was a broader acceptance of self-identification among the Sámi in Norway and Sweden.

Minster of Justice Henriksson was emphatic that the new law is not about removing anyone from the electoral roll. Nor is it about land rights.

Parliament is likely to continue the debate on Wednesday, after which the bill will go to the Constitutional Law Committee, which will then prepare a report on the matter.

If the bill passes committee review and its report is ready in February, Parliament will be able to vote on the law before adjourning in advance of April’s elections.

Ilta-Sanomat writes that considering objections by the Centre, the bill will fail if the parties in opposition, as is usual, votes against the government’s proposal. 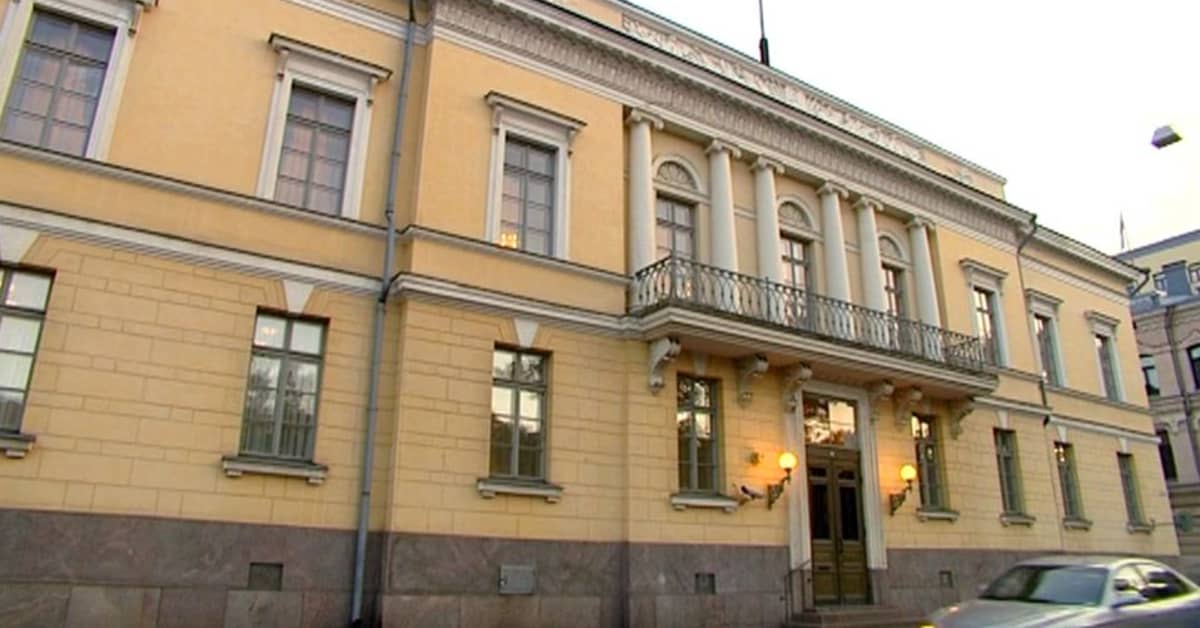 A fresh public opinion poll finds that nearly four out of five Finnish residents have a positive attitude towards the country's membership in Nato.

The deluge of requests has followed the passing of the Patient Safety Act, which can effectively compel professionally-registered employees in those fields to work during industrial actions. 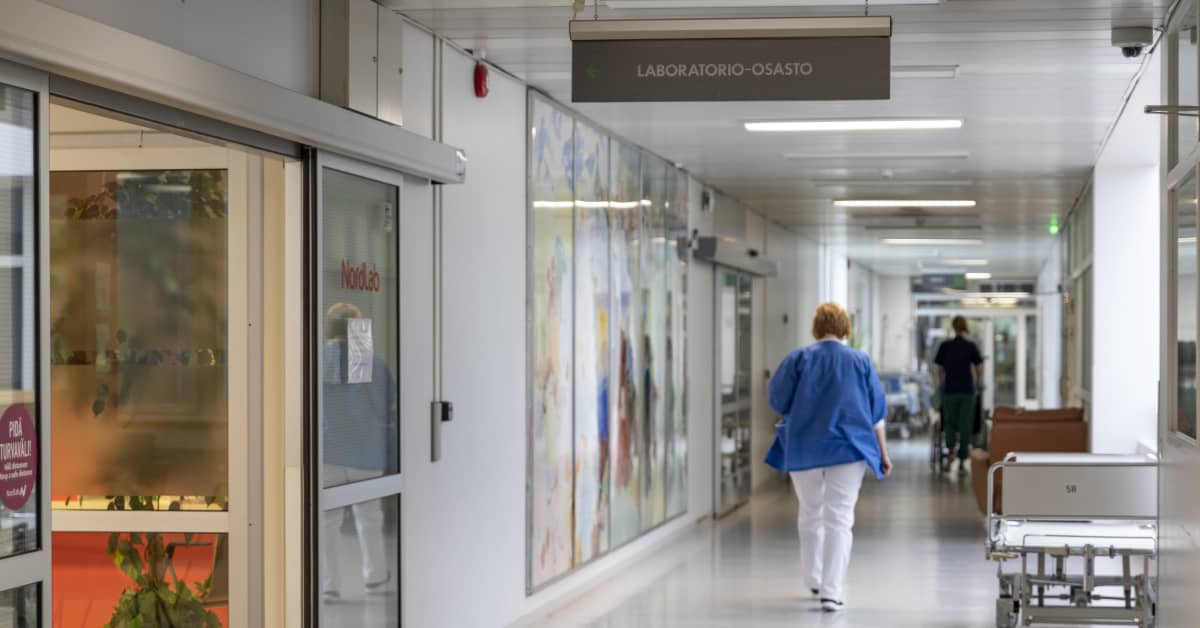 Paper: More than 800 social, healthcare workers ask for removal of their...

He asked that only the second round of the election be annulled because, according to him, the voting machines were rigged and favored Mr. Lula da Silva. He says that only the votes for Him are legal and valid.

Justice Alexandre de Moraes gave an ultimatum to Mr. Bolsonaro. He claims that the challenged machines are the same ones that were used in the first round, so ALL candidates must have their votes and mandates revoked.

Mr. Moraes gave a deadline of 24 hours for the Liberal Party’s petition to be modified. Unfortunately, for President Bolsonaro’s party, this would mean that everyone who was elected in 2022 would lose their mandates immediately.

We’re waiting to see if, in this strange game of poker, the Liberal Party will double down.

A boy finally got a surgery to not lose his sight. Unfortunately, the car He was traveling in was stopped at an illegal blockade, a barricade erected by terrorists in Brazil. His Father was disgusted and desperate, as the boy was in danger of going blind and he had to listen to the terroristas mocking them… 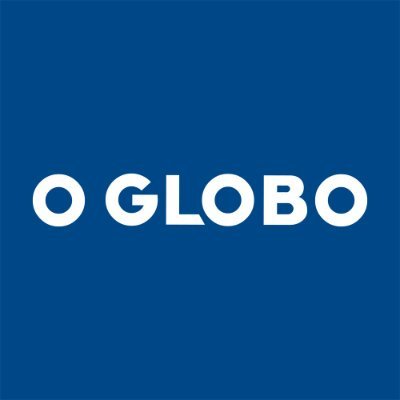 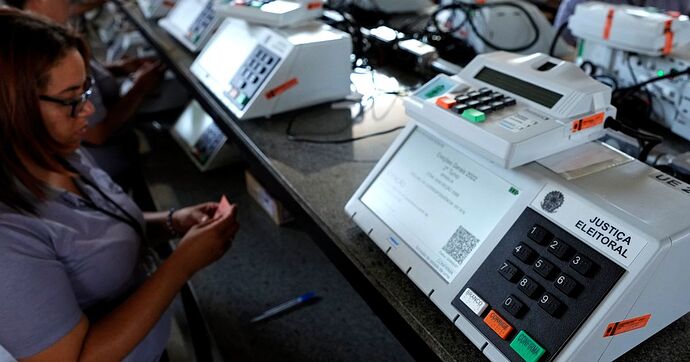 Bolsonaro spent more than a year claiming Brazil’s electronic voting system is prone to fraud, without ever presenting evidence.

ETA: Why doesn’t America do this? 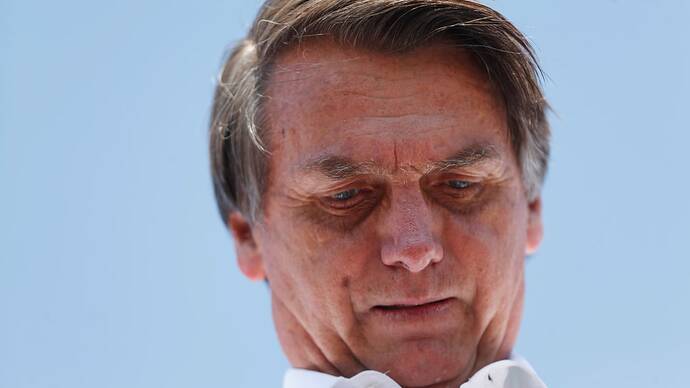 The head of Brazil’s electoral court blasted the “total absence of any evidence” supporting the plaintiffs’ claims. 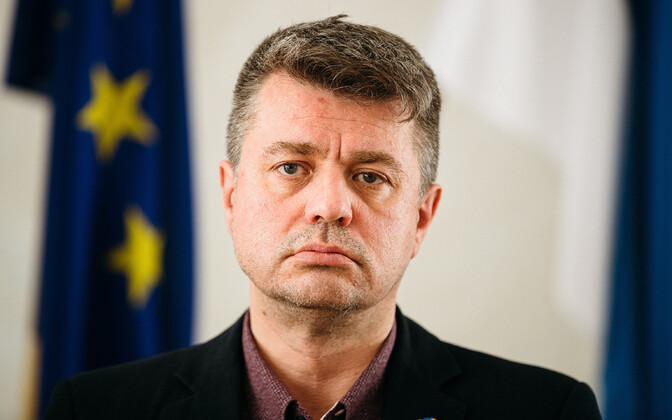 Estonia is after an agreement in the EU for a lower price cap on Russian oil than what has been proposed by the G7. Minister of Foreign Affairs Urmas Reinsalu hinted that Estonia could resort to its veto right.

Waiting to find out if some of our own crazies have been lending their “expertise” to this. 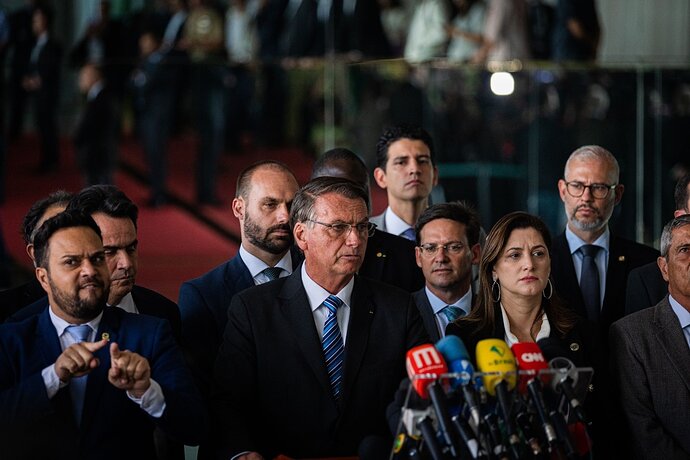 Trump aides Bannon, Miller advising the Bolsonaros on next steps

Some allies and advisers want the Brazilian president to contest his election loss to Lula. Others want a global fight over free speech.

No surprise. But I so sorry to hear this.

It was pretty clear from the start that this whole mess about voting machines had been brewing for a long time, and that these efforts to undermine trust in all sorts of democratic institutions seem to follow the same rulebook.

Yep. The fascists have global coordination.

Yandex, Russia's biggest tech company, wants to cut ties with the country because of the Ukrainian invasion, according to a New York Times report.

And it looks like it’s starting to get out of hand. Finally local authorities are starting to tackle the problem. 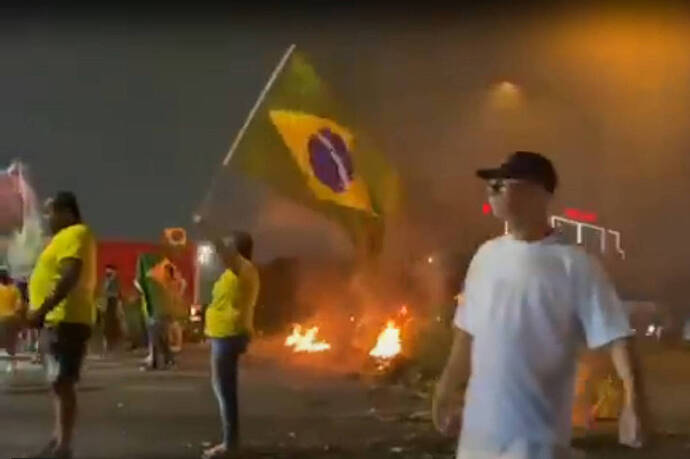 In recent days, cases of kidnapping, assault, and sabotaging of water supply have been recorded and authorities investigate cases as terrorism 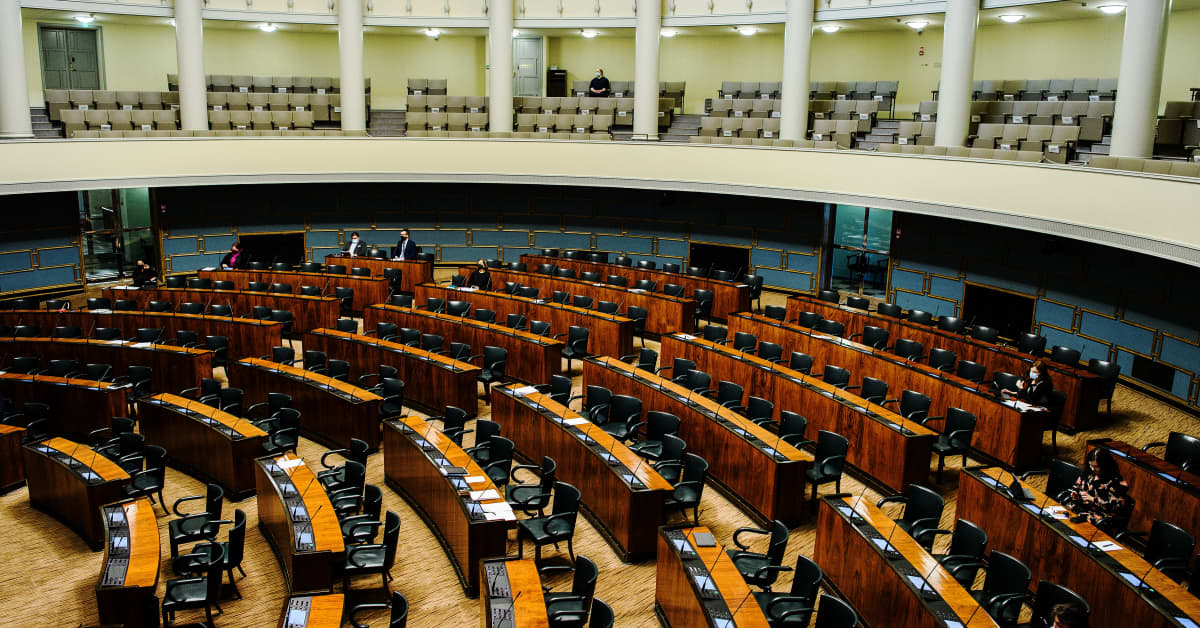 The committees are expected to report back to Parliament's main chamber by the end of January next year.

Hmm. One of those articles in which the nature of the controversy is not really explained, only that it’s controversial.

Unless they’ve changed the text of the law during the past week (possible), here’s something with somewhat more detail 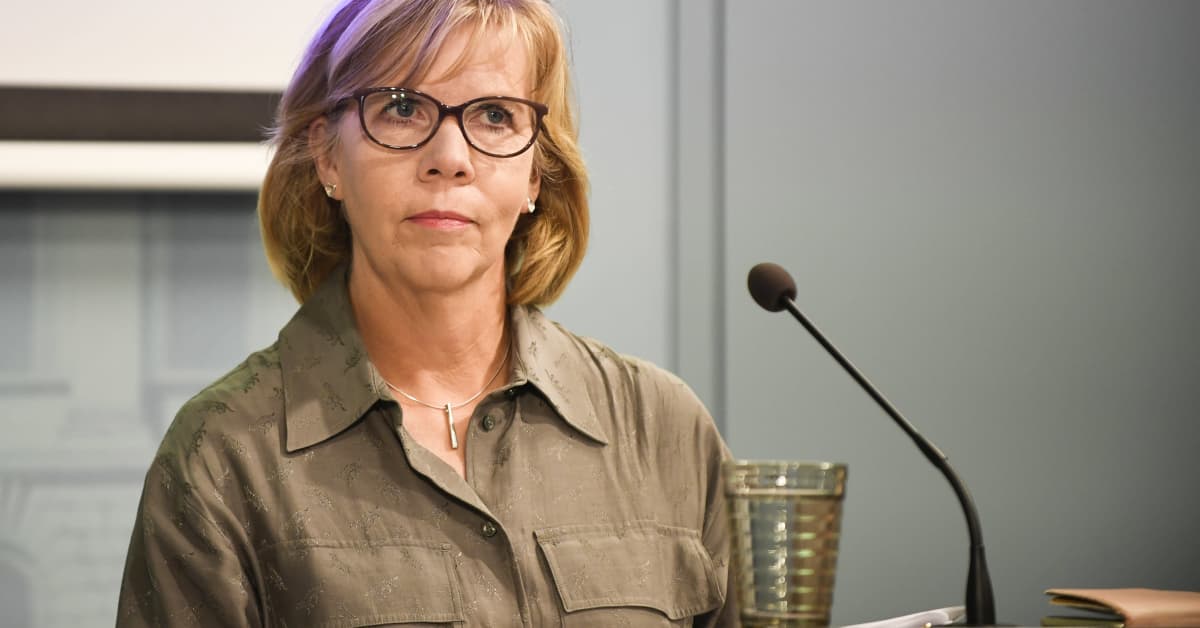 After ministers voted 11 to 3, Justice Minister Anna-Maja Henriksson, who drafted the bill, said she regretted the decision was not unanimous.

The law change would place more emphasis on the importance of the Sámi language, so that in future, a person whose great-grandparents learned the Sámi language as their mother tongue would be eligible for inclusion on Sámi assemblies’ election lists. Under current law, the language criterion only extends to a person’s grandparents. 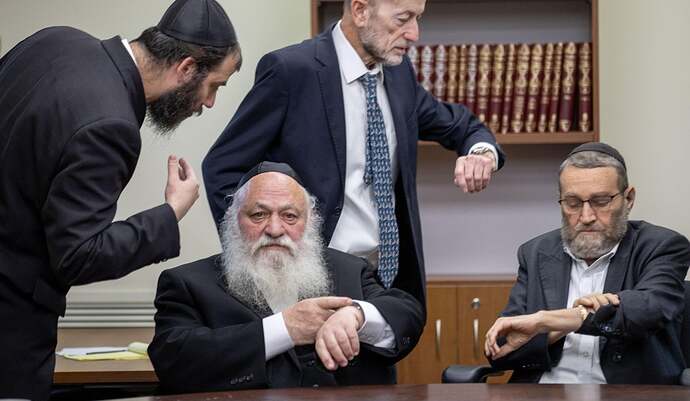 Why Israel's ultra-Orthodox politicians are terrified of Iranian women 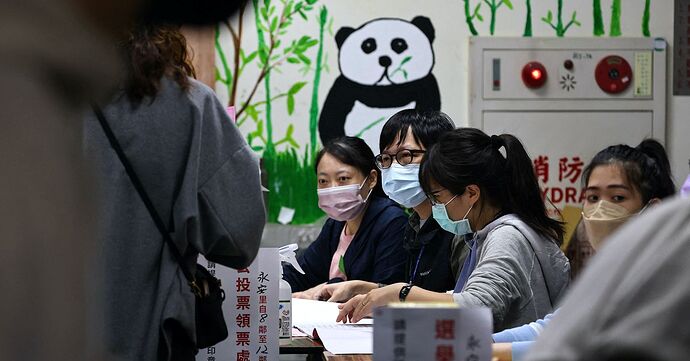 Taiwan's main opposition party the Kuomintang (KMT) stomped home to victory in local elections on Saturday as President Tsai Ing-wen's efforts to frame the vote as being about showing defiance to China's rising bellicosity failed to pay off. 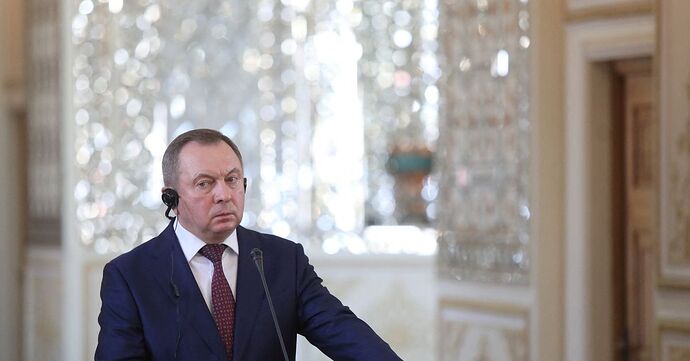 Belarus's long-standing foreign minister has died suddenly, the state news agency Belta reported on Saturday, two days before he was meant to meet his Russian counterpart.

Was it a window, a cup of tea, or an mysteriously exploding car, do you think? 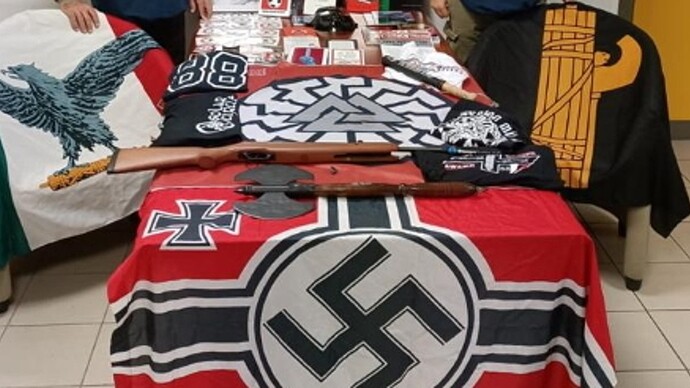 The Order of Hagal reportedly had significant international contacts, with overseas training, links to Ukraine militants, and even claimed to have met with former Trump advisor Steve Bannon.