Yet another mass shooting

and the kicker from the article…

Reinking’s firearms authorization was revoked in Illinois and four weapons were seized by authorities, among them was the AR-15 used in Sunday’s shooting, police said. The guns were returned to Reinking’s father, who told police he gave them back to his son.

What the ever loving fuck?!?! I hope the dad is punished even worse than the son for enabling this.

I’m just going to say it: Americans are shit at respecting the privilege of owning firearms and should be, by default, denied that privilege until they can prove capable otherwise.

I’m so fucking done with this. Enough already.

Even worse, apparently this has happened before (guns taken away from the son and given to the father who then returned them to the son).

I prefer the Guardian coverage where, oopise, they call the weapon an AK-15. 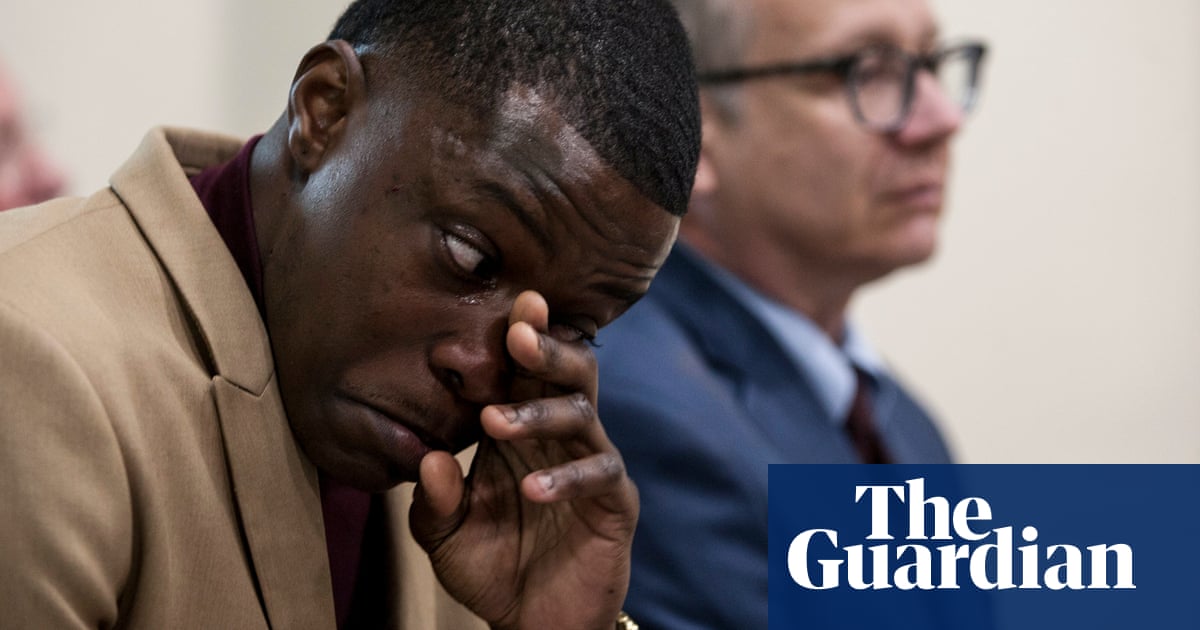 The secret service said meanwhile that the suspect, 29-year-old Travis Reinking, was arrested last year for being in a restricted area near the White House.

I’m just going to say it: Americans are

going to spoken of as an out-group by you, which you are free to paint with as broad a brush as you like. The unarmed man who stopped him, equally as American, and somewhat better at it.

The unarmed man who stopped him, equally as American

Let’s not forget that although mass shootings are more common here than other places, they are still very rare events–a fact which is bad for 24 hour news stations.

Let’s not forget that although mass shootings are more common here than other places, they are still very rare events–a fact which is bad for 24 hour news stations.

There is a mass shooting – defined as four or more people shot in one incident, not including the shooter – nine out of every 10 days on average

They’re rare in the sense that you’re personally unlikely to be killed in one, but the occurence is pretty much continuous.

Vox has some additional visualizations that are worth pondering:

In the developed world, these levels of gun violence are a uniquely American problem. Here’s why.

you are free to paint with as broad a brush as you like.

Indeed, I could’ve—and, perhaps, should’ve—replaced ‘Americans’ with ‘humans’ and otherwise leave it the same and I’d still agree with it, probably even more so.

This is likely too much levity for something like this, but I am pretty desensitized to these things. I noticed headlines claiming the shooting was done while the guy was naked, but aparantly he was merely shirtless… anyone else see this?

Team BBC’s report suggests that his nakedtude varied during the course of the incident; beginning with ‘naked except for a green jacket’; then ditching the jacket; finally obtaining pants at some point after making his escape.

More depressingly, the article also notes “Police released a photo of the rifle taken from him in the restaurant, which appears to be an AR-15, a weapon commonly used by mass shooters in the US.” It’s probably bad that ‘mass shooters in the US’ can be mentioned much as one would describe any other type of quirky hobbyists whose specific preferences might be unknown to your readers; but whose existence needs no explanation.

Oh yeah, I think I read about this last night.

I thought @TobinL meant there’d been another shooting at another Waffle House.

I’m confused, why would they give guns confiscated from an adult to his father?

Patriarchy is a social system in which men hold primary power and predominate in roles of political leadership, moral authority, social privilege and control of property. Some patriarchal societies are also patrilineal, meaning that property and title are inherited by the male lineage. Patriarchy is associated with a set of ideas, a patriarchal ideology that acts to explain and justify this dominance and attributes it to inherent natural differences between men and women. Sociologists tend to s...

They’re rare in the sense that you’re personally unlikely to be killed in one, but the occurence is pretty much continuous.

Exactly my point, with regards to the 24 hour news cycle. They get a disproportionate amount of attention for the relative risk (low).

Do I understand you right that guaranteeing the attention that murderous attention seekers seek is well and fine, and not a component of the problem?

It’s not like mass shooters & mass killers in other countries don’t have their names or deeds covered by the press. I guarantee you that most Norwegians can tell you who Anders Breivik is but their country hasn’t experienced dozens of other mass shootings since 2011 by people seeking the same kind of notoriety.

Europe also doesn’t have the same mix of massive numbers of firearms, gun culture, toxic masculinity and glorification of individuality and rebellion.

It is a cultural problem as well as a gun problem is my position. It seems like the politicians are only trying to address one part of the issue (and poorly at that).

Do I understand you right

Do I understand you right that guaranteeing the attention that murderous attention seekers seek is well and fine, and not a component of the problem?

Good luck having a nuanced discussion! Some issues really appear to draw out black/white absolutist thinking, but that’s totally not fear-based reactionary shutting down of debate when it’s about guns. (that last bit is sarcasm). Yay for our moderators.

I happen to think that in the US the very short news cycle has made armed gunmen (lets face it’s, it’s almost all men (who totally aren’t escalating their behavior out of fear nor reacting to a sense of loss of control, btw (more sarcasm there))), car chases, brown-people dying for what white people do at lunch, and jacking up pharmaceutical prices the sort of thing that people will do to get attention. And yes, I believe the business model of many modern news outlets (and every news outlet in the history of man) is built to profit by it - and yes, from time to time the press drives the story, rather than vice versa - and these gunMEN are, yes, in my opinion seeking attention and control over others behaviors (and opinions) that they lack in themselves and their own behaviors.

If you can’t dehumanize someone by contradicting them nor taking away their rights by lawful force, the second amendment guarantees you the right to own a weapon - one can use to accomplish such a sense of power and control by ending them in fact, rather than just in your opinion (as with a verbal contradiction or a belittling).