You can get ahold of this 1951 Vincent Black Shadow

I dunno man. Only one of these things made it into MoMa. 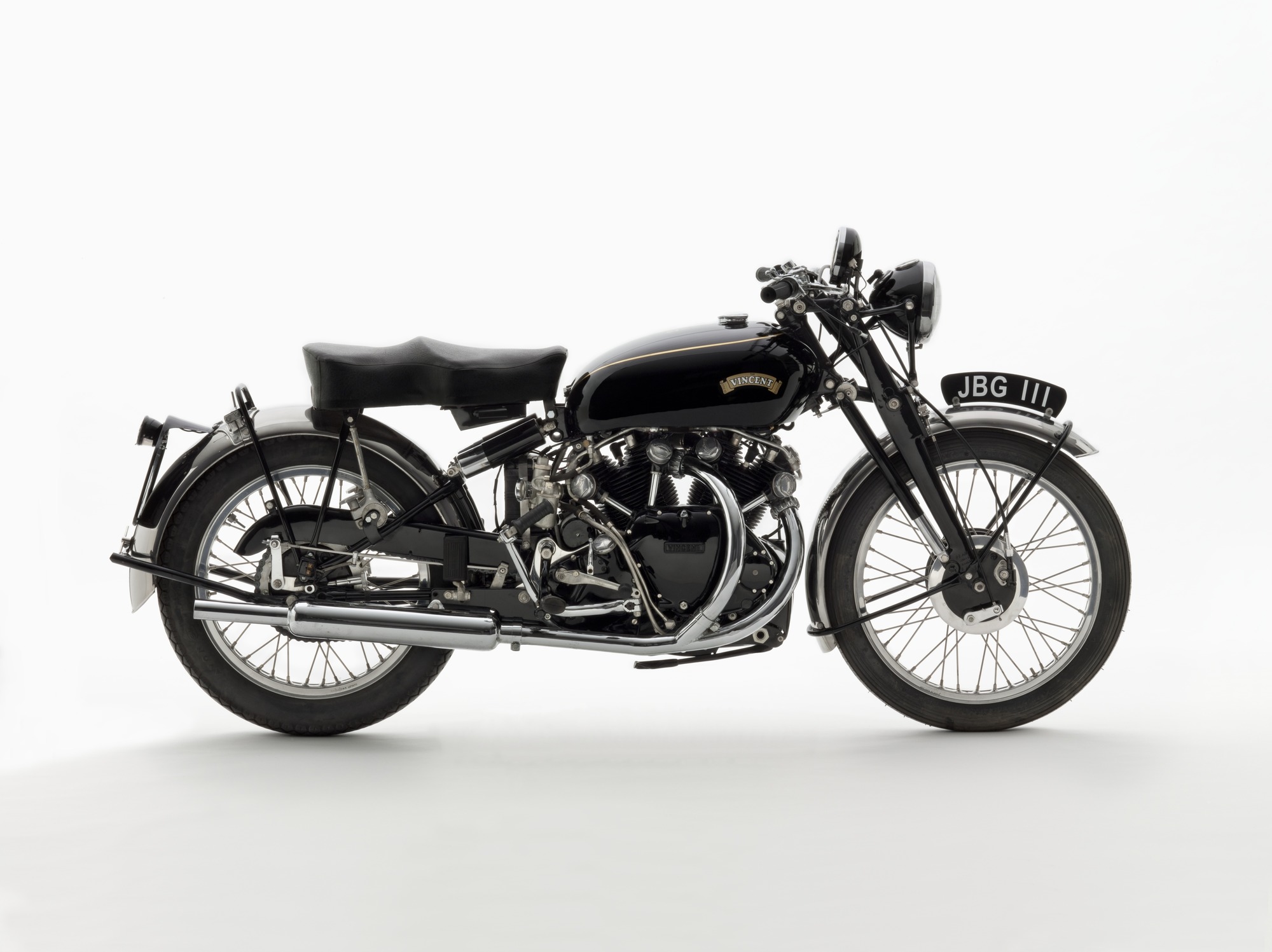 My old man had a Velocette Venom Thruxton back when he used to race in the late '60s. Also various Beezers and Beemers, and even a Manx Norton. The feller’s ben dead coming on a decade but I still want to kick his ass for not keeping those around for his yet-to-be born son, ie me.

You can go quite fast on one of those. https://en.wikipedia.org/wiki/Rollie_Free

As an SF resident, I wondered if the Crocker Amazon motorcyle is any relation to the Crocker-Amazon neighborhood. Evidently not: the bike’s namesake Al Crocker doesn’t seem related to SF rail magnate Charles Crocker, and I couldn’t find an explanation for name of either the bike or the SF avenue. Weird coincidence!

It was manufactured in Venice California, past that I know zilch.

Philip Conrad Vincent was the inventor of the legendary Vincent motorcycle and he lived in a village just a couple of miles from me: https://www.thurrock.gov.uk/thurrock-historical-figures/philip-conrad-vincent

No one’s posted the version by the band actually called Red Molly ?