You can put pickles up yourself

“You can put pickles up yourself”.

Google “glowing pickles”.
You can thank me later. 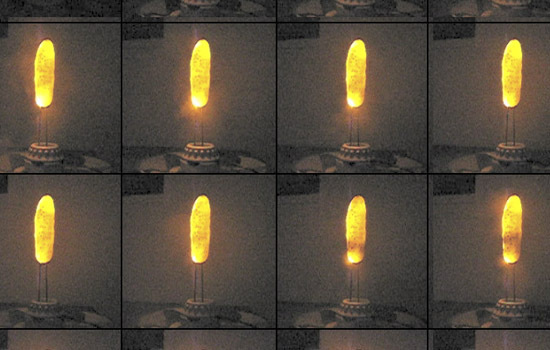 I second these. I have a set for the wide-mouth mason jars, and the small ones, so nearly every size they sell works. I’ve made the best sauerkraut of my life using their recipe. Also, the white kimchi was phenomenal.

I haven’t tried the white kimchi recipe. I think I know what I’m doing this weekend.

Spicy is definitely more my thing, but it was so different I think we ended up just snacking on it right out of the jar over the weeked until it was all gone. It has this subtle complexity that doesn’t come through in my preferred topping of fermented chili paste. It’s also such a short, simple ferment that it’s hard to feel bad using the time if it ends up not being your thing.

Napoleon thought pickles made his armies strong and offered $250,000 to anyone who could develop a way to preserve food safely. -Buzzfeed “Napoleon offered 12,000 francs to improve upon the prevailing food preservation methods of the time. Not surprisingly, the purpose was to better feed his army “when an invaded country was not able or inclined to sell or provide food”. Fifteen years later, confectioner Nicolas François Appert claimed the prize. He devised a method involving heating, boiling and sealing food in airtight glass jars — the same basic technology still used to can foods.” -NPR

I like a mix of about 40 percent small cukes, 40 percent pepperoncini, and 20 percent aji peppers, in a brine with some garlic. The cukes come out fantastic.

You Can Put Pickles Up Yourself

You can also store them in the cellar for later use.

Giardiniera (Italian pronunciation: [dʒardiˈnjɛːra]) is an Italian relish of pickled vegetables in vinegar or oil. Italian giardiniera is also called sottaceti ("under vinegar"), a common term for pickled foods. It is typically eaten as an antipasto or with salads.

Kinda sorta, but since I am a container gardener due to back problems I stick to what produces well in containers. Tomatoes, peppers, cukes, greens. Carrots and cauliflower I buy at the market.

Peppers and herbs grow well in containers, IME. Root veggies too, but they don’t get very big. Cauliflower, no way.

i agree. the silicone airlocks are super easy compared to the bubbler kind, and take up less space in the fridge or on a shelf, and the glass weights are super easy to clean and sterilize when needed.

I was expecting a more NSFW article, given the headline was “How to put pickles up yourself.”

probiotics are all the rage, i was thinking the latest craze was sticking a pickle up your butt. i’m sure it is just a matter of time.

wait it’s a joke? uh oh. well that was a waste of two perfectly good jars of pickles…

It is so easy to make refrigerator pickles. A few of the cheapest veges and moroccan-ish spices become a really nice spicy flavour thing. As a poor student, I can save myself from boring basic sandwiches and cupboard-is-bare sad meals at the end of the week (But anyone can eat it, life’s better to share)

Cook altogether for a few minutes. Add a good splash of vinegar and stir. Don’t cook long enough for the veges to go soft, leave them a bit crunchy.

Smoosh the lot into a large clean jar. Top up with vinegar to cover. Leave a day before eating, then it keeps for a week or two.