YouTube star comes out as gay in powerful video

Why is being or not being gay relevant in this situation? I don’t give a shit about my optometrist or barber being gay as long as he does his job I’m paying him for. She is showing makeup videos … same concept.

I don’t give a shit about my barber being gay

Well, that’s good. But some people do.

A lot of people still tie in gender assumptions to orientation. They may have the (false) idea that, for instance, a lesbian cannot instruct heterosexual women in makeup techniques. Add to this her story about having to hide her identity due to family issues and the story becomes that much stronger.

and narcissistic and absolutely LOVING the world-wide exposure and YouTube hits, etc etc

A good friend of mine is gay and works for a national non-profit org that has regional orgs throughout the country as well. One director in a state across the country has had it out for him as soon as she found out hew as gay.

One day, as everyone was attending a meeting, someone decided to go around and have everyone describe their weekend, as a way to break the ice. People spoke about their partners and spouses, including my friend, who at the time was dating another man. He mentioned him by his obviously male first name, and mentioned that they had gone out of town for the weekend.

The next day, his boss received an email from the other director, who said something like, “I do not appreciate THOSE PEOPLE shoving their life style in my face and talking about their sex lives! It is against nature!” This is NOT an exaggeration.

SHE VERY CLEARLY CARED that he was gay. Thankfully, she is now gone, but it took months, and she was clearly out for him while they were trying to go through the process of relieving her from her duties which made for a very uncomfortable and hostile work environment.

So yeah. Some people care. Even in 2015. And it’s super important to remember that. Just because YOU don’t see it, doesn’t mean it doesn’t exist.

Calm down, man. It’s just a YouTube channel. You don’t have to watch it. etc etc etc.

Just because YOU don’t see it, doesn’t mean it doesn’t exist.

…or because I live in a country without crazy ass fundamentalist christian values/laws.

…or because I live in a country without crazy ass fundamentalist christian values/laws.

That must be very nice! (Although the cynical part of me immediately responds with: what’s wrong with it otherwise?)

Here in the United States, I often have to remind myself that there are actually worst places to be queer and that it’s really gotten a lot better in my lifetime. (Which is not the same as “Oh, everything’s perfect now! Let’s stop fighting.”) Even here, it’s often a matter of location.

Well, it depends on what situation we’re looking at when you ask about “in this situation”.

If you’re looking at the situation of a fashion/makeup/video star’s ability to do so effectively, you’re right, her being gay is not relevant… unless, in individual cases, people find it relevant. Which a lot of people do. People who are gay may be thrilled to be able to see somebody like themselves represented in a field they love. Becomes pretty relevant then, not just to those specific people, but to how their reactions affect the field in the future (even if it just means increased sharing of this particular star). People who have problems with gays might be disgusted or dismissive, and that will be relevant in similar-though-opposite, and much sadder ways.

If the situation you’re looking at is the relative newsworthiness, her being gay is extremely relevant, because otherwise there isn’t a story (or it isn’t this story).

If you’re looking at the situation of being a BoingBoing reader and asking why her being gay is relevant to us if we don’t already watch her, well, as a human being who has no particular interest in makeup videos, I have enough empathy to be proud of somebody making a difficult personal admission and be glad that they finally feel free to be open about who they are, whether I know them or not.

Based on the rest of your comment, I think it’s pretty obvious that you meant it firmly in category A), so yeah, the sentiment that it doesn’t matter to you is nice and certainly important to express now and then. I’m right there with you on that… just don’t let it blind you to the fact that it is a big deal for some people, both for good reasons and non, and it’s certainly a big deal for HER.

ILGA-Europe disagrees. Germany is trailing many western European countries regarding LGBT rights. To be fair, Germany isn’t a terrible place to be if you are LGBT but there is a lot of work still to do.

At least it looks like your country won’t go backwards, unlike France.

… and where does the US rank? That was the comparison I made. ILGA seems to concentrate on governmental discrimination. Public opinion seems an important factor in “everyday discrimination” and that’s what I meant with “values”. Pulling up the PEW study mentioned in the ILGA fact sheet about Germany you get this:
http://www.pewglobal.org/2014/04/15/global-morality/table/homosexuality/

Germany:
51% of respondents in Germany rated homosexuality as morally acceptable,
38% as not a moral issue, and
8% as morally unacceptable.

USA:
23% of respondents in the US rated homosexuality as morally acceptable,
35% as not a moral issue, and
37% as morally unacceptable.

They say American’s are obtuse and unaware of the world around them, BUT WHY IS IT whenever this topic is brought up, some clown comes in here, tosses their hair back, sticks their nose up, and says, “Oh, well, you know. I don’t care because I live somewhere else.”

This wasn’t about you and your fucking experiences.

BTW, I SERIOUSLY DOUBT homophobia does not exist in your country. Let me guess: You’re straight. And your government has some nice laws. But… as someone else has already commented…

No, your country is not perfect. I promise you. Get your head out of your ass.

There is still plenty of homophobia in the fashion and makeup industry, as well as sexism. PARTICULARLY when it comes to the “big wigs” and the suits and the CEO’s. Yes, there are a lot of LGBT people in the industry, but most of them aren’t calling the shots. 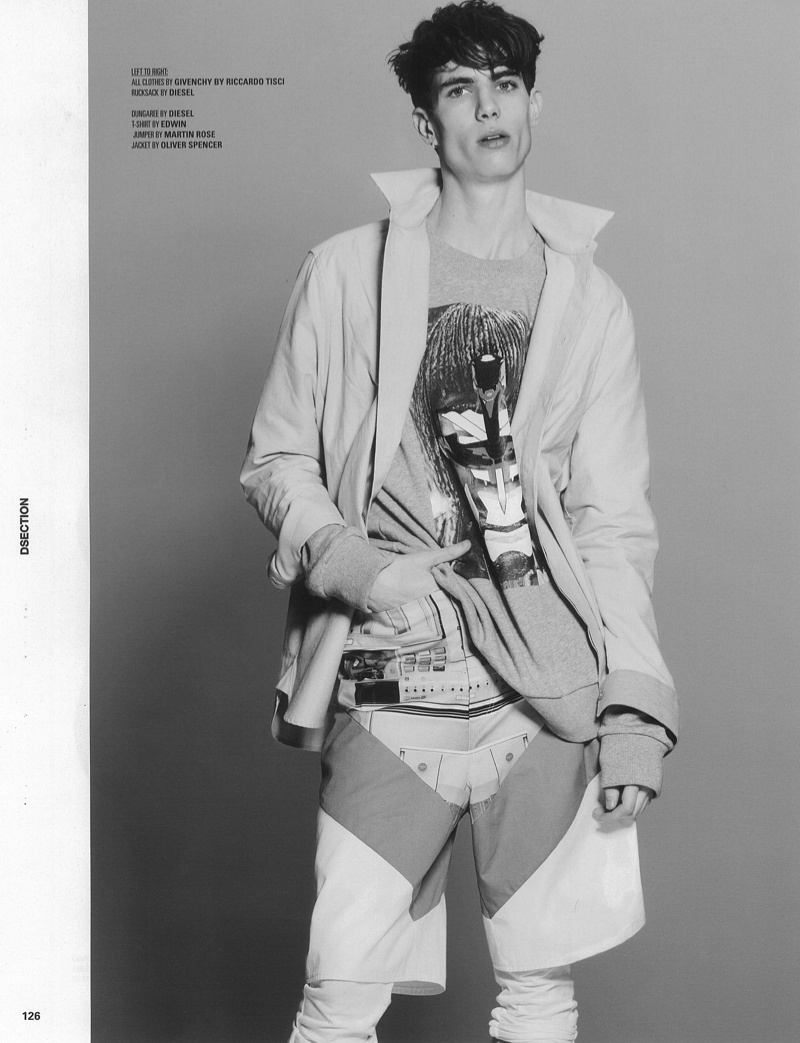 Equality Struggles (and Grows) in Unexpected Places–The last place many would expect to experience homophobia, most likely, would be the fashion industry. But Marc Sebastian Faiella, a young gay model, opened up about his experience.

AND THIS IS NOT A FUCKING PISSING MATCH about what country is better at shoving homophobia under the rug. Fuck’s sake. This isn’t about you and your country.

You’ve taken the conversation away from the really powerful and beautiful story of a young woman coming out as gay and made it into how awesome you personally find your own country. This is not about you or your country!

This is about Ingrid Nilsen and HER STORY.

Get back on topic. Stop making this about how great you think Germany is. This isn’t about you. Or Germany. This is about Ingrid Nilsen (but apparently SHE is the narcissist one, uh-huh).

so yeah, the sentiment that it doesn’t matter to you is nice and certainly important to express now and then. I’m right there with you on that…

Are you kidding me? His “sentiment” wasn’t nice. It was dismissive and rude and SEEPED in privilege. And now he’s made it all about him and his wrong assumption that his country is super duper awesome toward gay people always (LOL NO.)

though we might think most teenagers know a lot about being gay, my experience is that most teens are not terribly educated on the matter, and it’s still hard for the ones who are gay to explain it to their peers.

I think the coming out video is a nice phenomenon for young people who identify with the YouTube stars.They are reaching the right audience and relating their message in a way that fits for others their age; it’s not someone older sharing how they remember it feeling.

I hope this doesn’t come off as insensitive, but it’s fun to hear the drama around her emotional life and romantic life that I had at that age. It’s hard to imagine being quite so fraught with emotion, or least, not quite in the manner she is in this video.