So that’s what the kids are calling it these days?

sure, as “herbs” is a fixed term the boring kind must be qualified somehow

Is this another post about pollen for me to embarrass myself with?

But other than cumin, what’s it useful for?

How odd it is that none of the companies from whom I purchase herbs happen to sell cumin buds. Cumin seeds, sure, but no buds. I feel like I’m missing out on a special culinary experience!

@frauenfelder the aluminum ones are much better made, and don’t cross-thread as badly.

I strongly prefer one with five pieces, giving you three different grades of grind. It’s even cheaper right now: 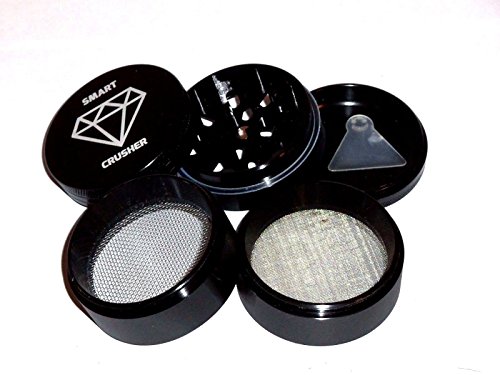 Here in Colorado we use those for grinding marijuana. You should visit and give it a try someday.

Here in Colorado we use those for grinding marijuana.

Here in Colorado we use those for grinding marijuana. You should visit and give it a try someday.

I have to say I am embarrassed: last time this came up I thought it was all abut spice grinding… now we know!

I"m trying to imagine the volume of cumin you use to need a machine to grind it. Especially since cumin is so much more potent now than my 80’s college days when you needed a bale to season your curry.

We’re only cumin. Born to rub on steaks.

I like my Space Case grinder. Very nicely machined.

Ok. That’s a lie. No one “ground” weed back then. We were lucky to find it.

That Postum ain’t gonna roast itself