The more one reads about the transition team and the future cabinet the more it feels like there is only one question that one needs to ask someone who voted for Trump:

If they answer yes, you should probably rethink your relationship choices.

Yes, the most successful way to achieve reconciliation is to first establish penalties for not agreeing with you, followed by demands that they agree with you.

Political differences aside, you might just be qualified to work in the new administration.

Are that many people really surprised? I know exactly which people in my life voted for Trump based on their position along the bigotry continuum and their love of authoritarianism.

Do you feel comfortable supporting an administration with decidedly proto-fascistic tendencies?

has already begged the question.

For many/most voters, tendency, signs and words mean nothing. The fact that they mean a great deal to me is my problem, not theirs. They’ll pass judgement when something becomes major, major headline (like actually passing a law to intern all Muslims, starting a big war).

Otherwise they’ll wait four years, and make another snap judgement about how they feel economically and culturally.

In the end, that may be the single most destructive thing about the Trump administration (which is saying a fair bit, considering how destructive I think it it will be).

Thing is - if you assume good intentions, proto-fascistic tendencies are (probably) going to be seen as a good thing, are they not?

Here’s what I’ve observed in people who have or are thinking of supporting the far right:

Such people seem to think (when probed) that the system tends to bring about compromise. So they voted for extremists because when those extremists are in office they’ll achieve only some of their extremism. Which will be about right. They don’t actually want Trump to nuke North Korea, ban birth control or build a wall whatever. Because they admit you’d have to be actually insane to think that he would. So when they hear liberals freaking out about some crazy policy intention, they don’t need to think about what it actually means. It’s just enough to know that it’s something a normal politician would never say.

The sticking point comes when I’ve pointed out that it’s a very high-risk strategy to think that an extremist isn’t really an extremist. The best they can say to that is “let’s see.”

Fucking too late for that, I say.

I know a lot of Trump supporters very well, and none of them, as far as I can tell, voted for him because they’re bigots or in any way assholes, despite what liberal America thinks. They voted for him because they think liberal policies are “the government knowing what’s good for them”. They also think environmental concerns are overstated. And of course the whole gun thing. Not saying they’re necessarily correct, but those are their reasons.

In my opinion it comes down to the fact that they live in the countryside, which requires a lot less regulation/government than living in the city. And looking at a map of election results its pretty hard to argue with that divide. So unless you think assholes live in the country while decent people live in the city you might want to revise your theory about why people voted for Trump?

Here’s a fantastic New York Times article about the divide that pretty much nailed it in my opinion: 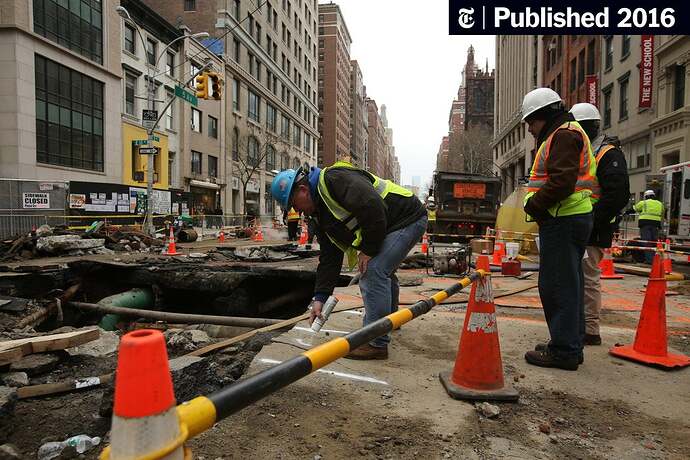 What’s Your Ideal Community? The Answer Is Political (Published 2016)

There is a clear correlation between where people live and their chances of being conservative or liberal. Less clear is why.

Of course some people voted for Trump because they’re assholes, but plenty of assholes voted for Clinton too.

They voted for him because they think liberal policies are “the government knowing what’s good for them”.

If that was their primary reason, rather than bigotry and fascism, they could have voted for Johnson.

If that was their primary reason, rather than bigotry and fascism, they could have voted for Johnson.

And I could have voted for Jill Stein or written in Bernie Sanders, but they like me wanted their votes to count.

I was trying to hint at the fact that should this administration turn out to be as horrific as it currently seems likely then the ship for reconciliation has sailed. Anybody who values living in a liberal society will then have to start thinking of defending it for real. And guess what - that does include taking a sharp and realistic look at your opponents.

Where this is just confirming what you know about the other person as a bigot more than anything else, I don’t imagine the question of whether to keep the friendship is that difficult. But despite what a lot of people say, there are many people who voted for Trump despite being unhappy about many of his positions, and without being irredeemably terrible. For those people, I’m not sure how distancing yourself will make anything better. For one thing, it won’t make them less likely to act differently in the future. Part of the problem is that there isn’t enough communication and understanding between people with opposing views. Humans are behind some all of the worst atrocities in history, but they’re all we’ve got. At the end of the day, we have to persuade people and negotiate with them for a better society, because no platforming them and giving the worst interpretation of all of their views doesn’t work.

But it’s not merely a country versus city divide, as the many charts show.

Someone who makes public calls for violence against anyone who doesn’t agree with him, is himself a confessed criminal with many more victims still coming forward, who has not merely failed but actually bankrupted himself multiple times – despite 1) being given millions of dollars to play with from Daddy, 2) being introduced by Daddy to all the right players to get started in the big leagues, and 3) being involved in what are normally the most lucrative industries possible – who has known ties to Putin calling the entire election process into question, and who actively courts the most racist, sexist, xenophobic people and organizations to his cause…

this is who they willingly chose to vote for.

And let’s not forget how many voters in those crucial swing states were illegally kept from voting, to ensure this would happen.

Anyone who voted for Trump chose hatred of others over country. They finally got the candidate they really wanted, and boy are they thrilled.

We need to protect ourselves from them, not coddle them any more than we have up to this point. They’re not misguided…they’re dangerous.

Of course some people voted for Trump because they’re assholes, but plenty of assholes voted for Clinton too.

And I could have voted for Jill Stein or written in Bernie Sanders, but they like me wanted their votes to count.

So, (barely) arguably an excuse for Trump voters living in swing states, but not for those in Red or Blue states.

If you want to delude yourself that Trump voters are dumb and hypocrites or whatever, have at it. But of course you’re mischaracterizing them. They don’t, generally, want government spying on them or to make drugs pot illegal. And they’re certainly not “hyprocrites of the worst kind” (queue the Nixon voice). Their administration might very well wind up being fascist, but they’d argue that Clinton’s would as well. I’d certainly argue that they’re voting against their own interests, but nothing new there, and it still doesn’t make most of them assholes or bigots.

this is who they willingly chose to vote for.

That’s how we see Trump, but that’s of course not how they do. To put it another way: they want something to change in government. And I personally love Hillary Clinton, but I’d find it hard to argue that she’s in any way a change candidate. For me that’s great, I don’t want change over the last 8 years, but a lot of people do. And if you want drastic change in our government, Hillary is simply the wrong person to vote for.

This. The people in my life who voted Trump were never reasonable people who have been swayed to the dark side. They were always on the dark side. It’s just that in the past, they had to make an effort to seem reasonable, and had to rely on coded language, dog whistles, and concern trolling unless they were among like-minded individuals.

Not a fair question, and part of the tone deafness from the left less-far-right that won Trump the election.