I disagree about Battleship - it’s actually an interesting exercise in visualizing spacial relationships for younger kids. And there are probably some variants that one could come up with to make it a little more challenging, such as a minesweeper-like interaction where instead of just saying hit or miss, one might say how close the shot was if it misses. Some folks at Board Game Geek have come up with some other, more strategic, variants that give special powers to the larger ships, for instance.

But let’s not focus only on the bad ones, but also on the forgotten good ones from that era. One of my favorites was Mastermind. The biggest problem with that game though was the inevitability of losing a critical number of pieces, which meant that if you found it in some rental cabin or beach house, it was almost always unplayable.

“The board games below all suffer from similar problems plaguing the ones above… positive-feedback games where the first person to gain a slight advantage inevitably becomes the runaway winner a couple of tedious hours later.”

I’m trying to imagine the case where Pie Face has gone completely non-linear.

There is already a phrase for when the referee does that

In organized sports, match fixing occurs as a match is played to a completely or partially pre-determined result, violating the rules of the game and often the law. The most common reason is to obtain a payoff from gamblers, but players may also intentionally perform poorly to gain a future advantage, such as a better draft pick or an easier opponent in a play-off. A player might also play poorly to rig a handicap system. Match fixing, when motivated by gambling, requires contacts (and normally m...

In one of his older routines, from the late 1980’s, I believe, Craig Ferguson had a hilarious bit about Blow Football and how it should have been called “Incitement To Riot”. Then he went on about “Nine Men’s Morris” which sounded even worse and was “a waste of a good board!”

I find Sproing to be unbearable:

…unbearably FUN that is!

52 pickup with a plastic accessory, as in “If you don’t pick up all 52 of those cards, that game’s going in the trash!” ?

Cinemassacre recently covered Wacky Blasters, which if nothing else is probably at least a little more sanitary.
http://cinemassacre.com/2015/07/03/wacky-blasters-board-james/

Hey, the header picture is of an actually fun game! Crokinole!

Not to be confused with its friend Carrom, which is also fun, but not as fun as I find Crokinole.

I’d like to see an Improve Candyland design contest.

Add a stack of play money. Everyone gets a few dollars to start with and a little more each turn.

At the beginning of each round, three cards are laid out, and players bid on them in a silent auction.

I recognise the pie-in-the-face game from this lovely video I saw recently. The adult could hardly breathe for laughing:

Indeed! I saw that picture on the Twitter post about this story and rushed here to defend Crokinole, only to see that the actual article didn’t mention it at all. They’re lucky, they would have had to deal with a bunch of grumpy Canadians. Although I don’t actually know if it’s Canadian. But I was introduced to it by my Canadian in laws and only ever seen Caroms (the square version) in the U.S.

BTW, Monopoly was originally designed as an illustration of Ricardo’s Law of Economic Rent. How could that not suck?

I’ve always thought Canadians like curling because it is the only Olympic sport you can play without having to put down your beer.

Crokinole is curling except you don’t even have to get up from your chair.

Mastermind falls down when you take it too seriously.
A highschool friend and I would play and take long slow truns where we would thoroughly examine the combinations and figure out the correct answer in a few moves. One mistake and you lost. A very stressful game p!ayed that way.

I wouldn´t call i bizarre, but this one doesn´t require any setup and is always great fun: 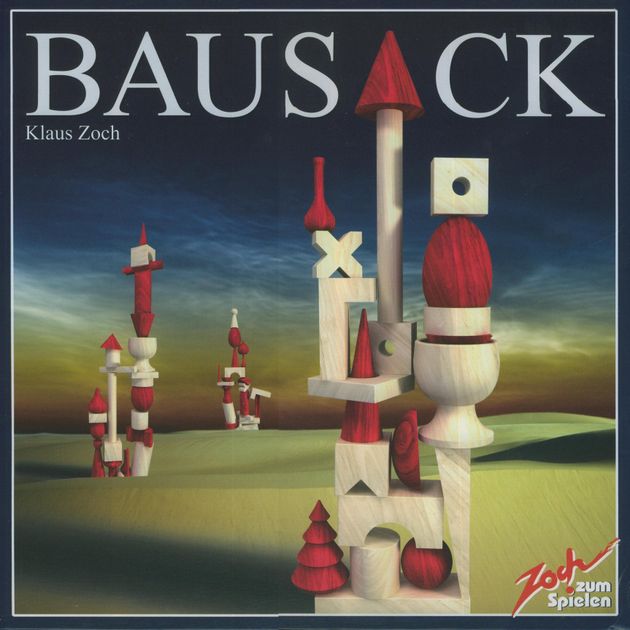 Players take turns choosing blocks and giving them to each other to place on their structure. A player may pay a certain number of 'beans' to refuse a block and it gets passed to the next player. When a player's structure falls, they are out of the...

At the beginning of each round, three cards are laid out, and players bid on them in a silent auction.

I can hear the wailing and gnashing of teeth right now. BEST IDEA EVER!

It’s been around forever. Just substute “beer” for “pie.”