A "buttload" is apparently a formal unit of imperial measurement 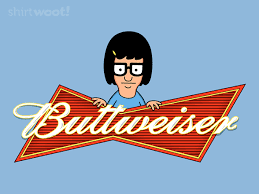 Now I know how much volume a hogshead takes up, those giantish appetites in the Jack 's fairy tales seem that much more impressive.

When I found this image, I was certain it might come in handy for some kind of D&D campaign!

Russian language has also a likely related ancient volume measure called bochka. It slightly sounds like butt and its volume is also nearly the same.

One fun thing is also that 1 bochka = 40 vedro. 1 vedro = 12.299 liters. Vedro means a bucket but at some point it wasn’t meaning just any bucket but a water bucket. And the ancient version of vedro also means water.

And this was derived to my language (Finnish) in which one word for water is vettä (a bucket of water = ämpärillinen vettä).

But we didn’t have any butt sized volume units. Our country’s Finnish speaking population was so poor that no-one was able to afford anything in that high volumes. Our largest volume unit was aami and the second largest tynnyri (barrel) with several separate definitions. Tynnyri is still used for a barrel as an object. Tynnyri was an import measure as it was used for alcohol.

Well, definitely does not mean boot in Italian. The word for boot is “stivale”. “Botte” is its own word, and comes from the late Latin “buttis” (small jar).

I know they mentioned Botte in the article but from memory i thought it was Italian. Darn my laziness

you get the gist though!

It might not be a direct answer to this:

So, where does “shit-ton” fit in this scenario?

I was wondering if anyone could remind me of the conversion factor for fuck-ton to metric shitload; my wife threw out my old CRC Handbook.

I still have my invaluable Dosco Steel Co. conversion booklet. I can never remember how many square links in an arpent. 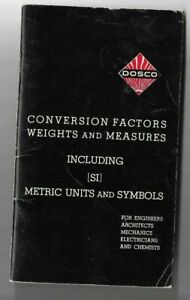 I’d take that with a grain of salt.

Have you no scruples, Sir?

Same thing here. Reading is a hell of a drug. You learn so much and then you forget it.

I don’t think the butt of sherry was a yearly thing: I think you get it as a farewell when you left the post. But I hadn’t done the maths, and would be quite a bit per day. Li Po could probably have finished his 1.6 bottles for breakfast. John Skelton might have kept pace. But I can’t see John Betjeman quaffing with the bros like that.

“butt” in the context of flat fish

Add in sackbut(t) for more confusion.

And a bit of Othello
“Here is my journey’s end, here is my butt”

You must be great fun at parties.

Why does no one ever glaze barrels?

Because it’s a pane in the butt.

“Here is my journey’s end, here is my butt”

This probably refers to archery butts, the end of an arrow’s journey.

A butt is an archery shooting field, with mounds of earth used for the targets. The name originally referred to the targets themselves, but over time came to mean the platforms that held the targets as well. For instance Othello, V, ii, 267 mentions "Here is my journey's end, here is my butt". In medieval times, it was compulsory for all yeomen in England to learn archery; see for example An Act concerning shooting in Long Bows, passed in the 3rd year of Henry VIII. Several English towns have d...