Originally published at: A prisoner who was forced to listen to Baby Shark on loop was found dead | Boing Boing

i think “14th death this year at the troubled facility” was probably the lede here.

My first thought when reading the headline was that he killed himself because of the song.

That an inmate was being tortured and the headline was about the children’s song, not the jail conditions, is horrifying to me. Call me a pearl-clutcher, but this is more evidence that our society is devolving into something much more savage than where we were at a few decades ago. So how is torture as a normal and unremarkable part of the incarceration experience - in a county jail, no less - somehow considered acceptable?

So troublesome how these inmates keep dying!

I think the type has changed, but torture of inmates has been a common thing in popular culture for a long time. See all the “prison rape” jokes.

Childrens’ music will cut you in Unpopular Oklahoma! Children seeking a ‘sick drummer’ and attorney as this heads through justice system…

yes, you could be right

Back when “baby shark” had a whole different meaning… 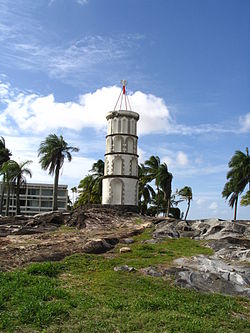 The penal colony of Cayenne (French: Bagne de Cayenne), commonly known as Devil's Island (Île du Diable), was a French penal colony that operated for 100 years, from 1852 to 1952, and officially closed in 1953 in the Salvation Islands of French Guiana. Opened in 1852, the Devil's Island system received convicts from the Prison of St-Laurent-du-Maroni, who had been deported from all parts of the Second French Empire. It was notorious both for the staff's harsh treatment of detainees and the tro...

. So how is torture as a normal and unremarkable part of the incarceration experience - in a county jail, no less - somehow considered acceptable?

I would argue that abuse has been a normal and unremarkable part of our carceral system for a long time, probably since it’s inception.

I think the real difference is that we are actually talking about it more now much more openly and frankly, especially abuse directed at marginalized and vulnerable people.

Rage against this abuse is very good, acting like it is a new problem is dangerous.

Can we get these people to hook up with the Fyre Festival caterers to handle running that wealth festival?

During the 2003 war in Iraq it was revealed that American PsyOps officers were using the theme song from Barney the Dinosaur (among others) to torture Iraqi POWs.

US interrogators are using Western children's tunes and heavy metal music to break the will of Iraqi prisoners.

When television news media got wind of the story they almost exclusively treated it like a hilarious joke (as related in both the book and film versions of The Men Who Stare at Goats).

Rage against this abuse is very good, acting like it is a new problem is dangerous.

If this is directed at me specifically, then I have to point out that my outrage is at the apparent recognition, by the majority, of torture in US prisons as normal and acceptable - which by my lights, based on my experience - is a newish thing. Maybe I’m naive and wrong, but I don’t appreciate your apparent repudiation directed at my sentiment.

I do recall these stories, and I feel the same way. In either situation (wartime or domestic/civil), it’s horrible.

Not sure why the headline isn’t “Prisoner murdered while in custody as retribution for having the audacity to sue the county for cruel and unusual punishment”. I mean sure it’s cute to make it sound like a children’s song led to his demise.

Basco was pronounced dead at around 4:06 a.m., jail officials said. He had been booked into the jail Thursday on a drug trafficking complaint.

The feds should be investigating this. Odds are good that whatever type and volume of drugs he was accused of trafficking recently and councidentally went missing from the department evidence locker…

Clickbait nonsense in an article that doesn’t need it. It’s cynical.