A quantitative analysis of the graying of Barack Obama's hair

It’s the ones who don’t get grayer and more gaunt that I don’t trust.

… we can conclude that he is indeed getting grayer. [pnis.co]

I’ve braced myself for a joke site before clicking that link, but as it turns out, PNIS stands for Proceedings of the Natural Institute of Science.

Now for the important follow-up inquiry: Does the White House lawn match the Oval Office?

Given how consistently presidents go from “no gray hairs at all” to “quite a few gray hairs” within a few years of being elected, it’s always seemed pretty clear to me that getting elected was when they started tapering off the hair dye. They want to seem “youthful and energetic” when seeking the office, but once there, they want to seem “mature and dignified.” But they also don’t want to make it obvious they dyed their hair, previously, by stopping all at once.

Some favourite media fodder from 2009 was how two terms of the toughest job on Earth would age the comparatively youthful President Obama. How they doing so far?

I realize it’s a tongue-planted-firmly-in-cheek excercise, but I’m glad they acknowledged several times the complete and utter flaw of their collection method.

Not just indoor lighting and lack thereof, but also camera exposure and white balance would have a measurable effect on any Gray Value analysis.

For a stricter approach, they should have analyzed only photos from a known location, say the White House press briefing room, which (probably) has (verifiable) known and consistent values for lighting, and then selected only those photos whose exposure and WB match in the EXIF data. They would need to select photos that hadn’t already been altered or color corrected.

This also assumes that any photo coming out of the press room is from a camera of sufficient professional quality such that sensor size and any lens distortion would have minimal effect on the outcome.

No no, we are comparing how grey they get. Not how they look like before and after death.

It only gets worse with time.

I, too, have considerably more gray hairs than I had in 2008.

Interesting theory. I can say for a fact that wasn’t the case for Obama, but it makes sense for at least some of them.

There’s also the reality that when men get elected to the presidency, by definition they’re in the right age range for noticeable aging.

That comparison looks like they fused Obama’s face with GWB’s.

Obama didn’t have gray hair on his Nigerian birth certificate and now he does. That’s not just suspicious, it’s proof that the Illiterati and Lizard People have infiltrated the highest ranks of American Government. Wake up people!

Stephen King noted that in one of his books (The Stand, I think)–that all of the presidents visibly aged in office, except for Nixon, who fed off power like a vampire. (I’m pretty sure it was The Stand because IIRC in a later edition he adds Reagan.) 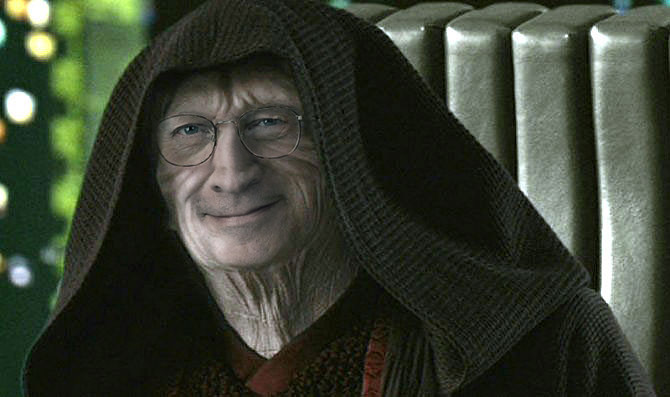 Obama didn’t have gray hair on his Nigerian birth certificate and now he does. That’s not just suspicious, it’s proof that the Illiterati and Lizard People have infiltrated the highest ranks of American Government. Wake up people!

No no no. Sheeple. SHEEPLE. You need to reread the manual