Yeah, the guy was somewhat of an ass, to be honest (though not too bad, if you avoided politics). It’s weird he ended up working in an archive among some pretty progressive folks. I think the archivist I worked for had an often contentious working relationship with the guy.

the guy was somewhat of an ass, to be honest

Why does that not surprise me?

Somebody is taking the APC out for joyride…

And possibly not coincidentally so.

Theater of the Absurd

He was the first president since Clinton to not do so last year.

Collected footage of the police brutality from last week:

20-year-old Emily Weinman was punched in the head multiple times by a Wildwood, New Jersey police officer who believed she was drinking alcohol on the beach over Memorial Day Weekend. https://t.co/dKoVSoVwNz
2 Likes
Wanderfound June 7, 2018, 3:39am #5874

House Minority Leader Nancy Pelosi (Calif.) and other top Democrats are vowing to abide by fiscally hawkish pay-as-you-go rules if they seize the majority next year, rejecting calls from liberals who feel they’d be an impediment to big legislative...

Rep. Raúl Grijalva (D-Ariz.), who heads the Congressional Progressive Caucus (CPC), said the Democrats would be foolish to adopt the fiscal restraints, especially in light of the Republicans’ newly adopted tax-reform law, which is estimated to add almost $2 trillion to the debt over the next decade.

“The pay-go thing is an absurd idea now given the times and given what’s already been done to curry favor with corporate America,” Grijalva said. 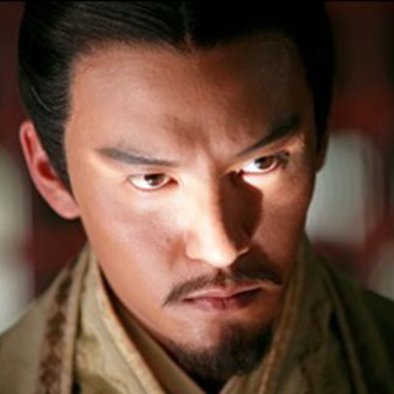 Btw - this is incredible; the Dems are so sure they've survived 2016 that they're ALREADY promising you they'll give you ABSOLUTELY NOTHING if you vote the GOP out. Just fucking incredible thehill.com/homenews/house… THE DEBT DOES NOT MATTER DO SOMETHING ABOUT THE FUCKING NAZIS

DO SOMETHING ABOUT THE FUCKING NAZIS

It's actually kind of disconcerting that 54,000 people voted for Patrick Little. twitter.com/jaredlholt/sta…

One voter out of every 71 in this California primary voted Nazi. Consider this when you look around a crowded restaurant or at a ballgame. Try to spot the Nazis in our midst. twitter.com/jaredlholt/sta…
9 Likes
RickMycroft June 7, 2018, 5:13am #5876

Londo Molari on Trump’s trade war with all America’s allies.

'Didn't you guys burn down the White House?' Trump call with Trudeau turned...

He vaguely remembers a little history, but not enough.

“The acquisition of Canada this year, as far as the neighborhood of Quebec, will be a mere matter of marching; & will give us experience for the attack of Halifax the next, & the final expulsion of England from the American continent.”

He vaguely remembers a little history, but not enough.

My bet is that he doesn’t even vaguely remember it, and that this was actually a talking point that came out of communications people. That this is the quality of staff he’s surrounding himself with. (It has a vague whiff of Stephen “that plaque was added later” Miller petulance to it)

There’s a focus group inside a coal mine somewhere.

Trial of the decade material

That this is the quality of staff he’s surrounding himself with. (It has a vague whiff of Stephen “that plaque was added later” Miller petulance to it)

Surrounding himself with? Or who are merely willing to be in his company? It think it might also explain his legal representation.

I really wish Trudeau had said, “Yeah, we did. Don’t make me come down there and do it again.”

Afterwards, the British and the Americans hit the History Reset Button, so it doesn’t count, except for the part where Indigenous people were killed and pushed off their land.