Aerobicizing woman does not notice the military convoy approaching

I love that feeling of being in the zone.

That is some Wes Anderson level stuff right there.

We need someone to keep her, her shadow, and the platform and plants, and green screen all the rest so we can place her over other things going on behind her. Awesome.

The revolution will be jazzercised.

It’s all about me, baby!

That may be the busiest that road has ever been.

That is an utterly surreal thing I just watched there.

Highly analogous to the people here in North America who are highly aware of the nuances of the Kardashian family whilst only being vaguely aware of what Donald Trump did after he left The Apprentice.

On further thought that video is a damn fine piece of artwork and social commentary. Possibly unintentional, but also quite possibly a highly conscious effort (in which case, holy awesome).

That is an utterly surreal thing I just watched there.

I was getting a Smoothie about a mile from the Capitol while it was being raided by insurrections and terrorists on Jan 6th.

I had an experience sitting in a cafe in Amsterdam smoking pot and playing foosball while a full blown soccer riot happened outside (England visiting Holland, circa 1993). I didn’t realize it until we went outside, turned a corner and saw a phalanx of riot cops charging down the street towards us. Went back to the cafe (at speed) and played more foosball. Very surreal.

It’s fake. Look at how her shadow is truncated.

I had an experience sitting in a cafe in Amsterdam smoking pot and playing foosball while a full blown soccer riot happened outside (England visiting Holland, circa 1993).

Just before British football hooliganism was cracked down on because everyone else was sick of it.

20 years ago I never had to deal with football hooligans while working for a League two team, 10 years ago I thought it was history. Now it is making a comeback

I had an experience sitting in a cafe in Amsterdam smoking pot and playing foosball while a full blown soccer riot happened outside (England visiting Holland, circa 1993). I didn’t realize it until we went outside, turned a corner and saw a phalanx of riot cops charging down the street towards us. Went back to the cafe (at speed) and played more foosball. Very surreal.

I was actually in Myanmar during the SEA Games. We did not have tickets. I was brought by Burmese friends to the stadium with them just saying “don’t worry…”. They had monstrous screens outside the stadium and all of the soccer loving youth took over the entire intersection and sat down to watch it. It was not at all “set up” - it was poorly lit and very random. So, this was not a tourist destination. I was the only white guy in this sea of people but no one noticed because they were focused on the game. It was so different to see after they’d been downtrodden and similar mass gatherings of young people had not gone so well in the not too distant past. Police sat in their vehicles and did nothing. Incidentally, police there do not equal military. Some people kept driving up to the intersection and bullying everyone to get their way through (they could have gone around all of this in a different direction, but, judging from the kinds of cars they were, these were entitled and/or military connected people). The crowd started yelling at the cops until finally they intervened on behalf of the fans and put a stop to the drive throughs. So, very rare opportunity, a Burmese crowd of youth cheering on the cops. They didn’t win but they did put on a respectable game and were not trounced. When a goal was scored, the crowd absolutely roared. We sat back down, things calmed and a kid casually turned his head toward me. He just about lost his mind. “American???” Tourists are restricted to the hotel areas unless they are registered with a family.

But, the entire culture is very much centered around hospitality. Treating a guest well is something they take enormous pride in. So this kid gave me a beer and I accepted. Ironically, this would be illegal in my own USA neighborhood, drinking a beer in public at an intersection. It was one of the best moments of my life.

When the team ultimately lost, there were some borderline riots (not at that intersection), I think over what they thought was unfair officiating or perhaps just that same energy I was experiencing boiling over. That free expression as a mass of people has kind of been bottled up. Or as one Burmese put it, “under military rule, the entire society is like a great mass of pedestrians at an intersection. None of the cars will stop for them. They are waiting for one person to step off the curb. As soon as that person does so, everyone will cross at once.”

Those soccer riots died down very quickly and, fortunately, everything got back to what was then normal.

It’s fake. Look at how her shadow is truncated.

Serious? Those are steps going down, taking up the rest of her shadow off camera.

I get the feeling that the woman is in a studio in front of a green screen, and the backdrop is a live feed from the street.

That was my first observation, then the direction of the shadows of the vehicles doesn’t match, and then the stillness of the dancers surrounding shrubbery - no wind?!

Don’t think we even need to look at the pixels on this one.

Seems real enough to me.
I’m not sure why I spent my coffee time finding this, but here it is: 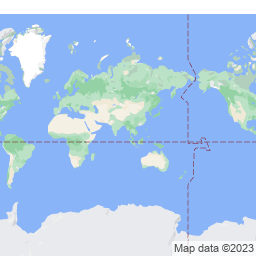