After Trump touts chloroquine + hydroxychloroquine as COVID-19 cure, India pharma co to get reprieve from U.S. ban over quality concerns

Make mine a gin and tonic, thanks

He going to make this a “win” for him…no matter how many deaths it / he causes.

As soon as Trump started in on chloroquine boosterism, and saw his die-hard fans parroting and amplifying, I knew we’d be dealing with shortages, black-market sales, and counterfeit pills. 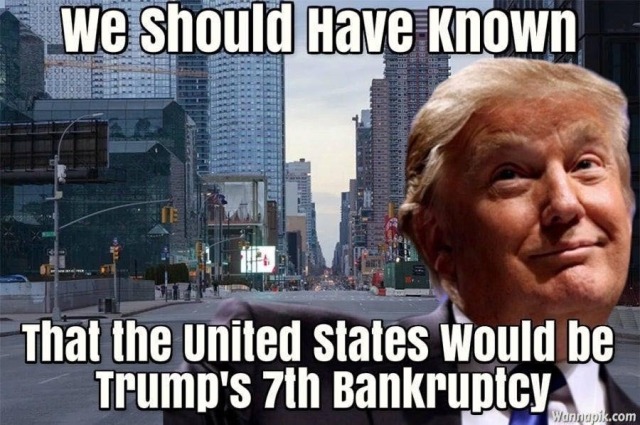 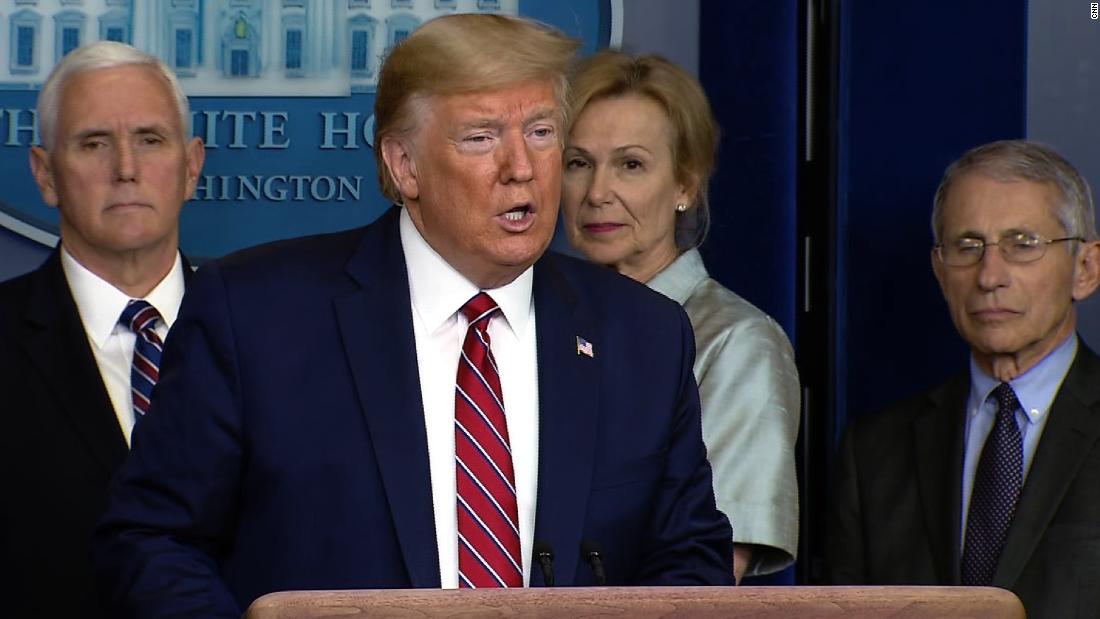 Nigeria records chloroquine poisoning after Trump endorses it for coronavirus...

Health officials in Nigeria have issued a warning over chloroquine after they said three people in the country overdosed on the drug, in the wake of President Trump's comments about using it to treat coronavirus.

He might as well just gone ahead and promoted Forsythia for God’s sake! 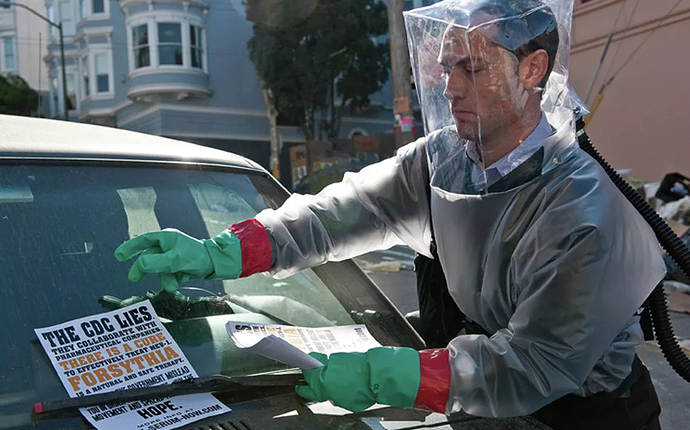 It’s too early to tell, but there is some evidence that Chloroquine can be an effective treatment. BUT we need to be very careful because it can also be dangerous. IE- the idiot in chief is still an idiot.

Of chloroquine and COVID-19

Recent publications have brought attention to the possible benefit of chloroquine, a broadly used antimalarial drug, in the treatment of patients infe…

It’s too early to tell, but there is some evidence that Chloroquine can be an effective treatment. BUT we need to be very careful because it can also be dangerous.

So far it’s in the “might help but can DEFINITELY hurt” category.

Apparently chloroquine poisoning can be quite nasty, too - it can cause psychosis among other problems. The two drugs together can cause serious cardiac problems.

At least some of the people trying to get the drug(s) aren’t even sick - they’re hoping to use it as a prophylaxis - which is totally insane and dangerous both to themselves and everyone who actually needs it.

What’s worse is that the French study that everyone is talking about was totally worthless in how it was run, so it proves nothing. Supposedly the Chinese and Koreas have been using chloroquine in some way in their treatments, but it’s not clear to me if their usage indicated anything about its effectiveness one way or the other.

If he had chloroquine-induced psychosis, would anyone be able to tell?

I was coming to post that same article. My wife’s home country has a large group of Nostradumbass followers given the evangelical nature of a portion of the population.

We’ve kept in constant contact with my father in law to dispel some of the misinformation being spread there thanks to this pathetic impeached jackass.

The only thing I want to know: How exactly did Ipca Laboratories Ltd. funnel money to Trump and/or his family.?

It’s unlikely that these drugs work. It’s a bad study. Also, both drugs can cause fatal heart arrhythmia on their own; taking them together is risky. I’m sure Trump’s onion-ring clogged heart will hold up fine. 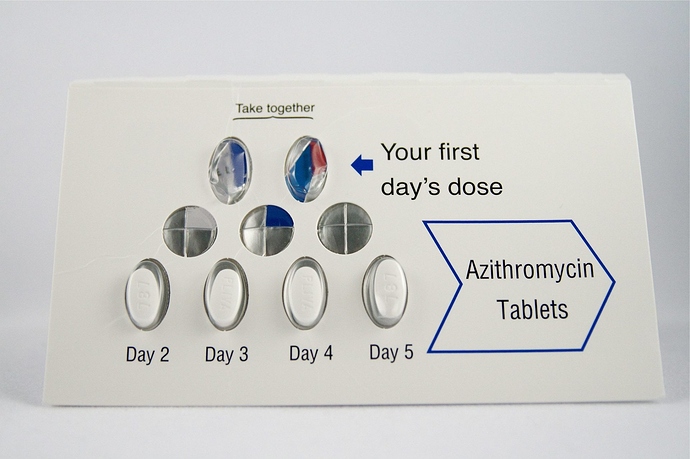 Are hydroxychloroquine and azithromycin an effective treatment for COVID-19?

Given how fast events related to the COVID-19 pandemic are moving, I debated whether I should even write about this, even though it blew up on social media on Saturday. Upon reflection, though, it see

I wouldn’t take an aspirin if Trump was the person saying it would work.

So you’re saying it will all be worth it? /s

Trump to visit FEMA for coronavirus video call with Governors. What could go wrong? boing

A French study of 48 people was released yesterday that showed an anti-malarial drug improved the recovery time of COVID-19 patients by ~50%. Maybe someone told trump about it and he will announce that a cure was found and the pandemic is now over. Or maybe he’ll just talk about how perfect his response has been and double down on the fictitious google website that Jared Kushner’s using to profiteer from the pandemic.

I was prescribed it years ago as a preventative malaria treatment. After checking the side-effects, I didn’t take it once. The psychological effects can be severe, and the dosing is critical and individual sensitivity varies greatly. In short, with careful dosing and individual care checking for the first signs of any negative effects, chloroquine likely would be a real help. In the current situation where all healthcare is over-stressed and people are looking for a blanket mass treatment this has the potential to do much more harm than good.

It’s a French Doctr/Director from the Marseille’s University Hospital Institute called Dr. Raoult who found out, that when they give a treatment to people who are infected with the Covid-19 Virus with 600 mg Chloroquine OR Hydroxychloroquine per day, and a certain amount of specific Antibiotica against the Legionair’s disease, the period that these people remain infectious for other people goes down from 20 days to 6 days on average. There is also a notable improvement of the patients’ health state in less then 2 days. They tested it on 25 patients, and compared the results with other clinics in Toulon and Nice. Other trails are apparently ongoing.
Here are 3 YouTubes in French: an interview in which Dr. Raoult explains his findings, and here criticises on what’s going on around the actions taken against this virus (he’s not very impressed by this virus), and in this one in which I presume he gives a briefing to his team.
You can download the powerpoint used in the briefing here.

You’ll have to switch on auto translate if you don’t speak French.

That stuff can have nasty side effects but presumably if the choice is between expiring from lung failure and that stuff, it’s worth a try. Outside of a hospital I’d probably steer clear of it for the time being.

(NB. I’m not a medical doctor and this is common sense, not medical advice.) 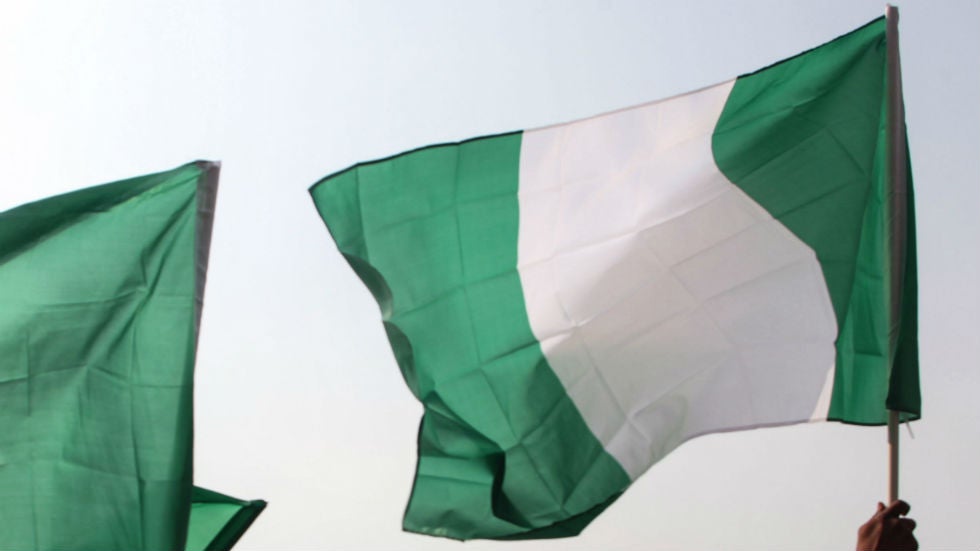 Nigeria issues warning for drug touted by Trump after overdoses

Nigerian health officials on Monday issued a warning about chloroquine, an antimalarial drug President Trump has repeatedly touted as a possible coronavirus treatment, saying three people have overdosed on it.

Apparently there was an overdose in Arizona with a couple that took a version of chloroquine. The husband died and wife is in critical condition. There was only a matter of time before this happened. 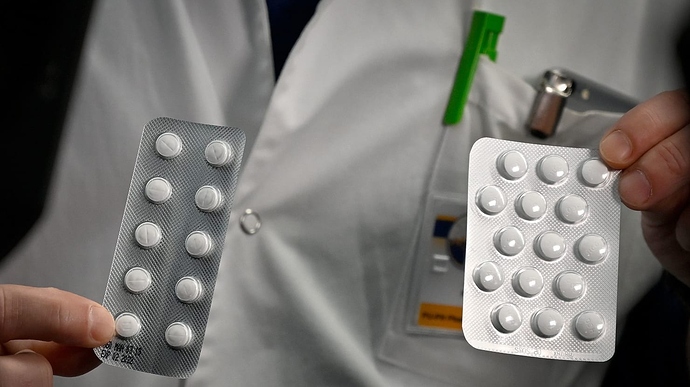 Trump said on Friday that he has a “good” feeling that hydroxychloroquine can be used to treat the coronavirus.

From your mouth to whoever your preferred deity’s may be ears! (honestly, at this point, I’ll toss a prayer to any supernatural agent that will rid us of the orange plague)