After years of skiing half-blind, I've finally found the answer

It is frustrating that these things are so expensive. But, as you say, they are really the only thing that actually solves the problem. And they are reasonably well made. I’ve tried to hack cheaper goggles myself, but so far have not managed to get a satisfactory outcome. But I’m out of old goggles, and the cost of cheap ones isn’t exactly cheap, so I’m reluctant to spend on new ones to experiment on. Maybe Shaddack can solve this one.

Maybe Shaddack can solve this one.

I’d start looking where the airflow goes in the overpriced original. The rest is finding suitable goggles, cutting in a hole for a small 5V-powered fan (12V could probably do too, they run just fine at 5 volts, slower and quieter and possibly well enough, would have to be tried), attaching the fan (screws, epoxy, hot-melt glue, that fancy UV-cured resin from the other post?..) and a switch, and a cable with a microUSB connector to feed it from a rechargeable power bank for a cellphone (because fuck the AA batteries and AAA twice).

very cool. I am curious to know how they compare to the goggles you can get with RX inserts.

and a cable with a microUSB connector to feed it from a rechargeable power bank for a cellphone (because fuck the AA batteries and AAA twice).

I’d just use rechargeable triple A’s. At least they didn’t weld a lithium ion battery into the casing to try and get people to buy a whole new pair every few years.

why not just get these and modify them to run off a power pack? doesn’t seem worth all the time and effort put into hacking up some crappy goggles with all these components, which would likely end up not just looking like junk, but being unreliable and fiddly at best, and would still be based on crappy goggles.

If your hack is unreliable and fiddly, then it is either an early proof of concept or your kung-fu sucks.

And if you care about how it looks, you have your priorities wrong.

…and switch, connector, cable and fan count as “all those components”? That’s something I could likely scrounge just from the junk not cleaned up from the shop floor.

i would also love to know how these compare to RX inserts.

Are these patent-protected? The idea seems sufficiently simple that I’d expect cheap knockoffs to be available in abundance.

Well, sure, or you could just learn to exhale from your mouth down and away from the bottom vents of OTG goggles. Much less pricey, no batteries required.

not worth the effort, and my kung fu is pretty good. @GulliverFoyle for the win.

I for three, would also like to know how these compare to the Rx inserts.

not worth the effort, and my kung fu is pretty good.

If your standard approach to a hack proposal is that it will fall apart, I have my doubts.

He’s partially right with the rechargeables. But you need a separate charger, logistics with more kinds of cells, and the cells are exposed to cold which they dislike. I’d still say that a power bank (chargeable from any smartphone charger (“any” if we don’t count the fruitheads)) carried in an inner coat pocket (to keep it warm) is a better bet.

my standards are pretty high, probably much higher than yours. and yes my kung fu is good enough to allow me to survive track days riding my own customized bikes. sounds to me like you are more interested in fiddling with electronics than you are in snowboarding/skiing in comfort and safety.

I just close my eyes and pray.

The main problems are getting the airflow right, and having a wide enough space to wedge the fan into where it can blow across the lens and still keep the foam sealing tight against the face. My next idea was to have the fan above the goggles with a little duct tube penetrating the top of the goggles instead of trying to integrate the fan housing into the frame.

My next idea was to have the fan above the goggles with a little duct tube penetrating the top of the goggles instead of trying to integrate the fan housing into the frame.

For extra-high bonus points, simulate the airflow with finite elements method on a model based on 3d-scanned goggles. (But that may be a serious overkill, and available only to those who actually have some idea about how to rig such sim.)

For that price, I hope that these have interchangeable lenses.

I’ve yet to find a pair of goggles that will allow enough light though on a flat day, but don’t blind me on a bright day. 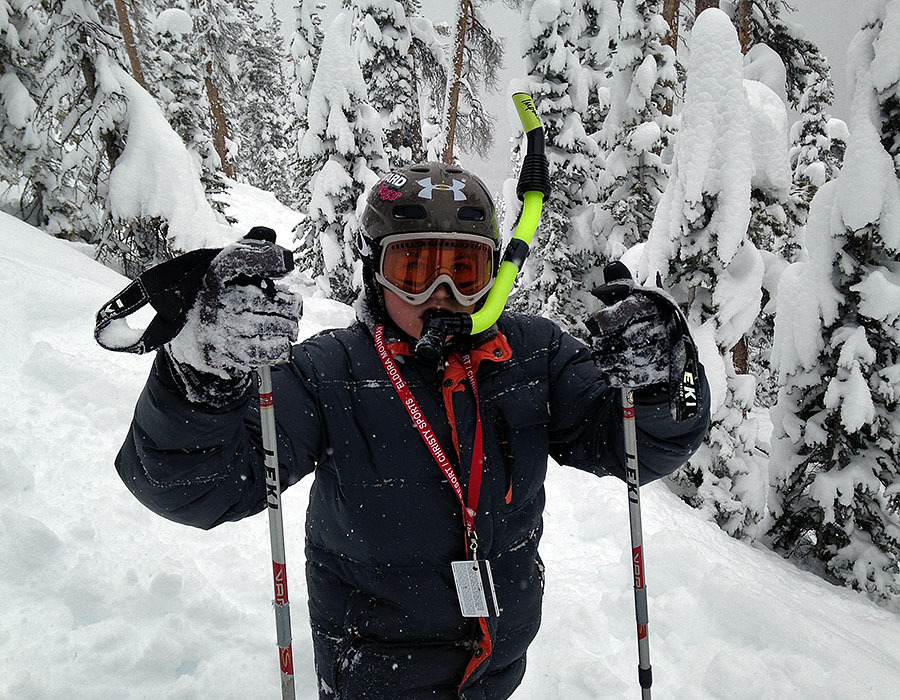