Akira to be re-released in high definition

I’m not against ads on and I do have a paid crunchyroll account. My problem is constant repetitive ads, which does more harm than anything. I know people that stopped using the service specifically over the practice so I will readily advocate for ad blockers over lazy and excessive advertising

Paprika was great visually. I found that the story needed something more but I do think very fondly of it because God damn the art and animation is crazy good. There’s something else that studio did that I loved but I can’t recall… Hmmm. Looked it up and it was Redline, the story is not 100% but I seriously love it because I’m a huge F Zero game fan and the anime is the closest thing I’ll get to have more of it.

Akira in the limited availability Special Edition metal case was one of my very first anime purchases, alongside Ghost in the Shell. I remember getting it and watching it the family computer rather than in the living room on the television as I felt the contents were probably inappropriate for viewing by my younger siblings. Can’t wait to see this new enhanced edition.

I gotta say that I was seriously bummed when I found out too late about a special screening of Akira recently here in Austin.

With an ultra-HD re-release one can only hope for a new wave of re-screenings. My recent regret of a screening missed was The Big Lebowski.

I’ve missed out on that as well but the theater near me is usually doing showings of great older movies all the time so I just need to bide my time until next time. Hope you get to see it too!

Ahh, Monster! How I would love to find the time to finish watching that some day. Such a tale! But 74 episodes long!

I’m posting this because I know that everybody heard this in their head, but nobody has posted it so far:

Also, there’s about as many different kinds of anime as there are possible subjects (and some of them that most people could really agree just shouldn’t exist…). Depending on the subject matter you like, there’s one out there for you.

I’ve commented elsewhere that I feel rather like Agent K - the 4k disc release will mark the fourth time I’ve bought Akira on disc. (Don’t have the Criterion LD, sadly.)

That said, I will gladly pay for a brand new release just for a 4k version of those first fifteen minutes (right up until THAT motorcycle crash). Good gods is that just so gorgeous.
(After that’s certainly amazing as well - but after that point, I’m invested in watching the entire thing. Up until that point, it’s effectively the animators all just showing the hell off to hook you.)

I’ve already got Akira on a blu-ray that looks fantastic; I’m glad they’re remastering it (again?) but I’m curious as to how much higher the definition can get. Whether you’re invested in the story or not, it’s still an absolute masterpiece of hand-drawn animation.

Saw it in the theater a million years ago, and friends of mine and I still occasionally look at each other, and at the same moment say “Men, we’re going to the Olympics!”

Perhaps biting the hand that feeds you is the better analogy, but the candle also serves.

To this I say, hooray!

I was way too young (or maybe too dense?) to be able to follow what the hell was going on.

It doesn’t get any easier. As many times as I’ve seen it, it’s still challenging.

It’s worth it, though. Most anime episodes are only 16-18 minutes long, at best. That’s, what, 20 hours for the whole series? Completely worthwhile, even when comparing it to modern “golden age” television.

Mononoke (no relation to Princess Mononoke)

I would assume that @SeamusBellamy has seen Princess Mononoke, but if not, that is also an easy one to recommend, as are other films from Studio Ghibli.

but I still preferred Green Lantern

You are beyond redemption.

This Green Lantern was the best! 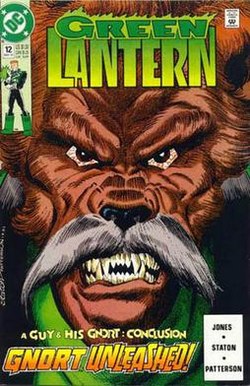 G'nort (pronunciation: "nort") Esplanade G'neesmacher is a fictional character, a DC Comics superhero. G'nort is a member of the Green Lantern Corps and later a Darkstar and a member of the Justice League Antarctica. He resembles a humanoid dog and is thoroughly incompetent and generally disliked by other heroes; in fact, he is usually portrayed as being a loser and used as comic relief. G'nort first appeared in Justice League International #10 and was created by Keith Giffen and J. M. DeMatteis... 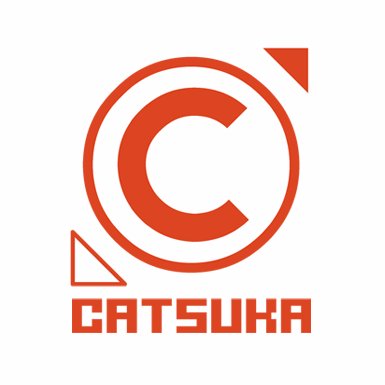