Alabama firefighter fired for having a hidden tattoo on her scalp

Originally published at: Alabama firefighter fired for having a hidden tattoo on her scalp | Boing Boing

Personally, the only head tattoo I’d be worried about is this one.

Arbitrary policies that are arbitrarily enforced? Hm, it’s almost like it’s not really about tattoos.

According to Adams, the city first gave her the option to grow her hair out and hide the tattoo. The firefighter said she did as she was told.

A few weeks later, however, Adams said there was another complaint about her hair being grown out and violating the city’s policy.

“We have different textures of hair,” said Adams, who is a Black woman. “So, you have no idea how long it takes for my hair to grow.”

Was there any information on what the tattoo actually was? I looked through the article and didn’t see it.

I’ve seen a photo in another article, which I assume was hers, and it was quite an attractive design up the back of her neck up into her hairline. I’ll bet many of the male, white firefighters have sleeves and other obvious tattoos, but then, they’re White and male…

I’ve seen a photo in another article, which I assume was hers, and it was quite an attractive design up the back of her neck up into her hairline.

It’s a tasteful tattoo. But, per the policy prior to when she got the tattoo, it was in violation, no? The policy was ‘no tattoos on the face or neck’ (EDIT: not in violation… see below for full original policy). Her tattoo is definitely on her neck (tho the back of it).

There does seem to be a lot of nonsense coming from the department w.r.t. comments about her hair, and a general air of ‘selective enforcement’ and possible ‘retaliation for being outspoken’. 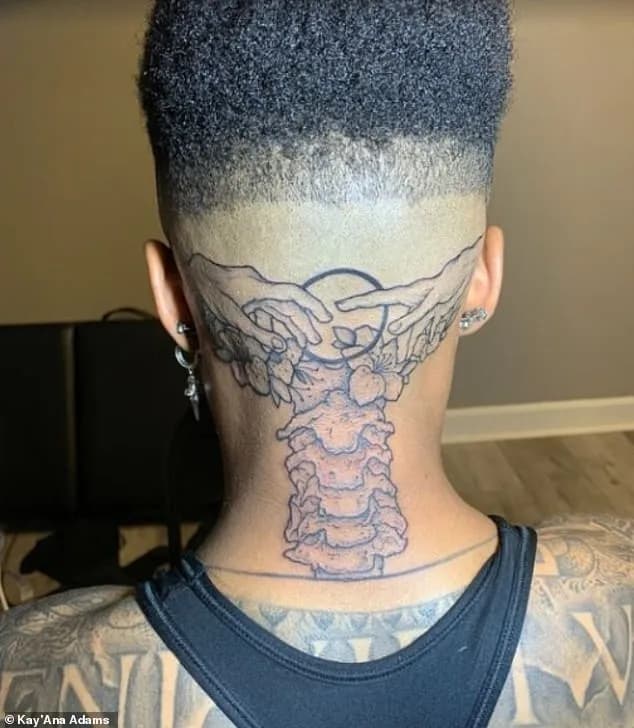 Post growing out of hair and w/ uniform shirt on. 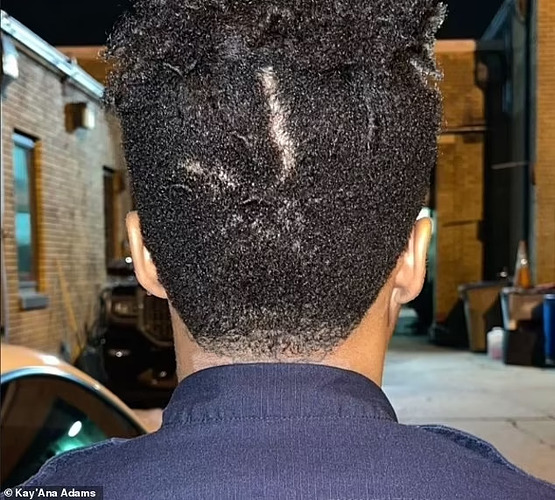 Edit: apparently the original policy was more specific about neck tattoos forward of the ear or above the ear, which hers are not? So even with the old policy, she seems in compliance.

Hmm, maybe, tho, she violates #3, since it’s definitely visible from the side, and above her natural hairline (tho… why would they care if above the hairline? since invisible if the hair is grown out?)

Awesome, thanks for the pictures.

While I’m not a firefighter, I have had plenty of tattooed people working for me in fairly conservative offices. They hid theirs a lot worse. And like someone asked in the story comments - this impacted her ability to save someone from a fire…how? I assume this is in place as a blanket to cover hate speech tats and similar, but geez.

What problem are we trying to solve?

Yeah… and apparently she complained about some of her white co-workers tying nooses during their rope work practice sessions? I mean… c’mon. It’s Alabama. Nooses have a particularly egregious history there.

Definitely seems like there’s something more going on here than tattoos.

Well, the people that fired her seem to be trying to solve the “problem” of a Black woman being a fire fighter… But rules around tats and body mods are often used to enforce a specific kind of image. It’s of course not a problem that really needs to be solved.

I wouldn’t be terribly surprised if some of assholes reporting this “violation” weren’t indirectly retaliating for other civil servants being penalized for nazi/white power/fascist tattoos. My BIL is a POC firefighter in the Bronx, and took a lot of flak when someone (not him) complained about the unironic Trump-as-benevolent-dictator posters hanging in the firestation.

The former firefighter, who filed one grievance about the tattoo complaint against her, believes she was terminated because she spoke up about her concerns at the workplace.

It’s always some sort of retaliation, isn’t it?

But we had a black president, racism doesn’t exist in the USA anymore. /S

You can’t fight fire with firing.

Yep. She’s got quite a good case to sue on several counts.