Aleister Crowley: The Beast in Berlin: Art, Sex, and Magick in the Weimar Republic

That looks really cool, actually. I want to say one of the germanist in my history department was working on a paper related to this general topic - not Crowley, but Magick in this period in general.

It was a good read. I am not Crowley aficionado enough to say if there is really a ton of new material here – but I enjoyed the book? 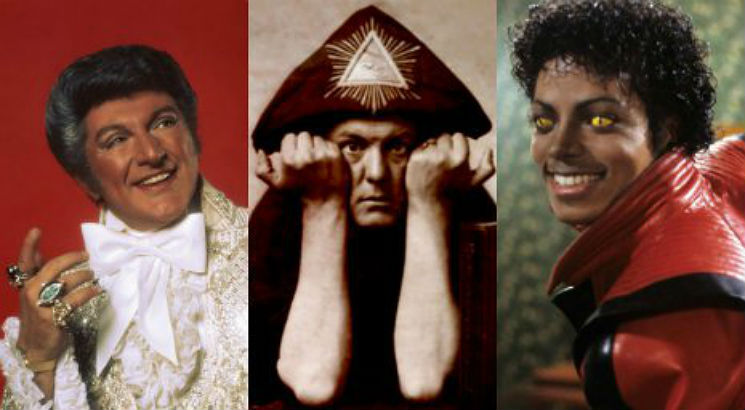 They Sold Their Souls for Rock N Roll: The Michael Jackson, Aleister Crowley,...

They Sold Their Souls for Rock N Roll is a mildly notorious 2004 Christian indoctrination video series meant to scare kids away from Satanic rock music, and even apparently some easy listening and country and western as well. (Young people have...

Really cool. Ever since I heard a british friend point out that Crowley’s behavior and speech might actually have been a proper cover for his spy work, I have wondered about this subject. Nice to see it documented.

I would like to get this to see if there was any evidence that he may have been wholly or completely insincere in his “religious” work and such. If he did “all that” entirely insincerely as a cover for a spy – that would be truly, hands down, a severely hard core mofo. He would beat out the other great uk spies, who have been substantially skilled (reilly, zigzag, philby, XX guys, etc)

Though, unlikely, of course, as Crowley’s work does have a flair of deep thought and artistry about it that definitely gives the overall impression of sincerity, deep effort and thought to it.

Berlin, in the early 30s, was a fantastic community for art and artists

The former world heavyweight champ Max Schmeling grew up in this place and time, his account of it is fantastic. He was tapped to be an artist’s model, for instance