it should not come as a surprise to think that a sniveling coward who likes to think he is a bully would grovel at the feet of another bully (and sniveling coward) who has a bigger gang. i was much more surprised at the de santis endorsement the other day. won’t do you any good, alex. you only get one chance in magaland.

So toxic that even a fascist like DeSantis gave him the cold shoulder. If he thinks Biff is going to forgive him he’s equally deluded.

If’m just glad that he realises he’s about to face real consequences for the decades of damage and pain he’s inflicted on others.

what the fuck is going on

Set aside the general and specifically awful things about Trump, I cannot understand ever needing the approval of another person as much as these people in Trump’s outer orbit seem to.

It’s like social media. They’re riding his coattails in hopes of profiting from his popularity.

Thoughts and prayers, Alex. I think the lawsuits related to your lies about Sandy Hook are going to go very badly for you, and I pray that you’ve burned your bridges to the Cult of Trump badly enough that you can’t replace any of the money the courts are going to take from you.

Yet one more example - to go with the thousands of others - of just how deluded this fuckwit is.

Shameless. Lack of shame being a salient feature of these gross cockroaches.

"And Alex Jones will look up and shout ‘SAVE US!’…and I’ll look down and whisper 'No.” 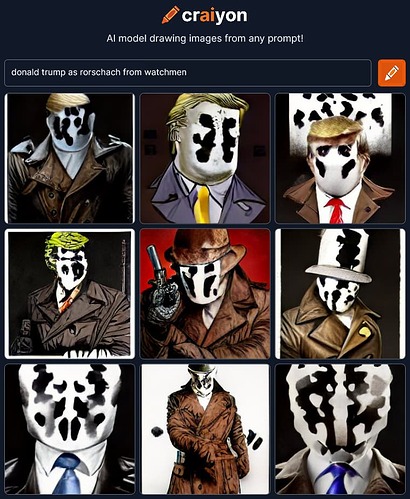 To channel his hero: “What a PUSSY!”

Trump’s checks don’t clear, but Desantis doesn’t even send pocket change. AJ needs you all to buy his supplements to stay on the air people!

It is amusing to watch the creeping realization that no, shit doesn’t roll uphill, no matter how hard you blow on those turds.

When he has put all his eggs into one hateful little basket and he needs that basket to pay off for his own lawyers that’s when his omelet’s between a hard rock cafe and, er … well, it’s his problem now. Fm.

Maybe he should file for Moral Bankruptcy.

his omelet’s between a hard rock cafe and

When I think of this bunch, I think “cracker barrel”.

So sad that nobody can see what a nuanced thinker he is. /s

One would think that Jones’ reputation and brand image is so damaged by the Sandy Hook defamation debacle that no politician would want his public support these days, but that’s the state of today’s GOP.