Alex Jones trial moves to the damages phase, with hypothetical (if unlikely) awards in the trillions

Originally published at: Alex Jones trial moves to the damages phase, with hypothetical (if unlikely) awards in the trillions | Boing Boing

So not “free” as in “free beer”, after all. If he were interested in accuracy, he might re-brand to “Ruinouly Expensive Speech Systems”. Elon Musk would be a natural as a board member for a company with that name.

The plaintiffs’ lawyers, in court filings, suggested punitive damages could total $2.75 trillion based on one hypothetical calculation

To put that into some kind of context, there has been talk of Ukraine hypothetically seeking up to $1 trillion in reparations from Russia, based on the cost of rebuilding everything that has been destroyed.

In the old days, someone like Jones would leave the courtroom with no possessions, just a barrel held up by suspenders.

One would hope that the tar and feathers would have covered his modesty and protected our eyes.

Unlikely, but absolutely deserved. He should have every dollar he made from their suffering ripped away from him and every dollar he makes from this day forward spent on repairing the damage he’s done. He’ll still be getting off easy by dying of old age instead of living however long it would take to produce those trillions.

Are you kidding? Wooden barrels easily go for $100. A burlap sack will do for him.

It would be fitting if Jones were on a street corner begging for change while the plaintiff’s lawyer picks each coin out of his hands as it is collected.

Listen to this podcast, and you might feel a bit better. It’s unlikely that Jones is going to be able to weasel out of his obligations to the families. They might not get exactly what it says in the settlement, but the courts are going to take everything away from Jones. He’s trying to hide his wealth, but it’s really obvious what he’s trying, and he’s NOT going to get away with it, despite his bluster. OA639: Alex Jones Owes a Literal Billion Dollars – Opening Arguments

… and some times it’s spiked and coated with curare.

He can’t afford trillions! Is that when the judge sentences him to be their butler? 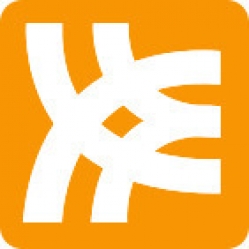 Dan is a gentleman who holds an unhealthy obsession with InfoWars. Jordan is a good friend of his who knows next to nothing about InfoWars. On each episode of Knowledge Fight, Dan plays Jordan clips from one day of the Alex Jones Show, and the two...

this is the hypothetical calculation:

In a calculation in a plaintiffs’ court filing, they said Jones’ comments about Sandy Hook were viewed an estimated 550 million times on his and Infowars’ social media accounts from 2012 to 2018. They said that translated into 550 million violations of the Unfair Trade Practices Act.

I got to see the Alex Jones Battle Tank in person recently when they showed up to heckle a Beto rally, soon after the judgements. Like a Russian oligarch yacht in port, that monstrosity is just screaming “take me”. The repo video will be so satisfying.

Talking of Chest Freezers, I’ve not been able to find the scene from I, Zombie where Major “The Chaos Killer” Lillywhite is loading up his fridges to the following excellent tune.

He’s not going to pay a dime of the awards. He’s going to take his hidden money, buy a tanker and beam in his show from outside of US territorial limits. I’m not sure he can make money that way but if he can, he will.