All it takes to perpetuate gun violence in America is a five or ten thousand dollar NRA donation to republicans. The return on investment is guaranteed voter turnout. These T’s and P’s are more thank you cards to the NRA than actual condolences to gun violence victims.

If they want to do the truly bare minimum to make amends, these Congresspeople should donate every cent they’ve ever received from this scumbag organisation to a worthy non-profit that exists to mitigate the effects of gun violence and then spearhead a rolling pledge for all politicians that they will never, ever take money from the NRA (or whatever these slimes rebrand themselves as) again.

I went and looked up my representative on twitter. Nothing about that tragedy but holy shit, it’s completely packed full of pro-gun tweets https://twitter.com/CollinsNY27

Edit: No wait, he did say something to the Washington Examiner

“I think it is safe to say in our Republican conference, you are not going to see those bills moving forward,” Rep. Chris Collins, R-N.Y., told reporters.

Following the attack, Democrats and pro-gun control advocates immediately flagged the silencer measure as a bill that would make it harder for victims to flee a shooter because the sound would be diminished.

While they appear to be backing off on measures lifting gun control, Republicans are far from advocating new gun control legislation, which they have successfully resisted following the many mass shootings that have occurred in the United States while the House has been under GOP control.

“We all discussed the tragedy,” Collins said, describing the GOP meeting agenda that included the Las Vegas shooting. “Certainly all of our thoughts and prayers go out to them. That was pretty much the total extent of it.” 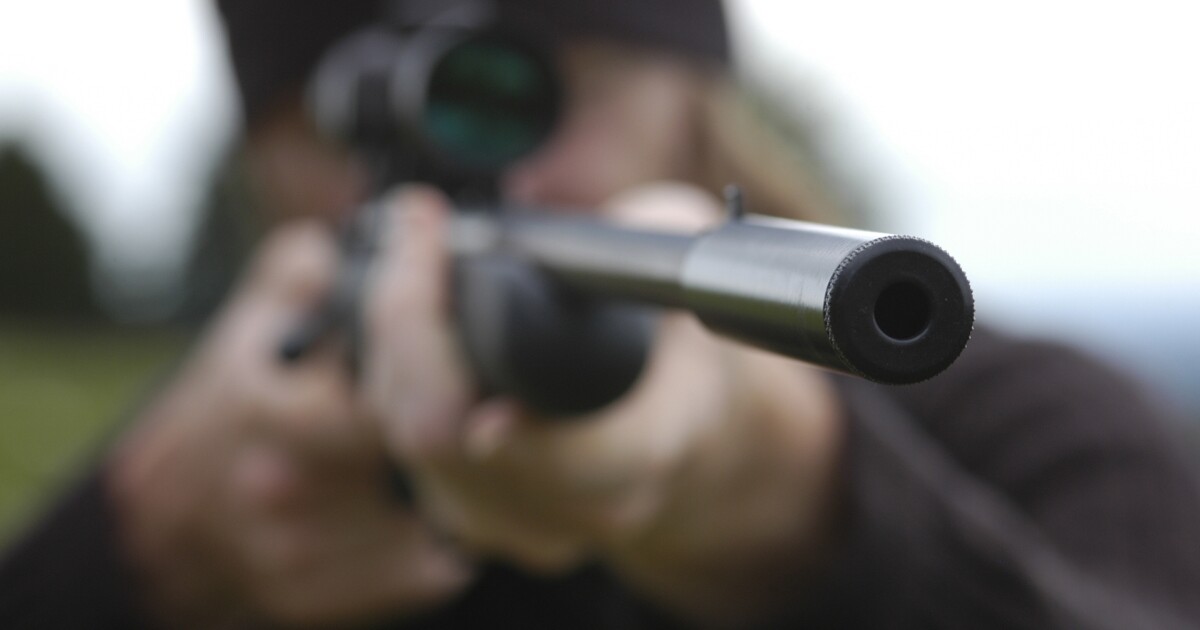 House Republican leaders Tuesday distanced themselves from legislation that would lift taxes and regulations on gun suppressors and expand access to hunting and sports shooting, two days after the largest mass shooting in U.S. history happened in Las...

Damn, he repeated that ‘thoughts and prayers’ mantra

Send thoughts and prayers, and then fight as hard as you can, as dirty as it takes, to make sure this happens again. And again and again, nearly every day. I guess we’re all going to be more thoughtful and prayerful. That’s a good thing, right? 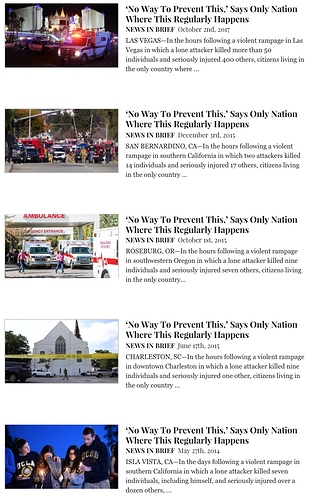 Of course. Who wouldn’t want to go to heaven as quickly as possible?

You’d think they would at least try to change up the wording a bit considering how increasingly hollow “thoughts and prayers” now sounds.

I once heard Jim Hightower

James Allen Hightower (born January 11, 1943) is an American syndicated columnist, progressive political activist, and author. From 1983 to 1991 he served as elected commissioner of the Texas Department of Agriculture. Born in Denison in Grayson County in north Texas, Hightower comes from a working class background. He worked his way through college as assistant general manager of the Denton Chamber of Commerce and later landed a spot as a management trainee for the State Department. He receive...

“an honest politician is one who stays bought.”

His “The Hightower Lowdown” is a lefty populist daily radio show that, in our times, has no lack of grist for calling BS and naming-shaming on the deserving. He’s got a column in our local AAN paper,

I’ll be wondering what he has to add, and whether he has seen that link to Splinter News. I think I will just email that to him right now. Thanks bOING! 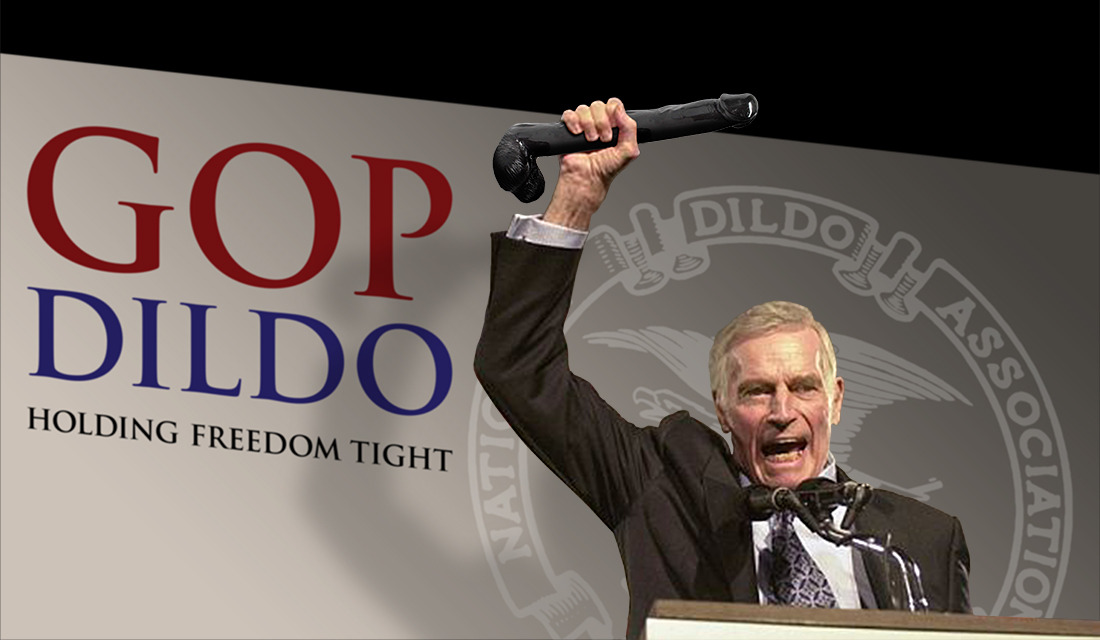 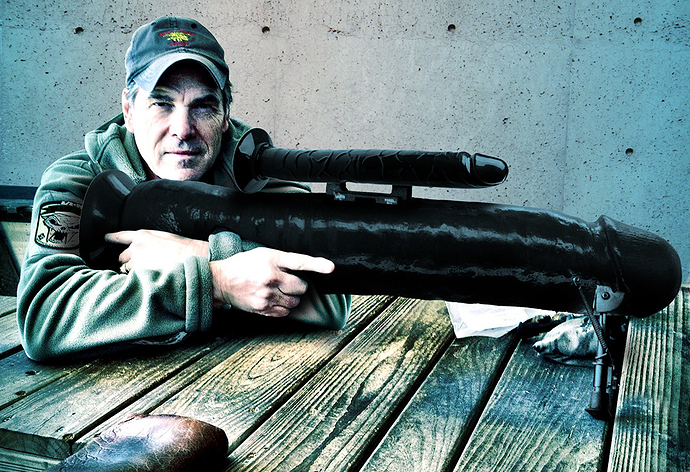 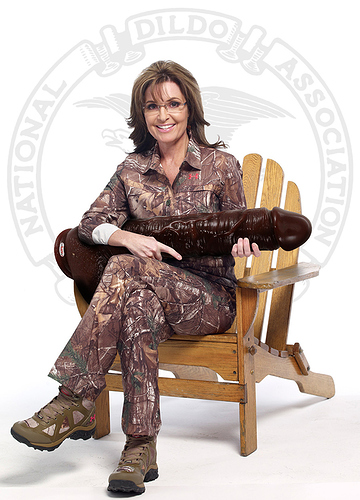 Interesting opensecrets.org breakdown of NRA 2016 $$$$ to Dems and Repubs: 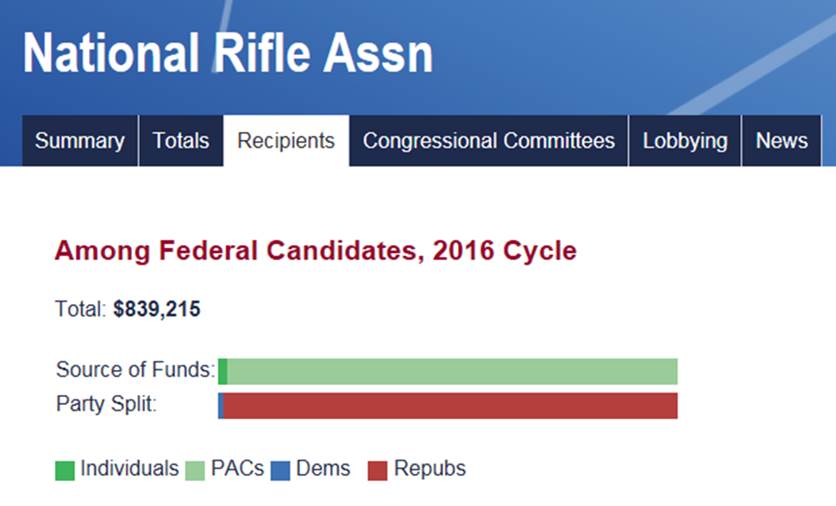 “The annual cost for victims of gun violence is an average of $2.8 billion in emergency-room and inpatient charges alone, the study concluded. If lost wages are factored in, the financial burden rises to $45 billion each year.” (Study based on data from 2006 - 2016) 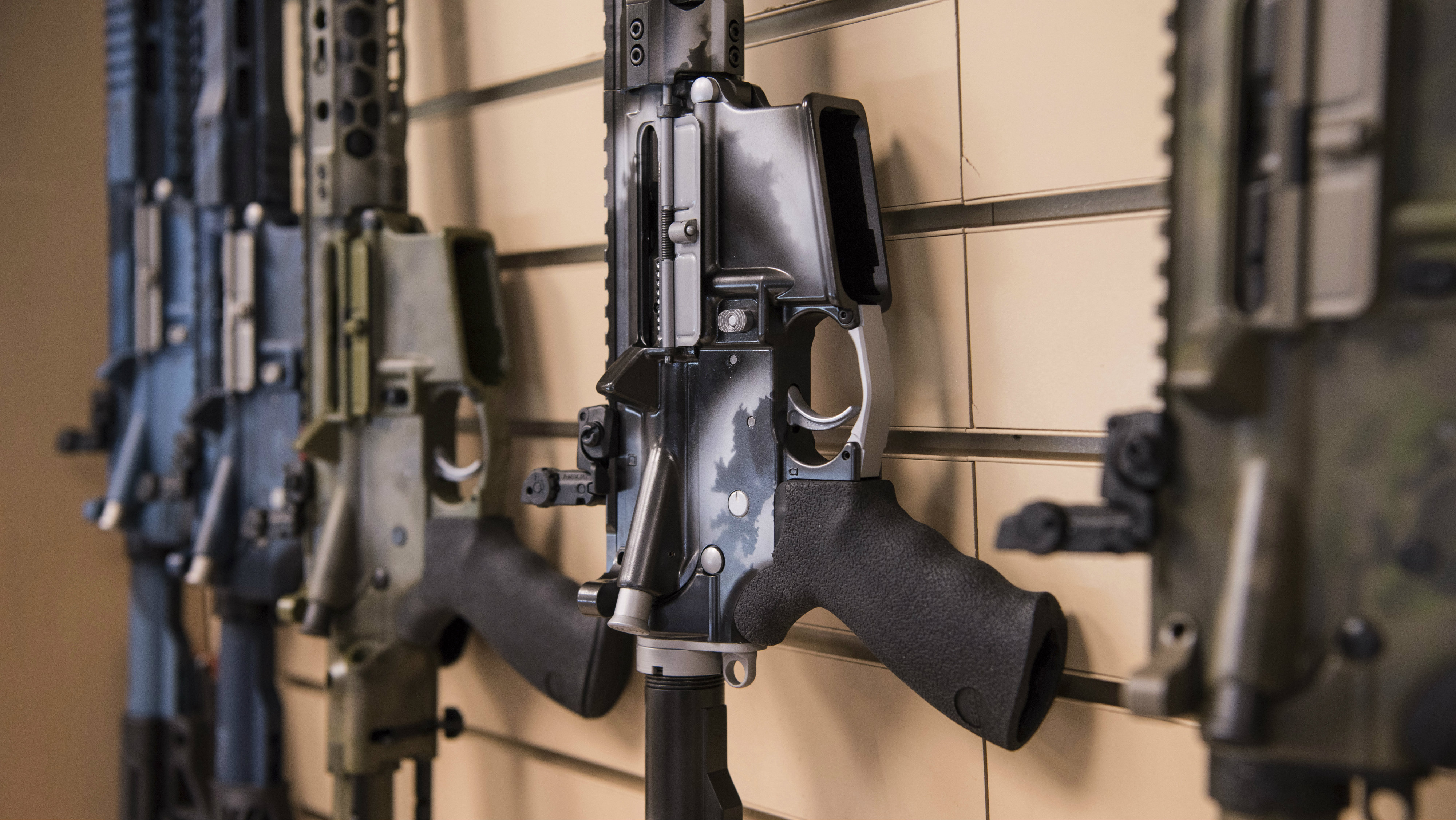 The cost of US gun violence has finally been calculated—at $2.8 billion a year

If lost wages are factored in, the financial burden rises to $45 billion annually.

Gee. Under a million bucks? If the ONLY reason these politicians vote that way is because of NRA donations, I think it would be VERY easy to “sway” their vote. Maybe its more than just the NRA’s money. 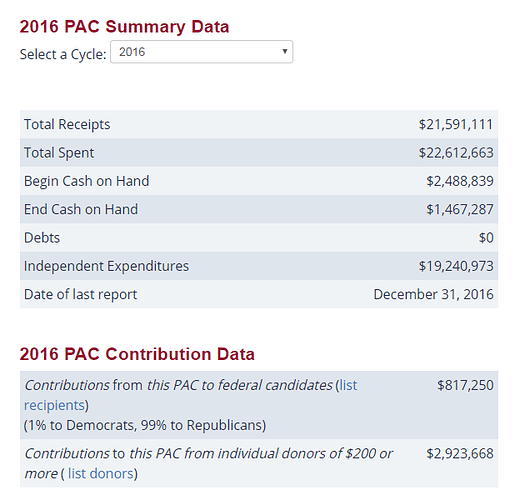 They spent $22.6 million on candidates, actually. They also spent another $52.6 million on targeted ads supporting the GOP and against the Democrats. 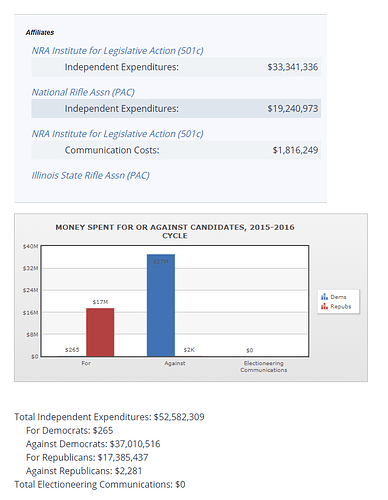 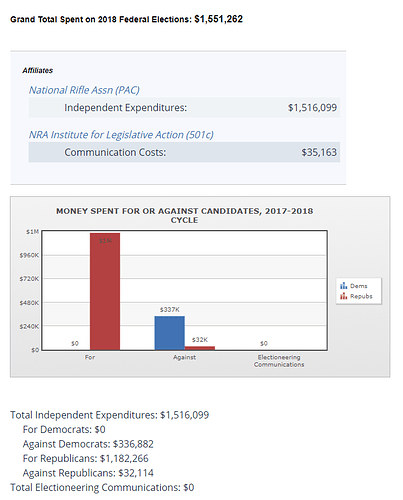 Fuck, even a baby-step of repealing the ban on studying gun violence. That would at least be a start.

But doing so might reveal that guns are dangerous, and that would be biased!

They spent $22.6 million on candidates, actually. They also spent another $52.6 million on targeted ads supporting the GOP and against the Democrats.

0_o your statement isn’t supported by the numbers you listed, nor the numbers I see on opensecrets.org, unless you are referring to some other source OR I totally missed something obvious.

The other associated ad spending for the $52.6 million total is from the other NRA 501c which is the $35 million.
https://www.opensecrets.org/outsidespending/recips.php?cmte=C90013301&cycle=2016

$12.3 million of it was spent against HRC alone.

And if you expand to outside the NRA alone, here is (most of) the money the gun lobbying industry donated to candidates in 2016: 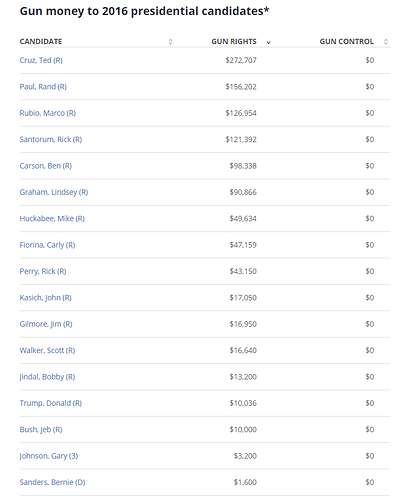 And here is the total spent on gun controll: