Let’s see them remove it from my brain.

For the people who after 13 minutes, who still don’t have enough Purple Rain to get through hump day:

Direct link to site also offers some other goodies just to the right of the video: 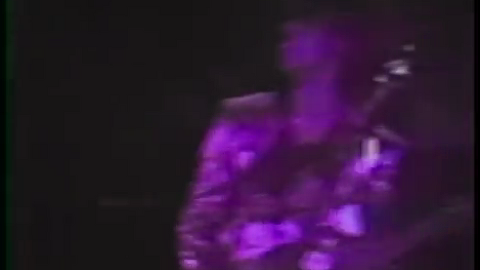 oh hell yeah.
Going to have residual goosebumps all day. Thanks for posting!

Nice one, thank you.
Downloaded for posterity with Download Helper plugin for Firefox.

Wow that was a blast. I never understand why that would need to be removed. Its perfectly illustrative of how awesome those concerts were back then.

The artist formerly known as relevant.

Yeah, it’s a great performance and all, but maybe we could rethink the whole kneejerk “how dare he do the takedown notice” thing and remember that this is a guy who spent a significant amount of his career trying to regain control of his music. (He recently reunited with Warner Bros., but part of the deal is that he gets his original studio tapes back.)

remember that this is a guy who spent a significant amount of his career trying to regain control of his music.

I was amazed to discover today his method for getting out of his contract: recording and releasing five albums of material between 1994 and 1996.

Guy’s got an inhuman work ethic.

That concert was the month I was born. I bought musicology a few years back, loved it, but never really saw much of old prince. That video blew my mind- that was one of the most beautiful performances I’ve ever heard. You could see the man really feeling the music in a way almost noone does these days. That was a true performance from a true artist.

Absolutely incredible solo, the entire 13 minutes the guitar was awesome.

When people bitch about music sucking these days- things like this level of craft are why. Everything is a temporary glib hit with a catchy hook and manufactured beat.

This is what lasting epicness sounds like. No one makes music to last like that now that I know of. Funny, when I was a teenager, I laughed at people who liked girly men like Prince. I just had no musical taste yet, and didn’t know 13 years before, when I was born, he already was blowing my mind. It just took me 32 years to realize it!

Everything is a temporary glib hit with a catchy hook and manufactured beat.

When people bitch about music sucking these days, they need to quit telling those kids to get off the lawn and find out what they’re listening to.

find out what they’re listening to

I get what you are saying, there is a ton of new music that gets me going. But it is also ok to admit how the music scene is changing: I go to see my favorite band live and over half the music is prerecorded, or there is a kid pushing a couple of buttons on a box while he DJ dances, or there is a face with a famous name standing at the front of the stage but the music and lyrics were all written and assembled by a ghost production team. Granted live indie music still exists, but the spectacle of a mega star musician on stage pooring their soul into the song is beginning to feel like a fleeting memory.

Decent imagining of such a thing here:

He has scored over fifty top 40 hits around the world since 1979. He has been ranked as the 21st most successful act of all time,[4] the greatest songwriter of all time, the 26th most successful chart artist worldwide,[5] including 27 overall number-one entries,[6] and being the most successful chart act of the 1980s.[7] His most commercial period was from 1982’s 1999 to 1996’s Emancipation, however, he has maintained a loyal audience since and experienced a commercial resurgence with 2004’s Musicology, paving the way for several successful albums to follow including his latest, Art Official Age, released in September 2014 reaching all major Top 40 markets. 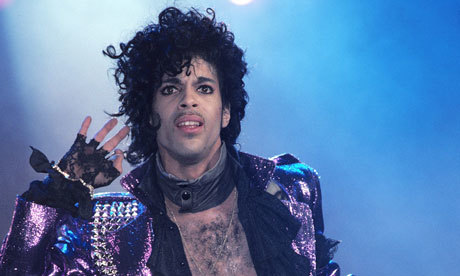 You realize that’s not good music? That’s one kind of good music. And if you’re really hung up on the singer-songwriter genre, I have really bad news for you, you’re right, all music is dead.

But don’t be too quick to dismiss those shallow pop stars who don’t even write their own songs, like Sinatra, Billie Holliday, Dionne Warwick…

He’s got soul, he’s got funk and he totally rocks.
How many can claim that?