Watch this Prince & The Revolution smoking live concert from 1985

I didn’t even know YouTube had the “modestbranding” feature for embedded videos, (which turns off the link to watch the video at YouTube) until BoingBoing started using it a day or so ago, and I gotta say, I don’t like it.

On a somewhat related 80s side note, if anyone is looking for the MTV files posted a few weeks ago at the original link on the Internet Archive that Viacom made them take down, you can still find them here for the time being.

Here’s a link to the video on YouTube https://www.youtube.com/watch?v=KRa8ZH_iOXo
The embedded viewer is okay for a lot of things, but there’s no size option besides full screen, so I go to YouTube if I want a bigger view.

He knew exacly what he was doing https://youtu.be/KRa8ZH_iOXo?t=754 - and he was fucking good at doing it…

I mean, the songs standon their own, all the artists are in their groove, he just chimes in with his autowah terlecaster and voice when needed, it’s fluid, ecstatic, funky, beautiful… I’m drunk, bur Prince, Prince fucking ROCKS.

Ahem,. back to what you were doing. 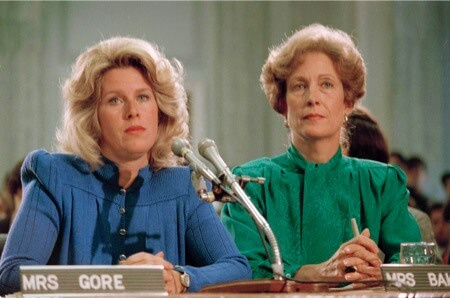 I COULD
HAVE SEEN
PRINCE LIVE
AND
NEVER DID

What an absolute master. I don’t even have enough adjectives to describe the might of this man’s talent. His band were all aces as well. The world is poorer without him. Long live Prince.

I can’t watch it all in one sitting, because reasons; but each time I come back to the vid and watch another portion, I’m amazed by all the incredible talent, creativity and showmanship on that stage.

I only ever got to go to one Prince concert back in the early 2000’s; while it was good, it was nothing like the ones in his heyday.

I wish I would have caught a show at any point! I like a lot of his later tunes as well but you’re right, in his heyday he was untouchable.

Oh, don’t get me wrong; I feel very blessed to ever have seen him live at all.

I hear you for sure. I’m so glad we have his catalog and videos like this one to celebrate the man.

You know, that he died not long after playing in the ATL and I did not go… so, me too.

Yeah, so close, it was right there.

Hurts to think about it.

I saw him once, at Parc des Princes in Paris, must have been 1987-88? Is it possible it was so long ago? Yah I feel for those who didn’t.

From this day to the ending of the world,
But we in it shall be rememberèd—
We few, we happy few, we band of brothers;

Fun fact; the vid still showed up in my viewing history on YT.

Monday morning and the Prince concert is still streaming