Whitefish, Montana? Again? Is that place built on special ley-lines or something, because it’s a small place to keep popping up in the news.

but simply a way to mock those who slap a Nazi label on anyone who “stands up for white people’s rights” or “refuses to believe the stupid lies about Hitler” or rejects the “alleged Holocaust” narrative.

Uh… if someone deserves a Nazi label, it is definitely people doing the last two things.

So, he claims to not be a real Nazi-white nationalist, but he believes all of their incorrect and cockamamy theories, like ‘lies about Hitler’, the 'holocaust, etc. Now, he is making up even more insane theories about reptilian aliens to create a case of insanity for his defense. Any body who hosts a website with a theme of ‘Summer of Hate’ needs to be disposed of by any means possible.

Of course we associate “duckwalking” mostly with Chuck Berry.

As soon as someone begins their defense with “A neo-nazi white supremacist? I don’t even know what that is.”

If the jackboot fits…

This piece gets at the number of layers of “irony” these jamokes wrap themselves in to avoid any responsibility for their views and what that does to them. That Vonnegut quote is spot on. These angry young men looking for something to believe in and belong to spend so much effort being edgy and offensive that eventually those things eat into their core. You can only make so many n***** or Holocaust or rape jokes before you start to really believe what you’re saying.

This is like the new “I’m not a racist, but…” – it’s not the first time I’ve read interviews with these guys who say “I’m not a Nazi” or “I don’t even know what Fascism is”, then immediately espouse stuff that IS perfectly in line with the ideology. 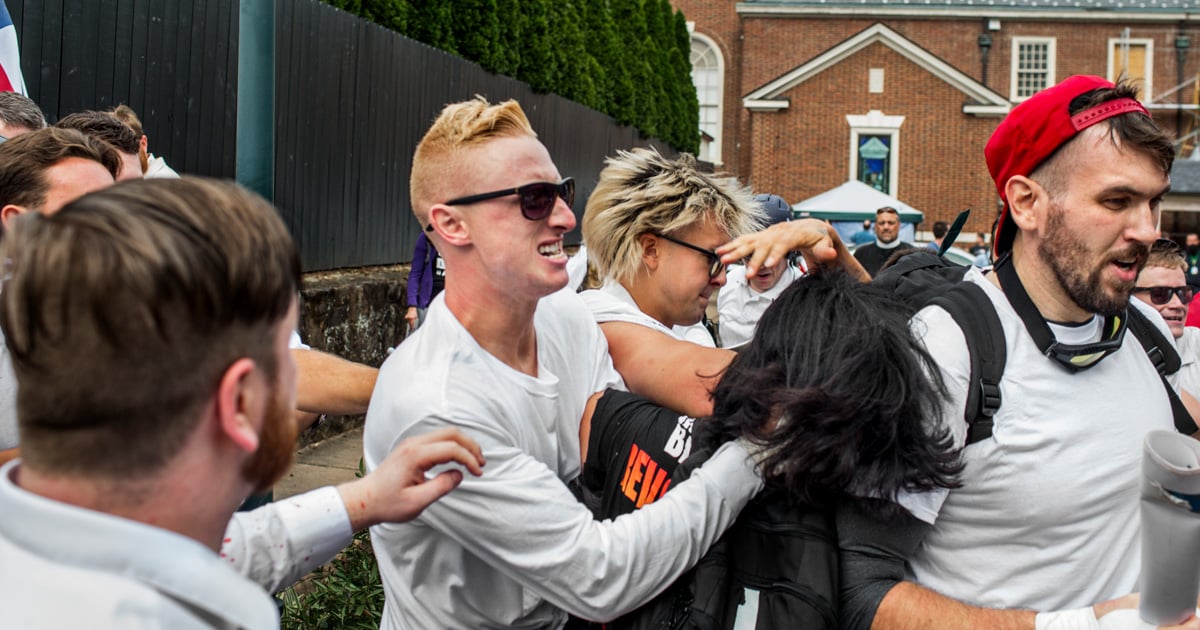 They train to fight. They post their beatings online. And so far, they have little reason to fear the authorities.

“I wouldn’t say I’m a fascist,” the RAM leader continued, though he acknowledged that his worldview is close. He said he’s trying to create a “conservative counter-culture” as an antidote to the “complete degeneracy” of contemporary American life and “the left-wing ideology that’s poisoning the youth.”

In the leader’s eyes, “your life should be dedicated to God and country and your people.”

This is the problem with the rampant anti-intellectualism among the alt-right. “I don’t know what a Nazi is, but I know I’m not one. In fact, the Nazis were leftists!” Essentially it’s “Nazi is bad word, I’m not bad, my enemies must be Nazis!”

I can’t believe it’s not Nazi!

Reading between the lines of the article, this Nazi clown seems to have serious drug-abuse and mental illness issues and angry confusion over his sexual orientation going back to his teens. Lucky for him he has a slimy dad* who’s enabled him in all his phases, from druggie teen through back-to-the-land paleo wannabe to white saviour Kurtz of the Philippines to white supremacist to Nazi.

[* runs a Xtianist counseling service, uses it to fish for young girls, all the while profiting from family investments in “evil” gay bars]

I think when someone like that says “reptilian aliens”, they basically mean Jews.

That Vonnegut quote is spot on.

Its from the novel Mother Night. Painfully appropriate work for this day and age. About an American Pro-Nazi firebrand who is secretly an allied spy. Allied code was mixed into his broadcast radio hate speeches. As the novel goes on, he realizes the harm to the world as a fake Nazi was far greater than the good he may have done as a spy.

Great movie too with Nick Nolte and Alan Arkin. Mother Night is a novel by American author Kurt Vonnegut, first published in February 1962. The title of the book is taken from Goethe's Faust. It is the fictional memoirs of Howard W. Campbell Jr., an American, who moved to Germany in 1923 at age 11, and later became a well-known playwright and Nazi propagandist. The action of the novel is narrated (through the use of metafiction) by Campbell himself. The premise is that he is writing his memoirs while awaiting trial for war crimes in an Israeli...

If you act like a Nazi, you are a Nazi.

Nigger. Really. Go ahead and spell it out. Mark Twain did and he definitely knew what it meant. We should not have to hide behind **** just to be correct. It just depends on how you use it. “Baby, baby, baby was a rock’n’roll nigger”. It is a hateful word. It is a loaded word, the most loaded word in the language that I can think of. And that makes it useful when used with thought.