The Dear Wife just made real butter milk corn bread muffins with pecorino cheese mixed in, 48 ain’t enough, need to add a zero to the number.

My younger brother was peanut butter or French fries only when he was that age. I think he grew out of it trying new things after kindergarten.

You might want to include an excursion to La Bodega where you may find wine that is far superior to paint stripper. For those who don’t mind the climb, Attica is great place to get away from it all.

Beyond burgers totally stocked. All other (actual) meat, totally gone. That tells you something I guess.

Is a general food topic good enough for you?

I like food, cooking it and eating it. I want to see other Boing Boing Buddies favorite foods and recipes. Here is my secret recipe for what I call ”marinated monkey meat.”

Only tested on beef and pork so far. No monkeys were injured in developing this recipe . For each pound of flesh: 2 oz of soy sauce 2 oz apple cider vinegar 1 tsp of hot sauce ( Sriracha works great ) 2 crushed cloves of garlic 7 drops of liquid smoke ( optional ) 1/8th tsp of fish sauce ( also optiona…

i looked at a spiral ham today, in Trader Joe’s (after the 1/2 hour wait in a widely spaced line to get in). i decided that $50ish was better spent on various whiskeys, beers and wines. i am almost certain i will not regret that decision.

Is spiral ham carved in a spiral? What difference does that make?

I am trying to imagine the household that would have both spiral ham and oatmilk in their fridge. It’s an unlikely combo.

All canned and dried beans were gone, except for the black eyed peas.

All the bodegas around here are still fully stocked.

Besides if I was prepping, I would go for canned beans, oatmeal, canned veggies in general.

Bagged beans and rice, assuming I still had access to clean water. Anything in a can, and most things in a jar, regardless.

steaks, chicken thighs and “plant based” meat stuck around for a while and were the first to be replenished

I ventured out the other day, and those were the exact meat options I had available. I got chicken thighs and a pound of Beyond Meat.

Toilet roll
Webcams (for my parents)

But yes, the toilet paper shortage is well documented, and since everybody’s using Zoom because of this crisis, everybody needs webcams now.

But yes, the toilet paper shortage is well documented, and since everybody’s using Zoom because of this crisis, everybody needs webcams now.

Yes - none of it is hard to explain except the toilet roll - I just don’t get why that’s where people’s minds go in a crisis like this, and I’m told it takes less than 48 hours to manufacture and ship. Some people are buying a LOT more toilet paper than usual. It’s not the first time it’s happened either.

And now we’re in a feedback loop, and EVERYONE is buying it when they see it, whether they need it or not.

Anything in a can,

I have not read her latest book (see below, which is my reason for posting) but she is quite famous over here and I encourage you to read about how that came to be. Also read about how she took down a noted and hated UK right wing piece of shit in the courts. 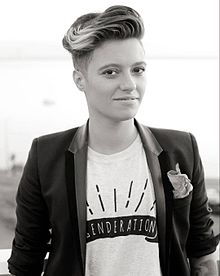 Jack Monroe (born 17 March 1988) is a British food writer, journalist and activist known for campaigning on poverty issues, particularly hunger relief. Monroe initially rose to prominence for writing a blog titled A Girl Called Jack (now renamed Cooking on a Bootstrap), and has since written for publications such as The Echo, The Huffington Post, The Guardian, and The New Yorker, as well as publishing several cookbooks focusing on "austerity recipes" and meals which can be made on a tight budg...


Anyway, back to the book, which is the one book the world needs right now:

bringing together seventy-five recipes that you can rustle up from tinned and dried ingredients. If you’ve ever struggled to make a dish because the recipe calls for an exotic ingredient you’ve never heard of, then this is the book for you. Jack does away with the effort; all her dishes are exciting and new, but you won’t have to look further than your local supermarket to make them. 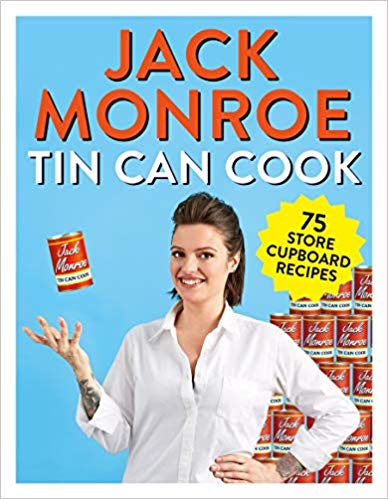 ***Delivery estimate 7-10 days - subject to change due to operating restrictions and lockdown because of COVID-19/Coronavirus. I'm working my...

I am trying to imagine the household that would have both spiral ham and oatmilk in their fridge. It’s an unlikely combo.

Thinking about unlikely combinations is my go-to technique for brainstorming ideas, in the manner of Arthur Koestler, who argues, in The Act of Creation, that creativity emerges from the juxtaposition and integration of disparates. (Puns, for example.)

In refrigerators we find a rich set of juxtapositionables at the crossroads of Food and Marketing. It’s hilarity-ready!

(Memo to self: stop buying Lunchables, get Juxtapositionables instead.) 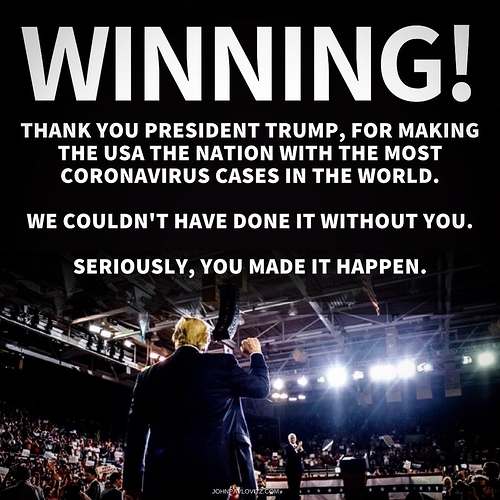 Please reconsider the framing - the problem isn’t Americans, panic-buyers, hoarders, or otherwise - but rather the fragility of a just-in-time food system that is exposed when probable and actual demand no longer align. Ex. https://www.theguardian.com/commentisfree/2020/mar/27/the-guardian-view-on-empty-supermarket-shelves-panic-is-not-the-problem
Let’s let each other off the hook a bit more - we’re all neighbours, after all!

Let’s let each other off the hook a bit more - we’re all neighbours, after all!

Yes. This is humanism.

I had a text conversation yesterday with an older person who was looking for catfood to feed feral cats. They’re a shut-in who can’t get around easily & has multiple food allergies. They’re caring for someone who can’t leave their bed. They said no neighbors, friends or community outreach had contacted them & they were planning to fast through the shelter-in-place order but didn’t want the kitties to suffer. I was able to hook them up with a local food bank, & with a neighbor who is offering to shop for folks for free. Please, reach out today to somebody who might need help.

I dunno about you, fellow shop owners, but I don’t report shit to neal’s son. That kid is useless, all he does is draw on the walls and steal my butterscotch.

ALso spiral ham is gross. Oat milk you can make using a blender, oats and water. I like a little MSG in mine to spice it up a bit!

Yeah, I can’t get flour or yeast.

It’s a weird feeling after living in this country after 50+ years and now having this much trouble buying fucking yeast.

Didn’t you stock up on millstones and 3 to 6 months of groats ?