Originally published at: An aggressive cop steps on a porch and repeatedly kicks a dog | Boing Boing

I hope that cop’s bad karma is swift and horribly painful.

What the actual mother loving FUCK?!? Reason number 3,897,042 NOT to ever call the police.
And to the “statement.” It does not matter in any way what ever else might be part of this “story.” There is no scenario in which the actions shown are excusable.
I’m with @Papasan , check that guy’s property.

There is a meme to always hide your dog when calling the cops/feds. It happens waaaayyyy too often.

Well, I guess it’s a positive that he didn’t kill it. Or the people who’s door the video ends with him banging on.

knowing cop logic, he was probably transferred to the K9 unit. /s …where he’ll hopefully be eaten

So… the dog chases off the criminals… and the cops show up… and kick the dog.
Who… exactly… are the “animals” here?

(Clearly… when Germany lost the war… it put a lot of men out of work… until they came here.)

Nope, not watching that.

Is there any word on the dog? Did it come back? Was it badly injured? Will it recover?

Understanding the Link Between Animal Abuse and Family Violence - American...

What Is The Link®? A correlation between animal abuse, family violence and other forms of community violence has been established. Child and animal protection professionals have recognized The Link®, noting that abuse of both children and animals is...

What to know about abuse victims and legislative trends

When investigating claims of animal cruelty, law enforcement should be aware of the well-documented link to violence against humans and other types of violent crime.

… Recognizing animal cruelty as a serious violent offense has slowly developed over time. In the late 19th century, child abuse and animal welfare were closely associated within independent programs. However, during the 20th century, the government began to oversee child protection services, and private humane societies undertook animal welfare.2 This separation hindered the acknowledgement of the correlation between animal cruelty and domestic violence. As time has progressed, an increasing number of fields have acknowledged the correlation and seriousness of these crimes.3

Yeah I’m not about to watch animal abuse. I would gladly watch the abuser getting his comeuppance, tho.

Did anyone read the Kansas City Star article that was linked? There is bodycam footage that led up to the Ring video.

Please Note I am absolutely not condoning what he did. The cop was not responding to a break in, they were responding to an aggressive dog wandering around the neighborhood lunging at people. He probablly wasn’t the cop to send especially if they are not trained how to deal with an aggressive dog but he did have information that the dog was aggressive and involved in other incidents.

Please Also Note I am absolutely not blaming the dog either.

Is it possible the police department is covering his ass? Sure it is but the bodycam footage does point to more to the story and their Facebook post gives a lengthy detailed account of the incident.

If you don’t use Facebook this news station also has the video and statement from the police and prosecutor along with the 911 call about the dogs. The dogs were also involved in earlier incidents including biting an 11 year old girl. The officer had that information when he was responding. 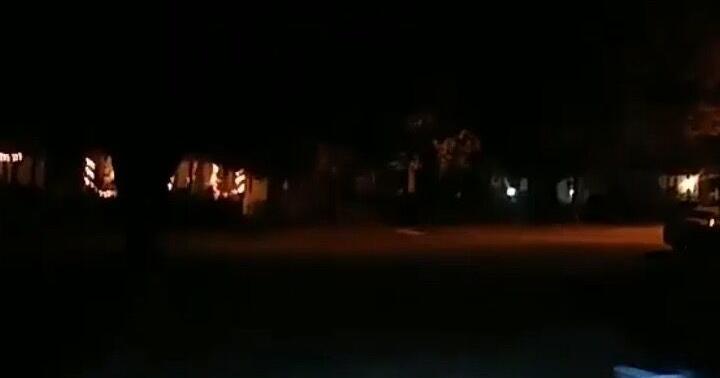 We are continuing our coverage of the viral video of a local police officer that sparked national outrage.

Well the dog shouldn’t be out, and according to the neighbor, it has been a recurring issue. That is on the owner.

But kicking the shit out of a dog isn’t really the answer for this problem. I am not 100% sure what to be done about an aggressive territorial dog that got out, That sounds like a job for animal control with one of those long lasso poles. But they may not be available at that time of the night.

The county municipal code requires that a sheriff impound and quarantine the animal. If they knew about an ongoing issue, this is what they should have done.

It should also be noted that Terre Haute once had an animal control website that is now missing.

The county municipal code requires that a sheriff impound and quarantine the animal.

Or, you know, scream at it and kick it into a frenzy and leave it wandering around the neighborhood.

From the article, Prosecutor Modesitt said:

The officer was doing his duty.

You say tomato, I say animal cruelty and endangering the citizenry. Let’s call the whole thing off.

That he didn’t shoot the dog is, I guess, the best we could have hoped for. He’s one of the “good ones,” guys!

Honestly, this makes it so much worse. They didn’t send someone trained and equipped to deal with the animal they expected to find. You might cut him a tiny bit of slack if the presence of the dog took him by surprise, but not even that’s true. He didn’t deal with it in a way that was remotely reasonable or which even addressed the issue and in fact he made the situation they were ostensibly there to resolve significantly worse by simply driving it off. Videos like this are great arguments for defunding the police. They’re constantly sent on calls that they’re completely unequipped to deal with, and just manage to fuck things up. Thankfully no one had to die as a result of this fuck-up.

Based on a subsequent tweet, it seems the dogs were found, taken to a vet and are recovering.

I was also going to say lasso pole animal control.

If a dog is behaving aggressively towards people, abusing it is only going to reinforce that people are dangerous and should be preemptively attacked.