An elephant's prehensile penis is like a second trunk

Originally published at: An elephant's prehensile penis is like a second trunk | Boing Boing

This brings to mind a joke I heard as a kid:

A man lost his member during wartime, and a local doctor replaced it with the trunk of an elephant.
At his welcome-home dinner party, the trunk rose from beneath the table, grabbed a baked potato from a serving plate, then disappeared back underneath the table.
An astonished onlooker exclaimed “Do that again!”, to which he replied:
“I don’t think that I can fit another potato in my a**.”

This joke can now be told more accurately, thanks to Science!!

I bore witness to an event at the Toronto Zoo where a male elephant, in great excitation, was assisted in his advances to a female (elephant) by other females (also elephants) who stood on either side of the target of his affections and provided support for when he would mount - which he did - but in the process, his excitation got the better of him and he prematurely showered the dirt below her with his massive money shot. In mere moments all the women wandered off with laboured sighs - leaving the poor fellow standing, disconsolate, staring at the puddle he had made - whilst his twisting member retreated, as if pretending to have had nothing to do with the proceedings. I think the male elephant’s hurt feelings were not helped by the audible reactions of the observing crowd - sort of the inverse of when watching fireworks: “Ahh! Ohhhh.”

This brings to mind a joke I heard as a kid:

Mother, Dad and 6-year-old Son go to the zoo. They stop at the elephant enclosure. Dad: “Anyone for popcorn and soda? I’ll be right back.” Dad leaves. Son: “Mom. What’s that big long thing hanging under the elephant?” Mom (embarassed): “Oh… that’s… that’s nothing. Ignore it.” Dad returns. Mom: “You forgot my Sprite! I’ll be right back.” Mom leaves. Son: “Dad. I asked Mommy what that big long thing was hanging under the elephant, and she said it was nothing.” Dad (chuckles): “Nothing, huh? Your Mom… I think I’ve spoiled her.”

“And it serves many functions! When National Geographic writer Ed Yong was in South Africa, he watched a bull elephant use its penis to “prop himself up, swat flies from his side and scratch himself on his stomach.”

You forgot the prostate massage.

You forgot the prostate massage.

Is your Subway Card full?

No, I have yet to try the Footlong.

A shorti can be satisfying.

…it was only today that I learned elephants have prehensile penises. 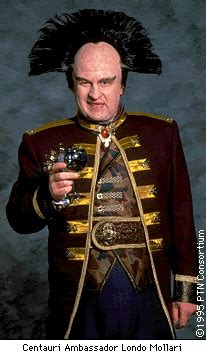 There is a lot to be learned from Dr Tatiana’s Sex Guide to All Creation. For example, about foxes that (1) have a gland in their penis that produces a plug of fat to leave behind after the deed, the better to block other suitors’ sperm (2) have prehensile penes, the better to extract other lesser males’ plugs. These aren’t some weird sea cucumber bozos we’re talking about! These are mammals!!