Originally published at: An NY Corrections Officer shot and killed a teen for playing with a water gun | Boing Boing

Then so are all Nerf guns, because they use the same mechanism.

Maybe NYPD should equip their officers with Nerf guns instead of real firearms and save hundreds of lives each year. 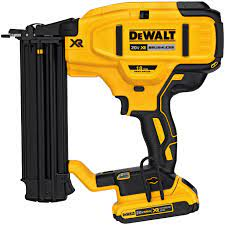 Middleton, who works in at the NYPD shooting range, went to work after the incident. He has since been charged with murder, manslaughter, and criminal possession of a weapon.

This is the only part of this tragic story that surprised me. When’s the last time that a law enforcement officer was charged so quickly after the murder? Usually takes a hell of a lot of community protests before that happens, in the rare cases that charges are brought at all.

Kid has a real gun and is actively murdering people: I sleep

Kid has a fake water gun:

maybe because he was a corrections officer and not a cop? he wasn’t even supposed to have a gun, and that does seem like a very bright line

still, yeah. i could easily see a few years ago this not even making the news, and then being quietly swept under the rug with a wrist slap. now if only actual cops were treated the same

is this an example of a “good guy with a gun” ?

Y’all gotta understand, police officers are made of spun sugar and high-pitched, hitching sobs. Do you know the damage water can do to delicate, frightened sugar sculptures?

> Violators found in possession of these will be issued a criminal summons & the weapon will be confiscated.

I wish NYPD would have the same level of concern about getting REAL guns off the street as they do about toys that launch little bits of gel. In an unbelievable story from January, an individual who was already on probation from a prior gun case shot an NYPD officer in the leg during a struggle and got… no charges. And yet NYPD is telling us now that they will charge people with “bead blaster” toys. Who is setting priorities over there?

Hell, so are the chip squirt gun derringers you get from the prize box at your dentist office. I saw that tweet from NYPD but was too busy to look into what insanity led to it. An ignorance I sadly just lost.

This is the only part of this tragic story that surprised me.

I’m surprised by the fact that he went to work after the incident, at minimum. That’s just heartless.

So goddamned tired of this shit.

So to escape guilt, they just reclassify it as a weapon?

This kid had a fucking water gun, with orange plastic parts that clearly marked it as a water gun

Well orange is the new black.

Or maybe the cop has orange/black color blindness?

Or maybe he’s a fuckstick?

I am not victim blaming - but goddman what is with this obsession to create gun-like playthings?
Can a squirt gun not be made to look like a potato or a stuffed animal… no, needs likes similar to an assault rifle. You get an object that expels something. MUST look like a gun… MUST have that wink-wink not a gun but it kinda is design. Because real men don’t go to war armed with a potato.

Except it does come off as at least vitcim-blaming-adjacent, since cops shoot BIPOC kids when they have non-gun-like items, too. Phones, sandwiches, probably potatos, too.

No, the kids get these things from the toy stores, they are conditioned by toy companies to accept the designs. kids don’t understand the deeper implications of these things…

Kid wanted to shoot water … this is what was available. kid was a victim of merchandising by irresponsible adults who should know better to put out ‘toys’ that in this day and age could get the user killed because of shitty design. Why make a plastic AR-15 toy… but with an orange cap… ya know? How about not make that at all.

This toy doesn’t look at all like an AR-15. It’s brightly colored, not just with an orange front cap. It looks less like a real gun than your example of a potato does.