I’ll only contribute if they make an Assassin’s Creed version since this would be perfect for the overexposed white glow effect that the Animus has. Oh, and if they teach me parkour also. Quite reasonable expectations, if I do say so myself.

made from intensively reflective fabric

Also makes you easy to identify, follow and take non-flash photos of.

But, uhm, how many people famous enough to need (and would actually wear) an anti-paparazzi jacket are there, and what percentage of them would have to contribute to this project to make it happen?

Add a mirrored faceplate to a goalie mask and wear that with the hoodie and you’d have a pretty good anti-surveillance outfit, too

A jacket is nice, but how about underwear?

[quote=“Skeptic, post:3, topic:51630”]But, uhm, how many people famous enough to need (and would actually wear) an anti-paparazzi jacket are there, and what percentage of them would have to contribute to this project to make it happen?
[/quote]

You will walk among the people of Earth, and you will look like one of them, my son.

And that day is coming. CCDs get more sensitive, and thus flash settings get weaker and weaker every day.

Reminded of the AGC-fuckery with Macrovision copy protection.

Not really good for it’s stated purpose… In the first place, most paparazzo shoot in daylight, and for darkness, there are now cameras like the oh-so-insane, Sony A7s. If you think paparazzi scum aren’t packing these…

That fabric is Scotchlite by 3M. It’s expensive to purchase by the yard in fabric widths - but if you’ve got the $$$ get creative.

I seem to recall John Doe from X posing in a shoot from Details magazine c. 1990 or so, wearing some jeans made from this stuff, from Martin Margiela (?).

I dunno who these people are trying to market this product towards ? The concept of using this fabric for clothing is well, not new.

looks like the Kryptonian’s outfits in the first Superman movie.

Betabrand’s model is to throw out crazy ideas and see if they stick. They’ve done a number of “weird” fabrics in the past. They only do production runs if they have enough interest. I don’t think they’re honestly trying to sell these to celebrities as photo-proof. More like trying to sell them to kids who want to think that other people want to take their pictures or people who want to draw attention to how shiny they are. Which is a perfectly good, large market in my opinion.

For a less flashy look under ordinary lighting conditions you can find similar fabric that looks black until you shine a directed light source on it. I had some sewn into the piping of my old leather biker’s jacket to increase visibility when I ride at night. 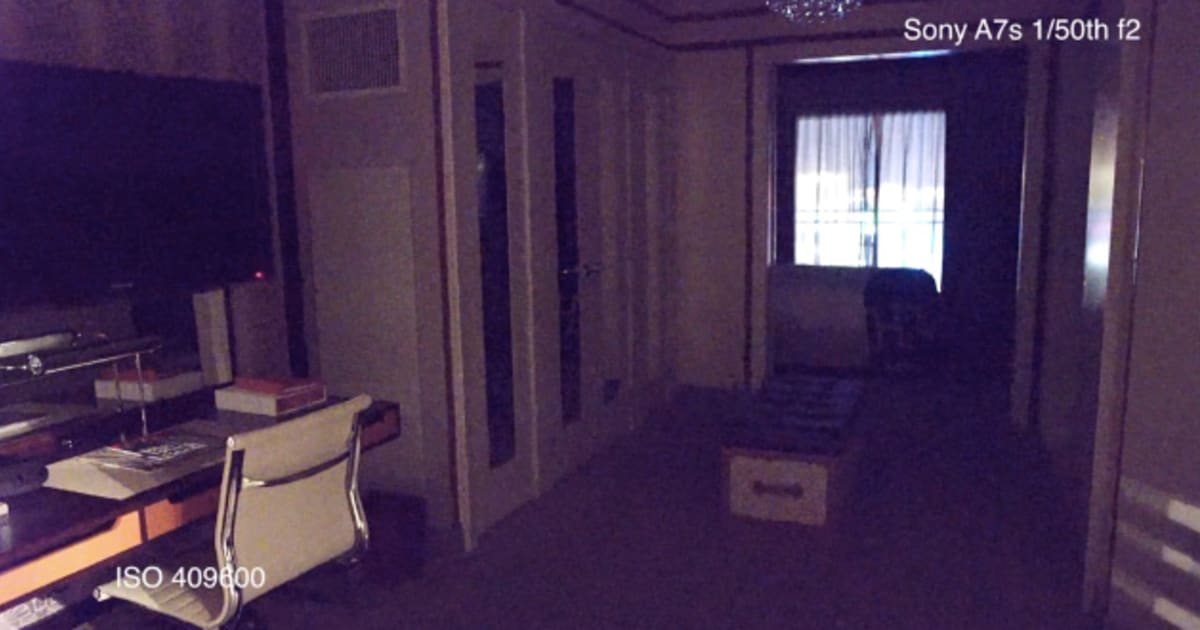 This week, Sony announced the A7s, a full-frame mirrorless camera that captures 4K video. But the 12-megapixel shooter has a few more tricks up its sleeve, in...

After I posted my last article comparing the high ISO performance of the Nikon D4s vs D4, a number of our readers requested that I provide a similar


Still, these are rather grainy.

Papparazzi use flash photography because they can. If they can’t, they;ll move onto some other technique,

The stereotypical image of a nosy photographer is a guy with a big green lens.

You can’t really use a flash with such a lens.

(The D4S does ISO409,600 as well, but it’s grainy as hell. I think I got in an argument with someone here back when it was released over whether or not it was largely a marketing gimmick.)

And if we’re posting the “Green Monster”, I’d be remiss if I didn’t post Lens Rental’s picture of it attached to a Canon EOS-M:

That looks identical to my Nike Flash Jacket.