So here are the obvious questions for those proposing a mass strike: what, exactly, are you striking for? What is the specific, material concession that you wish to gain in a negotiation with employers? Deposing President Trump? But no businesses have the ability to remove Trump from power. What is the purpose of a one-day strike? Yes, it may “send a message” to the country, which is laudatory, but that is then fundamentally a protest action, not a strike. What exactly would be different about the country the day after the strike compared to the day before? How can you meaningfully obstruct the functions of a non-unionized workforce? Even if you succeed in real mass success in convincing people not to work – let’s be optimistic and say 1% of the workforce – absent the organizing power of unions to enforce labor solidarity, very few workplaces will be seriously disrupted. How then does this constitute a strike? What will prevent the use of scab labor, absent picket lines and union militancy? What legal recourse will workers have if they are punished or fired for participating in such an action, if they are not in a legally-recognized union? These are not idle questions. They are absolutely central to the conception of a strike.

Its been burbling for a while. But really not that long. Given that real push for a general strike seemed to start less than a month ago. I’m not sure what the hell anyone was thinking putting the date in mid February. The women’s march came together crazy fast, but that was several months of active, publicly visible work. And the general strike concept has a recent history of not working in the US. As in they tend not to attract enough involvement to be effective (or anything really).

It just seems like giving it more time, and putting far more work into organizing a legit general strike would make more sense. Rather than what I’ve seen. Which is a few news stories about how XYZ might call for a general strike in mid February. And now this announcement that its the 17th.

That’s eight days. Eight days for people to plan. Get excited. Spread the word. As compared to 2 months of the same for the “holy shit how did they pull that off so fast?” Women’s March.

I’m not an optimist; a transportation strike by the masses wouldn’t be sustainable for a prolonged period of time, in my opinion.

Agreed. I really hate the idea of a general strike. It’s too porous and weak. I think we as a nation are well beyond “hey, look at our message!” There really needs to be a more concerted and focused public worldwide demonstration. Women’s March times a million or so.

The time is now for us to think big people.

I realize that the state of organized labor in the US makes a real strike very difficult, but calling that a strike is pretty sad.

What is the purpose of a one-day strike? Yes, it may “send a message” to the country, which is laudatory, but that is then fundamentally a protest action, not a strike. 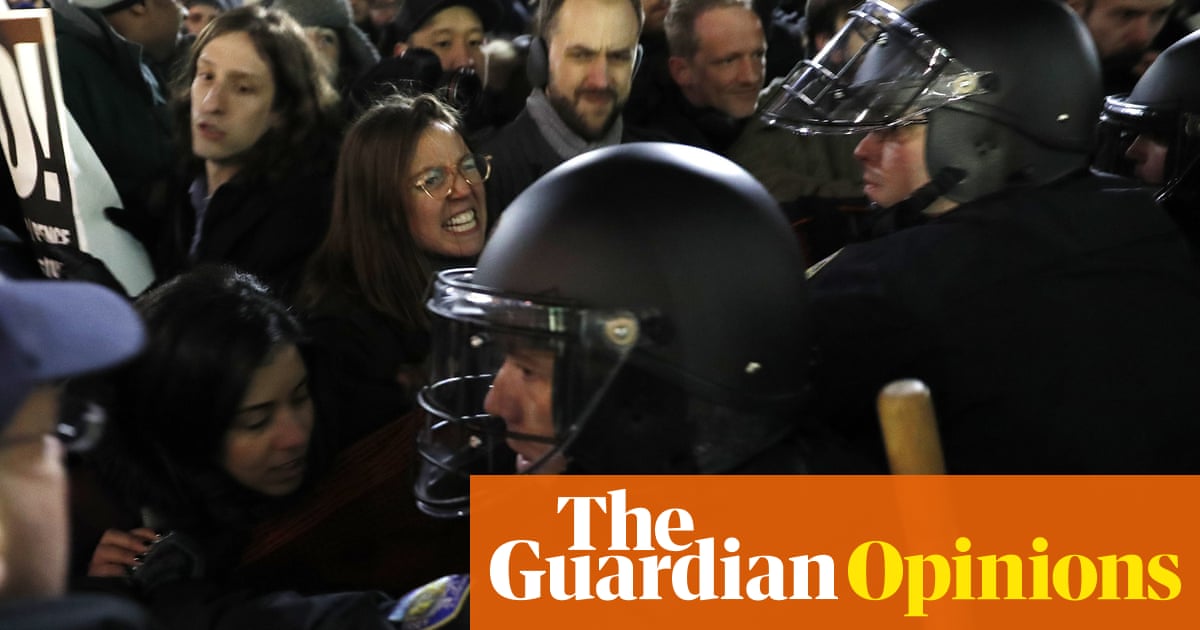 The date was chosen because it’s the Friday before Presidents’ Day.

I am taking a vacation day – I’m not hurting my employer at all (and unless they allied with Trump, I don’t want to). I’m not really hurting other businesses either. I might go to a local rally that’s organized for that day.

I think we as a nation are well beyond “hey, look at our message!”

They need us to continue to do the status quo stuff:

Go to work, go to school, produce and consume, use communications even if we’re not actually internalizing info and learning from it… without the masses doing that, society as we know it grinds to a halt.

But before we can even attempt to figure out how to disengage from that habitual cypher, (if it’s even possible at this point) we have to have a set of specific goals in mind.

What IS effective about such an event as this one is networking, developing relationships, fertilizing and growing a resistance community. I’m down with that.

Building strong foundations or deep roots depending on how you look at it.

The Rebel State of California will report for duty on that day.

Pretending to care about the Constitution is our thing!

I know most of your posts are facetious but this really hits the sorry state of our politics right on the nose.

Yup, that’s something that a lot of speakers pointed out at the rally I went to last weekend. And in fact, I found out that Democratic Socialists of America has a shiny new St. Louis chapter. I’m an introvert and I hate networking/hobnobbing/whatever, but that was a success.

And if nothing else, feeling like we’re trying something symbolic is better than staying home and drinking oneself to sleep every night. Maybe.

Here in the DC metro area, we’re all pretty much hoping this relatively mild winter lasts, not just because it’s nice, but…

It’s sort of a general assumption that if OPM calls a snow day, Bannon’s people will take note of who didn’t trudge into their office and get rid of those postions (or at least try to). The base will, of course, eat this up, thinking that telework for Feds is another word for sitting on your ass watching tv and getting paid.

The problem I see with such a “strike” is that it is opt-in and will cause only minimal harm. Those who participate won’t spend money, those who don’t will go on with their life and businesses will just wait until everyone makes up for the reduced demand a day or two later. The heart of a strike is that you cause severe non-consensual harm to people who didn’t want the strike.

I don’t have many illusions that any of these actions are necessarily effective.

Continued, repeated actions with large numbers of people involved can’t help but be effective in some fashion. Keeping people engaged, and sending a clear message to elected officials. The Women’s March was apparently one of (if not the) largest protests in US history. The airport protests were thousands of people at nearly every major airport in the US and so forth. The ongoing smaller events at Healthcare Townhalls apparently have the GOP in a bit of a panic.

My issue here is given the way it appears to have been planned, the very limited time frame, and the exceedingly vague “demands”. Its unlikely to attract the critical mass needed to contribute to that.

A genuine, even moderately large general strike could be a great thing. But seriously. You need a critical mass of extent Labor Unions involved, especially public sector ones (and shit the teachers are primed with DeVos getting confirmed). Publish a detailed platform. Have a specific issue/demand to focus on. Give it time to build attention, and for people to get organized. The Friday before Presidents day sounds nice. And there’s something to be said for tying it to a 3 day weekend. But why not push it for nearly any other holiday, or some significant date for the government? Why not consider the time it takes to pull these things off. Instead of focusing on what would be a nice day to do it on?

Additionally a general strike is not where a few people in your office take a sick day. You need mass numbers people to walk off the job. Sufficient in each work place so that it becomes difficult to penalize an individual who walked out. If you don’t get sufficient numbers of people involved. And those people who are interested convincing their coworkers to walk out. Its basically a protesty 4 day weekend.

Another wet fart of a general strike will likely just get pointed to as an example of the “protest fatigue” the news keeps hemming and hawing about.

ETA: I should point out that where this general strike seems to be right now is exactly where the Women’s March was when it first started to garner attention. That is: vague and with little sign of involvement from larger or more experience activist groups. And the Women’s March rapidly got their shit together. But as little time as that took to turn around, they had a lot more time between announcement and launch than these guys do. And more interest/action on their Facebook page IIRC. So there’s every chance that the right people will step up and it will become something firmer, I just don’t think there’s time. Even if they get everything in place in the next few days there’s still the human factor. People need time. Time to make plans. Time to even hear about the thing.

They have more and different demands on their facebook page. https://www.facebook.com/events/1756631744665376/?active_tab=about
Of course, they might be evolving and streamlining their message.

Wait, which version though?

Why, MY version, of course.

None of the “demands” (as of this minute) necessarily have anything to do with following the Constitution.

I expect the usual mission creep as happened with Occupy and BLM - if the “strike” was scheduled for two months later it’s likely the list would be 172 items long and include concerns about clamshell packaging and the designated hitter rule.

if the “strike” was scheduled for two months later it’s likely the list would be 172 items long and include concerns about clamshell packaging and the designated hitter rule.

Ok, then, if we’re going to kill off the DH you’ve got my vote. Let’s hear it for targeting the right special-interest group!