Are Jews people? Find out after the break on CNN

Christ, what an asshole?

I, for one, am just that, a soulless golem. Is that a problem for anyone?
I’ve got rights too, ya’ know!

If this character represents “people”, then I would say that Jews are better than people.

[please Scotty beam me the fuck up]

Maybe if we bend over ostentatiously for these Nazi fucks, they’ll leave our families alone?

Man, satire is getting a bit heavy-handed these days.

Buuuuut corporations are people? Well now that that is all cleared up lets ride this hand basket all the way down.

I think it’s about time for people on the left to start stockpiling guns, too.

I HATE to be the one to come in and make Spencer look like less of a monster…it pains me to do so…but CNN’s reporting there is off base.

The quote was not referring to Jews (directly). He was referring to political commentators that were decrying Trump’s chances of winning through the election - insinuating that they were protecting Jewish interest. 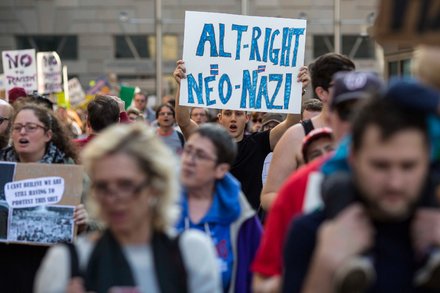 The alt-right, an extremist fringe popular with white supremacists, has celebrated the election of Donald J. Trump, and now hopes to have the ear of his White House.

Meanwhile, in the alt-right division of The Onion…