Unless his butt was getting zapped by a third party watching on television or in person.

I read it too fast as “cheese star” and I’m like WTF is a cheese star?

I had heard that Knight takes Bishop…

This is why we have Trump and everything else that is shit right now.

So is one of these opponents in the position of already having had his ass handed to him and the other is about to if the allegations are true?

Though the method used was a bit cheeky, to be sure.

Maybe it’s an amazingly sophisticated toy that has a chess computer.

Sounds like a anime plot. Or maybe an updated “The Computer Wore Tennis Shoes”.

Though the guy pulling it off wouldn’t have to be a a chess master, he’d just have to know his ass from a hole in the ground.

If you’re smart enough to both work out a way of cheat through remote signals, then have the ability to transmit those signals correctly under pressure and then even have the skills kick Magnus Carlsen’s ass then maybe you should just go ahead and play the match against him face to face.

maybe you should just go ahead and play the match against him face to face.

And not half-ass it.

It’d be easy the audit the Bluetooth devices in the room, and the security is always a joke.

And as the match nears its end, a hacker in the audience makes their move – Full on, max vibration – to bring the game to a surprising climax.

We need X-Ray pornoscanners with black apron TSA agents at all future chess tournaments until we can get Total Recall style screens: 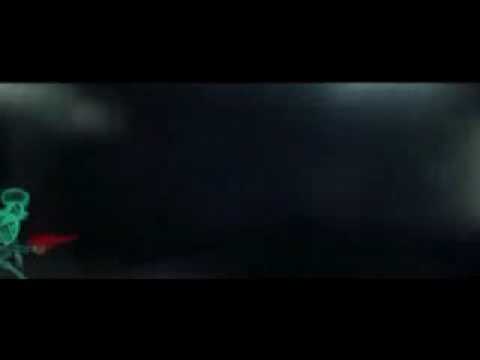 And, even so, the number of computers that could beat Carlsen is pretty small, and aren’t easy to come by.

This isn’t correct at all. Laptops outpaced grandmasters years ago. Stockfish’s ELO rating is above 3500, and runs on a regular CPU on any computer. Magnus’s is in the 2800s. Sockfish on a phone or Raspberry Pi could beat him.

In other news, this guy created something similar, a vibrating shoe insert called sockfish (running on a Pi) Apparently it was hard to make sure the game state in the computer matched the actual board, so the computer kept suggesting impossible moves: 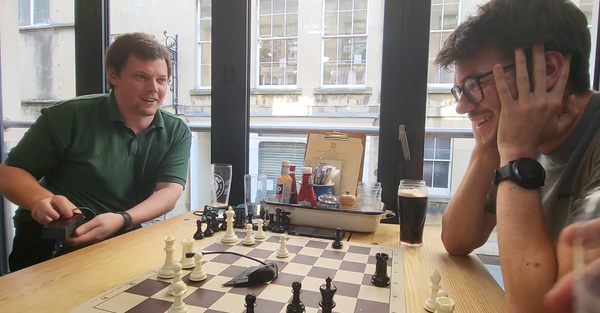 James Stanley - Cheating at chess with a computer for my shoes

I don’t follow chess, but what little I have seen of Carlsen has convinced me that he is the sort of person many people like but I can’t stand.

what little I have seen of Carlsen has convinced me that he is the sort of person many people like but I can’t stand.

Do yourself a favour and avoid Hikaru Nakamura then.

To be honest, the whole behind the scenes soap opera of chess players is a massive turn off for me. This kind of story doesn’t help. It makes me glad that I will never be a Grandmaster.

Do yourself a favour and avoid Hikaru Nakamura then.

and that other grandmaster who never shuts the fuck up

Well, someone would have to take a REALLY close look, and I for one don’t want to be the one who has to check, mate.

Any observer is free to see the moves on the table, and enter them into their phone. In chess there are no secrets as there are in poker. So the challenger would never have to signal outward, just recognize and interpret the vibration pattern of the arriving signals.

It would also be fairly easy to detect if such a device was present, simply by scanning for them. As various researchers (such as the Internet of Dongs Project) have pointed out, many of the devices in the ‘teledildonics’ category have poor-to-non-existent security. So it’s possible that not only could the signals be intercepted, but they could also be swamped with a Denial of Service attack by someone else (such as a conference investigator) simply sending a continual stream of bogus “max speed” requests.

Of course it would be harder to prove that the device belonged to one of the contestants, and not just one of the casual observers. I suppose a short range RF detector built into each of the chairs would be revealing, and not just for sex toys; any personal RF signal reception in the tournament environment would be highly suspicious.

Again, none of this really matters since it was just a random accusation by a Pedo Guy; not an actual tournament challenge.