Clowns all the way down to Mar a Lago.

Not sure this system was well-designed if the jurors are already going on the record to acquit. In a criminal trial the judge would declare a mistrial. But there is no other poll of jurors — besides the voters in 2022. I get that he can’t be removed now but the fix was just as obviously in back in January of last year at his first impeachment trial. And you know that 70M people would vote for him tomorrow, just as they will if he runs in 2024, assuming he doesn’t end in the sneezer in one of the several states that are weighing criminal cases.

This is one of the few times that I’d agree with Biff’s decision to stiff his attorneys. The only PR these clowns are gonna get is “only hire us if the fix is in with the jury”. 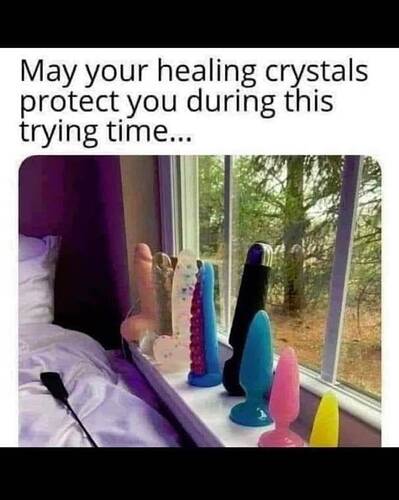 Not sure this system was well-designed if the jurors are already going on the record to acquit.

Yeah in retrospect it’s usually best if the jurors and the defendant’s co-conspirators are two different groups of people entirely.

The senate OKd calling witnesses. This is going to get good.

Trump will likely still get acquitted, but every bit of testimony will make Trump’s apologists look even more craven. 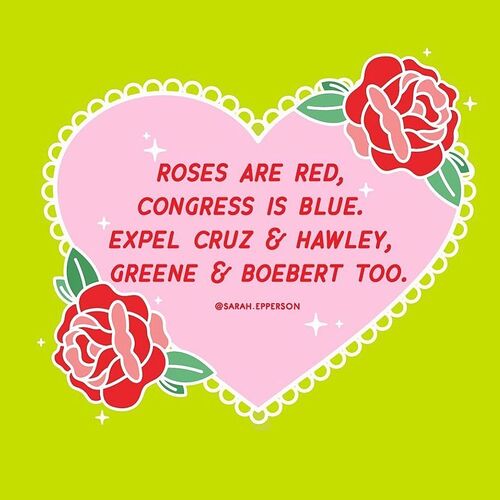 This is amazing, I went to bed last night wondering why this story wasn’t the top lede anywhere except CNN and thinking there was no way they couldn’t call Herrera Beutler, woke up early with the Tiny Peas and nothing had changed, went back down for a nap and BAM! someone dropped a nuke in the Senate!

I don’t know if this is the wisest course of action, but seeing as how a) nobody is watching (very low ratings!) and b) this may do more to shift public sentiment against trump than anything this far and effectively ruin his chances for 2024 permanently. Of course, it may do just the opposite, but I bet a whole lot more people are paying attention now.

In a criminal trial the judge would declare a mistrial.

I’m not saying this to rebut your overall comment, but I would like to point out that conflating civil and criminal law proceedings and process with impeachment, which is an inherently political action, is exactly how trump’s lawyers are trying to muddy the water. It’s all they’ve got, honestly. Just as with Clinton, the argument to this day is about his behavior, not the actual charge of perjury because Ken Starr massaged the public narrative to make it an indictment on his character, not the facts. See also: Civil War → State’s Rights. It’s the refuge of a loser.

, is exactly how trump’s lawyers are trying to muddy the water. It’s all they’ve got, honestly.

i mean jeebus. they spent most of their time playing the same videos over and over again. even if they’d had any argument to make, they made sure nobody would listen to it.

ive alternated between laughter and anger at trump’s lawyers. the “i’m a white man yelling myself red in the face, look at me” shtick is so annoying. it’s the fox news method

they elevate their own aggrievement above the facts. and because they’re supposed to have social status, that’s all that matters.

( it occurs to me now that complaints about elitism by republicans is just more projection about lost status. )

it occurs to me now that complaints about elitism by republicans is just more projection about lost status.

They generally complain about the elitism of the educated, not elitism of the hereditarily-elite. They’re losing one of those and never really had the other.

even if they’d had any argument to make, they made sure nobody would listen to it.

Yep. They know nobody is watching, so they’re basically just dumping as many 3 second sound bites that Faux, ONAN and Nomatch can run with.

And it works! Who needs facts when 2 minutes of rage is much more effective?

No argument from me. I think once you have the jury pool questioning the legitimacy of the case, things do augur well for an exploration of facts.

But now that witnesses will be called, perhaps folks at home can pressure their senators to vote based on what they see and hear from them vs what the minority leader says.

It is always projection with them. My observations have been that whatever they accuse the other side of doing, they are already doing the same or are well into plans to do so. Every damn time.

I don’t think I will be able to play Day of the Tentacle again without thinking of this.

But now that witnesses will be called

Not so fast! Now they’re going to just enter Beutler Herrera’a statement into the evidentiary record instead of calling witnesses. Biden came out earlier and indicated he didn’t want a delay and Graham was lurking like a Babadook threatening to use it as a filibuster of the entire Biden admin. Looks like we may be finished today, after all.

Oh man, Trump is going to be pissed. He doesn’t mind hiring clowns (they’re the only people who will work for him, after all), but he still gets upset when people laugh at them.

They generally complain about the elitism of the educated

You literally have wealthy, ivy-league and private-school educated Republicans complaining about Democratic “ivy-league elites” while also attacking people like AOC for not being that. Then they have the gall to claim Republicans are the party of the working class. It’s the weirdest damn kind of projection.

I like it. And humbly offer a slightly more succinct:

A Fuckwittery of Republican Senators.

I thought he was scolding Van Der Veen, who had just a moment earlier accused the House managers of “not respecting the Constitution”