Given the quality of writing that always seems to be present with the text to speech, my guess is that it is produced by someone who does not speak English and is using a Google Translate translation from their native language and a Text-to-Speech converter.

I mean, there are times when it is quite cool, like when someone who is not an English speaker is sharing things about their life or their travels or culture or something like that and we get to see someone else’s point of view that we otherwise would never have gotten to see. This is really cool, and it’s amazing tech that I’m thankful for.

But then there are the people who are doing dubiously researched “top 10” style lists or presenting authoritative videos on nonfiction topics that they obviously have no actual knowledge of or clickbait misinterpreted videos like this that I honestly feel that my life would have been better off without having seen.

(For the record, I do 100% believe that they did in fact get grainy, security camera footage of a dinosaur running across their yard at 3 AM. I mean, yes, it’s a modern dinosaur otherwise known as a “bird”, but yes.)

Iguanas are reptiles but not dinosaurs, and how they move is actually one notable difference, since their legs go out to the sides. I’ve seen them run though more as a sprinting kind of thing.

Yeah, on second viewing, the tail is not long and thin enough for a large iguana.

it could be a gator with a whooole lot of video distortion and artefacts. Looks like we’re seeing some reflection off its (side-facing) eyes at the beginning there, which suggests gator, and they’re active at night. Plus, Florida.

Yeah, this makes much more sense. Gators have been known to haul ass like this. Tail seems a bit short, but could be distortion.

It’s been over 8 years since the infamous hoax video of an eagle snatching up a baby. Are we ever going to learn?

Not that there aren’t tons of dinosaurs in Florida, but that looks like a quadruped to me.

A cursory review of recent news footage from The Villages supports this assertion.

Well… it is the end times an’ all y’all. 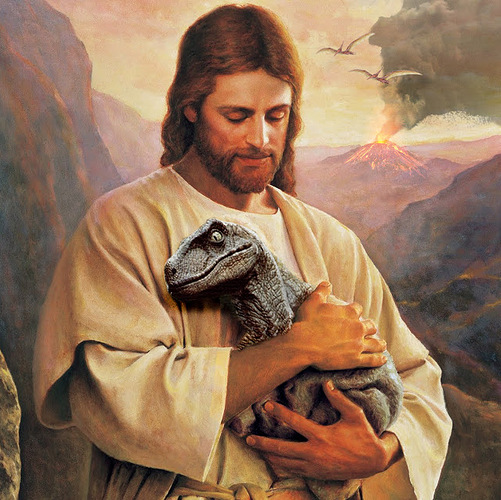 I guess it could have been both: 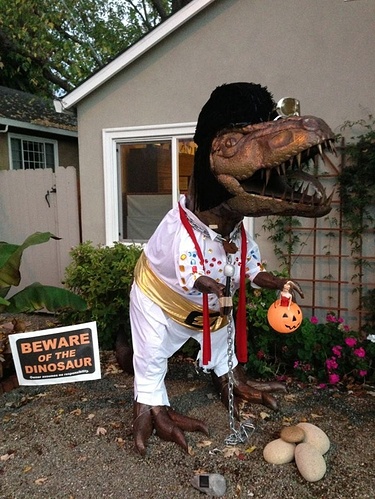 That may explain some of them, but this one was different. You wouldn’t use a word like ‘dino’ and mispronounce it if you’re using a language conversion/TTS kind of thing. You’d expect the right pronunciation to be in the TTS directly.

some sort of reptile 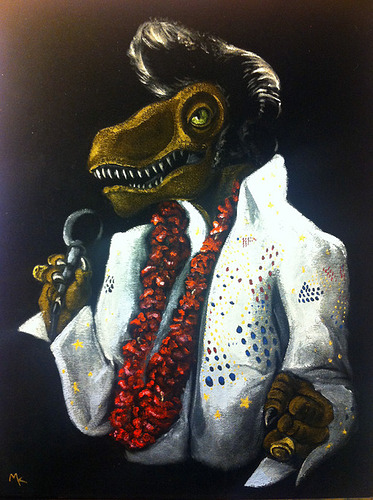 I’m just going to post this link from now on whenever there is a mysterious tiny bipedal creature caught on home video.

The Dover Demon is a creature reportedly sighted in the town of Dover, Massachusetts on April 21 and April 22, 1977. 17-year-old William "Bill" Bartlett claimed that while driving on April 21, 1977, he saw a large-eyed creature "with tendril-like fingers" and glowing eyes on top of a broken stone wall on Farm Street in Dover, Massachusetts. 15-year-old John Baxter reported seeing a similar creature on Miller Hill Road the same evening. Another 15-year-old, Abby Brabham, claimed to have seen th...

Are we ever going to learn?

I actually believe in videos like this, because the video itself is so unconvincing when making any sort of specific claims. Hey, a vague, motion-blurred, pixelated, compression-artefacted mess! It could be anything! Yep, that’s a video, alright, showing… something.

something about the tail looks like a fox or coyote, front feet just don’t show up.

Looks like a dog wearing a loose-fitting coat. I think I might even see a leash being dragged behind it.

Are we ever going to learn?

I hope we don’t, we need dreams like this!!

Not that there aren’t tons of dinosaurs in Florida

A cursory review of recent news footage from The Villages supports this assertion.

damn! I came to say the same RE: The Villages!

my vote for “what is this dinosaur?” is street chicken. although, a chicken wakened from the roost at 3:40am would be squawking it f’n head off and every other chicken in the 'hood would then make a godawful racket.
and yes, feral street chickens are a thing, even on the southern mainland (they are a protected nuisance here in the islands).
opossum, iggy, small cayman or gator… I’ll allow it.

California is lousy with Fence Lizards of which there are several types including the Coast Range type. It’s that type that greets us outside our place a couple of times a week (once even getting trapped in our fireplace). Anyway, we see them quite often. And I can say that when they get a hankering for getting up on their hind legs and running like the dickens, they get up on their hind legs and run like the dickens.

at 3 in the morning and there is an alligator after you i’d bet you’d haul ass, along with the rest of your body…

NO wait! It is a Croissant!