Badass Dragons of the Wasteland - Round Four - Weapon Auction

Continuing the discussion from Badass Dragons of the Wasteland - Round Four:

OK folks here’s the deal. I’m sick of hauling around these five extra .50 cal guns and two RPGs. They will all go to the highest bidder for LPs straight up. The auction is open to all but will limit each buyer to one .50cal unless there are extra.

The proceeds will be divided evenly among the 5 vehicles that secured these weapons on Round2 Mission2 (Fink, Jacky, Snelvuur, Honey, and myself), with any remainder LPs going to the UAW for future repairs. Jane already took his share in the form of an extra RPG set - apparently there were some water towers that he thought would be improved with high explosives.

Auction closes at the Mission4 choices deadline, whenever that turns out to be.

We’ll need a mechanic to help equip the winners so will Clankenstein or Sponge or Bill agree to do the body work needed to get us on the road fully armed? @davide405 @blckjckdavey @webiii1976

I have bid 3 LP, Desmond Baltar @SteampunkBanana, The Major @peregrinus_bis, and Mike “nervous” @kingannoy have all bid 2 LP ( I think I missed someone).

If anyone finds other standing offers in previous game threads please let us know. I’ll update this post as bids come in.

So we made our way out of there, picking up license plates from destroyed vehicles along the way. I had hoped to find more .50 cals, but most were destroyed. We found only 5 of them, and we’ll have to decide carefully who gets them. They need to be cleaned, too, and quickly - they’re caked in acid mud. Most of us did run into a few mines, but they were in fact anti-personnel mines like I thought, and since most of us had window bars installed most of the damage was cosmetic.

I will assume that the drivers on this mission have bid on the weapons they secured, and will amend my previous post to reflect that.

I assumed that we could not put more than two .50cal on any one vehicle, but @penguinchris dispelled this notion. Again we will simply limit this auction to one gun per vehicle unless there are extras left over.

We’ll need a mechanic to help equip the winners so will Clankenstein or Sponge or Bill agree to do the body work needed to get us on the road fully armed?

The Universal Auto Whisperers will install any and all weapons, mod’s, or replacement parts and repair kits free of charge. Yes, we do accept charitable donations, but these are not mandatory.

There’s no limit on the number of guns of this type you can mount (so long as you can find a space for them on your body). I may have been unclear about that at some point, perhaps intending to say that to be nice and fair one should only take a couple until everyone’s had their turn.

I bid twelfty for all of the precious things. 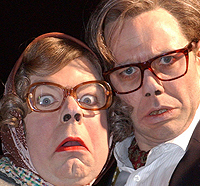 It is, but it’s not winner take all. Right now we have the same number of bidders as we do guns, so the 2lp bids are going to get pushed out first.

You’re upping a bid nobody’s pressuring you on.

Yeah, you were basically bidding against yourself and that made me sad.

Looks like we have Jane’s blessing on this. Let me know if there are other items we can get equipped before round4 starts. Instructions are currently to limit drivers to one additional .50cal each, which seems fair enough, with no limit on how much your ride can handle so those of you with a pair of .50cal each are welcome to strap on a third.

The Acid Mud ™ guns have a natural camouflage from the superficial corrosion, but they cleaned up real nice and I know everyone wants to get their hands on them. But those that have low bids will have to settle for the Dusty Jeep ™ ones.

Myself, I’ll put up 3LP for a Dusty Jeep ™ .50cal because it will match the pair I already have.

Right - where do things stand?

Put me down for an RPG at 2LP.

Major, Solomon has updated his original post with the latest.

@Solomon Rideword, sorry for the indecisiveness, but I retract my 8LP bid for an Acid Mud Gun, and bid 4LP on an RPG. One of those single use items sounds perfect for a party.

I love that picture.

I can almost place it – where is it from?

The League of Gentlemen.

Is this here auction open to all, or just those involved in the missions where the stuff was found?