Baking thru the pandemic: The Muffaletta is my second favorite sandwich

missing one step here @jlw When you are finished making the sammy…wrap it tightly in plastic wrap and then press it between a couple sheet pans with a good heavy weight. It really helps compress everything so its easy to eat; but it helps press the pickled veg/olives in.

That is a really good idea!

I need to know what your #1 sandwich is because muffalettas from Central Grocery are my favorites, hands down.

But you have to buy two. And one is too much food for one person…

As much as I love Central Grocery’s olive salad, Boscoli’s is better:

You can also use that as a pizza topping…

Costs less to fly there on Southwest and buy one during normal times.

After a calamatous night of drinking with one of the former members here (Slybevel knows who he is) I woke up on his floor. Staggering, half blind, ready to puke, we got into the car, drove to Caputo’s in downtown Salt Lake City, and ordered the first sandwich our eyes could focus on.

And I swear that savory, salty, heavenly Muffaletta was the best thing I had ever tasted.

I still dream of sandwiches like that. I am always disappointed by lesser Muffalettas over the years. But whenever I’m in town, Caputo’s Muffaletta is what I’m eating.

I made waffulettas this weekend: 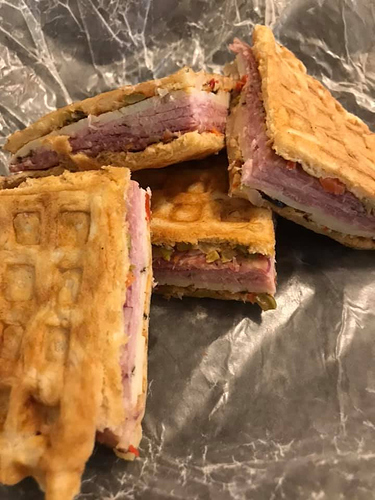 Sounds good. Maybe some day, somewhere, I can get some yeast and try it out.

In Mark Kulansky’s Book “Choice Cuts” there’s an essay from a food author. (Maybe Alice Waters?) who when visiting a friend was instructed to sit on the sandwich tightly wrapped…while they had tea. Then the host declared the sandwiches ‘done’.
(IF anyone remembers the correct Author of the essay, I think it might be someone else)

Also…You need to dig out some of the bread from the top and bottom…so all the fillings fit snugly in there.

At least in the New York area, giardiniera is pretty easy to find. It’s also pretty easy to make and can a few jars to put away for later. If you go that route, you can tweak the recipe so that it is exactly how you like it. 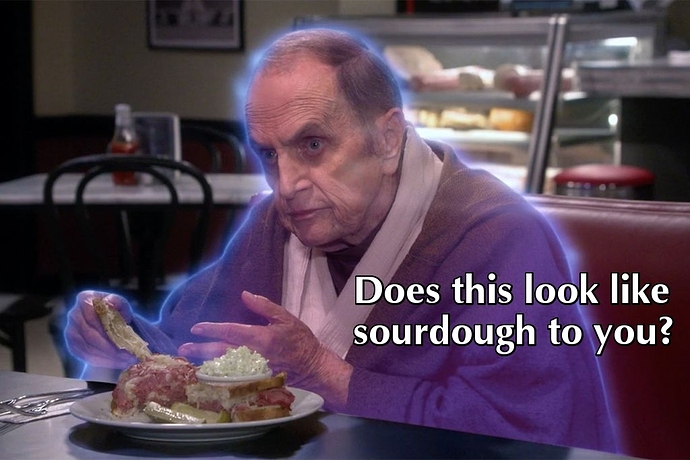 The ingredient list doesn’t mention (as of 3:25PM CDT on 27-Apr-2020) sesame seeds, but the instructions do. Hopefully you won’t have to run out for them halfway through the recipe.

Kind of a Belgian Cuban?

Kind of a Belgian

Careful with that language

I was a big fan of Zapps back when I lived in Memphis – recently I bought some at a Minnesota Potbelly and they seemed… ordinary. I assumed that when they sold the business to Utz that they’d started stuffing regular old Yankee chips into Zapps packaging but Wikipedia says they’re still made in Gramercy so perhaps the only difference is me eating them in the north.

If you mean there are no non-stops to MSY, that’s correct. But SW most certainly does fly out of PDX.

What do you know? You are correct.

Still not getting a flight under $100 to NOLA.