Bannon back at Breitbart after Trump White House ouster: 'I've got my hands back on my weapons'

I guess The Mooch was right about ol autofallacious Stevie-boy. The jokes just write themselves.

‘I’ve got my hands back on my weapons’ 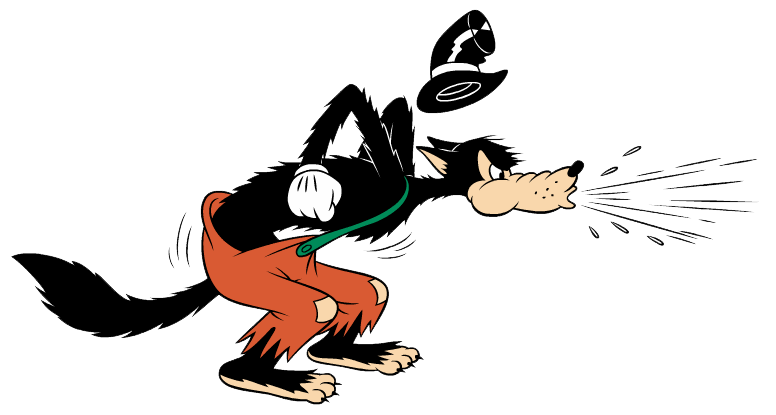 Reminder that Bannon could be in deep legal doo-doo:

Bannon is gearing up for “war” against Rupert Murdoch.

Ooh, there’s a GIF for that.

The thing here that trumpers won’t see as a problem is that he refers to breitbart news as his weapon. News is about information sharing it isn’t a weapon. The fact that he views it as such should be a huge red flag to people.

As has been noted elsewhere, he won’t be making Trump’s life a living hell. It’ll be Kushner et al who will be the main targets.

And now is the time in the show when the GOP and the Right destroy themselves. I expect they are going to bust up worse than the Dems & the Left. Don’t be all cheery mainstream Dem’s, with a fractured Right there is even less reason to consolidate around centrist Dems. The end of the Alt-Right/GOP is the end of the Neo-Libs.

I found this quote to be extraordinary:

Bannon’s “friend” tried to think of the worst word he/she knew, and came up with “Democrat.”

It seems obvious to the most naïve / ignorant / confused persons that whatever the Trump White House is, it’s sure as hell not Democrat. Therefore the “friend” is either using the word to signal to the alt-right wackjob base that Trump is now “bad” (as opposed to when the Bannon machine told them he was “good”), or the “friend” truly believes Trump’s future actions will be Democrat in nature, which again is the worst thing this “friend” can imagine.

CA corp board lists two related entities- Breitbart Holdings- which lists for the Board owner Solov as the Pres & Treas with Breitbart’s widow as Corp Secretary. Solov is listed elsewhere as CEO.

Breitbart News LLC lists only Solov & Breitbart as members managing the LLC. LLC’s don’t have Chairman of the board- they don’t have boards.

They gave him a made up title with no actual control of the corporation.

Also - there’s a blank form listed for a 2017 filing and another 2017 filing lists Andrew Breitbart as a corp officer. Those filings don’t look to be - um - accurate and in compliance.

a hit man who never leaves his chair?

a hit man who never leaves his chair?

they both sling intoxicating poisons!

And thank Dog for that, can we have Bernie back now?

I suspect that the intended meaning is “We will attack this White House with the same vitriol and tenacity that we would if a Democrat were in office.”

You make it sound like his mere presence at the white house wasn’t already a giant red flag.

Hmmm. Some of those quotes are downright cryptic and hard to believe given how hard Bannon worked to get Trump in office. It’s not like Bannon is suddenly a democrat in ideology, so attacking Trump really only works against his own well-known political ends, whether or not he had a falling out with Trump.

Without any context, I assumed Bannon’s “ouster” is really him leaving to wield more influence (to the benefit of the Trump administration) back at the helm of propaganda machine Breitbart given the original goal of getting Trump elected was reached. As in, he can help them better reach their mutual objectives while with Breitbart rather than in the cabinet; putting that in writing now, though, I realize it wouldn’t make much sense.

That said, a more predictable scenario is one where Bannon still gets to advise Trump in an “unofficial” capacity while now also being officially (read: technically and perhaps legally, but not ethically) freed to concurrently coordinate Breitbart’s propaganda. The members of this administration have proven themselves negligent at best where it suits them with regards to clearances, titles, and conflicts of interest.