Biden is a terrible person. He has one feature, a feature mostly bolstered by the media attention he’s getting, electability. That electability is going to get slaughtered once hes the official nominee. Folks on the right will slam him for touching women, for belittling women and girls - while ignoring Trump doing the same thing.

Look - I can agree with the sentiment - and I’ll vote against him in the primary - but right now the Democrats could put up a piece of actual toast and as long as it doesn’t have a history of literal Nazi sympathies I’d vote for them.

You’re the reason the Democrats are going to lose in 2020. Well, you and everyone else who has something similar to say about one candidate or another. All it’s going to take for Trump to win in 2020 and get another couple of Supreme Court seats, and countless horrible policies enacted is to get 1% of progressives to stay home. The only thing necessary for the triumph of evil is for good men to do nothing.

That would be true if electoral votes didn’t work the way they do. I voted 3rd party instead of for Hillary in my county, and still the votes went to her at the county and State level. So my vote was NOT the reason Trump was elected. I will study the numbers again next year, and make my decision based on my understanding of the facts. The bottom line is that Biden WILL NOT get my vote. And unless voter demographics here change radically in the next year, it won’t matter, if he’s the nominee, he’ll get the electoral votes. My hope is that enough of us will make that decision that the numbers narrow significantly, and the DNC gets the message and stops forcing shitty candidates down our throats.

Look - I can agree with the sentiment - and I’ll vote against him in the primary - but right now the Democrats could put up a piece of actual toast and as long as it doesn’t have a history of literal Nazi sympathies I’d vote for them.

I can sympathize. Having finished making all my other choices (which I did in the days leading up to the election - I go in with my sample ballot already marked and just transfer my choices to the machine), I stood half-paralyzed trying to make the choice between Hillary and 3rd party. Ultimately, I chose 3rd party, knowing full well Hillary would still get 100% of the electoral college votes. It was all the message I could send.

As you can see, much would have to change in 2020 for the outcome to be different. Personally, I expect Democrat voter turnout to increase greatly in this election, based on the anger factor. Turnout in 2016 was depressing.

It was all the message I could send.

I hope you don’t think that I am picking a fight here. And also, this subject has been pretty well litigated to death, but here is how I see the message that you sent.

FYI: Hillary was not my desired Democratic candidate, nor is Joe Biden. 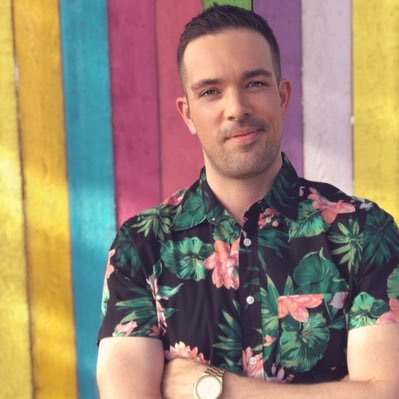 When Joe Biden talks to young girls he mentions their looks and makes inappropriate jokes. When Elizabeth Warren talks to young girls she says she's "running for president because that's what girls do." Please don't dismiss the difference. Presidents should also be role models.
38 Likes
NickyG June 16, 2019, 8:31pm #10

I really hope all of the vehement Warren fans in this thread have donated to her campaign and plan on doing more of that through the primary season for as long as she’s a viable candidate.

Money shouldn’t be a deciding factor in elections, but it IS, and that’s not going to get turned around if we keep letting the absolute worst elements of humanity take charge, like we have been.

And not that I need to prove myself, but indeed I have given Warren in the hundreds of dollars so far this cycle, and will do more so moving forward. Because yes, it makes a difference, and I think she should be our next President.

If Biden wins the primaries, it won’t be because I voted for him or have given him a single buck. But if he is the Democratic nominee in the general, he will ABSOLUTELY get my vote. I’m not a goddamn crazy person after all.

Watching from the UK, we need some MPs of AOC’s calibre.

And to lighten the mood - re female bartenders:

On topic: Warren’s entry on AOC is half gut-punch, half kick-ass. Worthy of both women’s radical awesomeness.

Off topic, since it kicked off: the arguments here for voting Biden are such a faithful mirror of conservatives’ rationalisation for voting the Orange One 2016 as the only way to stop the She-Devil … one just hopes it comes with a little reflection.

You (and others like you) reduced the total popular votes for Hillary Clinton and made the election seem even closer than it should have been.

Given Clinton got 2.9 million more votes than Trump and the Republicans have shown zero humility because of it, I don’t think this particular message has any meaning.

Pray it does. The Democrats have a history of shooting themselves in the foot, especially with getting people off their asses to vote. It shouldn’t be that way. The planet cannot afford to have the USA fall to fascism. VOTE.

I think the best way to express your sentiment is that Biden is (to use the classic US grading system) a B-, where everyone else you mention is an A or A+ (Sanders is in my book a B for hitting the right sentiment, but he’s another old guy and he’s turning out to be a one trick pony). He’s still way, way better than President Biff, who is on his best days a D-.

Given Clinton got 2.9 million more votes than Trump and the Republicans have shown zero humility because of it, I don’t think this particular message has any meaning.

You are right about the humility issue, but they sure do spend a lot of time trying to deflect from that fact. They brag about the electoral votes, and they brag about all the counties that Trump won (as if that meant anything), but they never, ever mention that they got fewer popular votes.

I hear your call to donate, but please don’t be surprised if most of her supporters are in too much of a financial squeeze to vote with their dollars. It is an age-old dilemma, that by helping those who need help most, you risk alienating those who actually have the stockpiled favours — and really, what money is: a promise for getting something later on.

But I am not all that worried, and you know why?

She has a plan for that.

On an unrelated note, this entry is exactly why I like Senator Warren: look at how it’s written, how efficient it is, how well it not only tells a story, but now it connects at a gut level. It is a well crafted piece that does not obfuscate. It is the work of a great thinker and also a great writer. It is inspiring writing, from an inspiring author about an inspiring representative.

As much as progressives laud Warren and AOC as agents of change… the facts speak otherwise.

Warren sees nothing wrong with a US military budget that’s larger than the next ten countries combined - in fact, she wants to increase it.

As for AOC, as much as I’m in favour of many of her policies, she has been conspicuously silent about:

AOC is a refreshingly uncynical politician, but truth is, she has made a Faustian pact with the power brokers of her party not to rock the boat.

She is pretty much the status quo.

You’ve already elected Trump once. Is he going to get any better in the second term?

[AOC] is pretty much the status quo.

Love to know of any politician, past or present, who is not “status quo.”

Even five or ten bucks goes a long way. As Bernie said, his average donation was $27 in the last cycle. It makes a big difference. For anyone feeling a financial squeeze, it’s an even better investment. I’m pretty well-off, I frankly don’t need a more egalitarian system to be well taken care of. For folks who are squeezed, it makes much more sense to support such candidates than it does for me. Doesn’t have to be hundreds of dollars. Someone has gotta be pretty poor to not have five or ten bucks to spare. I actually don’t think that most of her supporters are in that bad shape.

Off topic, since it kicked off: the arguments here for voting Biden are such a faithful mirror of conservatives’ rationalisation for voting the Orange One 2016 as the only way to stop the She-Devil … one just hopes it comes with a little reflection.

This is laughable. Or it would be, if it wasn’t such a false, potentially damaging false equivalency between two extremely different candidates.