I am getting that shit on a gigantic sign

None of those jack holes were going to vote for him, anyway. Their messiah is the incumbent.

Climb upon Geraldine Ferraro’s and my…

I don’t want to see the end of that sentence

Do you think mommy will let little Mikey debate Harris without a chaperone?

Kentucky is a write off for the Dems. No sense trying to appeal to voters there - Trump beat Clinton two to one.

Maybe they should try to appeal to who the winner will be - especially as it looks like McConnell won’t be leading the Senate either.

And please let her do ALL the talking while Joe stays quiet!

Maybe even send her in to debate Donnie. That would be fun!

I still wish I could have seen Elizabeth Warren running for president with Bernie Sanders as vice president.

THAT woulda shook some real shit up.

I’m happy a woman and a minority was nominated, but I feel like it may have been tokenism at some point, and I really hate to think that.

I’m tired of old white people especially old white men running this country, even in Bernie’s case- but I don’t care what the face of it is I just want to see serious shocking fucking change to this country the opposite way right now and that become normalized.

What we have fallen to in the last 4 years isn’t even part of a spectrum it’s just shear hate and stupidity.

I would actually pay real money to see that.

She would tear him 10 new assholes while Biden will just tiptoe around his horrid monstrosities in a debate.

Once a cop, always a cop. 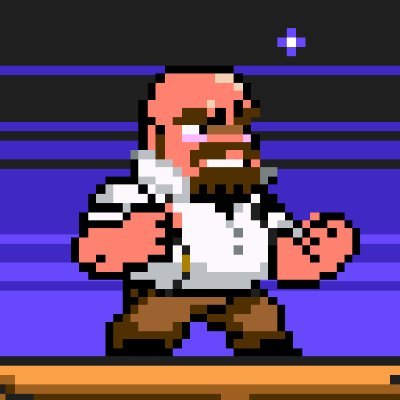 Everyone: We need to get these fascist dudes out of office. The DNC: WE 👏 NEED 👏 WOMEN 👏 FASCISTS 👏 IN 👏 OFFICE 👏

This will be after 4 year of no justice department protection. Even if he is not in jail

Yeah, he’s not going to jail.

By the time we get to the second week of the Biden Administration you’ll be hearing this: “Do you want to get universal healthcare or prosecute Donald Trump?” And they’ll repeat it over and over again, as if public integrity were a trade-off with political effectiveness.

Or buried under the trash heap of history by 2024 from a Kentucky Fried Coronary.

Eh, I don’t think Trump will just magically disappear after January 2021. And, if how the US normally prosecutes rich white men is any indication, I have little faith that we’ll see him face justice. So, I’m not as confident about it as you are.

That said, fuckin, sign me up. I don’t even think a Biden-Harris ticket will be the lesser of two evils; I think they could actually do some good. And compared to Trump-Pence they’re goddamn superheroes.

Fuck yes, they are! I love Warren and Sanders but I know damn well either of them would turn off a lot of my moderate or conservative fellow Americans who hate Trump.

I want them to feel ok about voting Dem, especially if it’s their first time not voting GOP.

I still wish I could have seen Elizabeth Warren running for president with Bernie Sanders as vice president.

THAT woulda shook some real shit up.

However if we can get Mitch McConnell out and give Warren his job she’ll have far more power to shake things up than she ever would have had as VP.

Of course no matter who he picked, half of the people will be unhappy.

Hold your nose and vote. Remember RGB is on borrowed time at this point. Who do you want to appoint her replacement?

It is going to be so fun watching the right do mental gymnastics to turn these two into radical left wing socialists.

And yet, we managed to elect a black dude with a funny name … TWICE.

We can do this

“Do you want to get universal healthcare or prosecute Donald Trump?”

No need for Washington Democrats to get involved, they just need to let New York prosecute him - it sounds like the legal processes there are well under way.