A coprolite as it were…

Galleries showcasing some of the finest coprolites, fossilized feces, and dinosaur poop specimens in the world. How to identify a coprolite.

Where’s HST when you need someone to write a proper obit?

If the right people had been in charge of Nixon’s funeral, his casket would have been launched into one of those open-sewage canals that empty into the ocean just south of Los Angeles. He was a swine of a man and a jabbering dupe of a president. Nixon was so crooked that he needed servants to help him screw his pants on every morning. Even his funeral was illegal. He was queer in the deepest way. His body should have been burned in a trash bin.

Kissinger made the Gang of Four complete: Agnew, Hoover, Kissinger and Nixon. A group photo of these perverts would say all we need to know about the Age of Nixon. 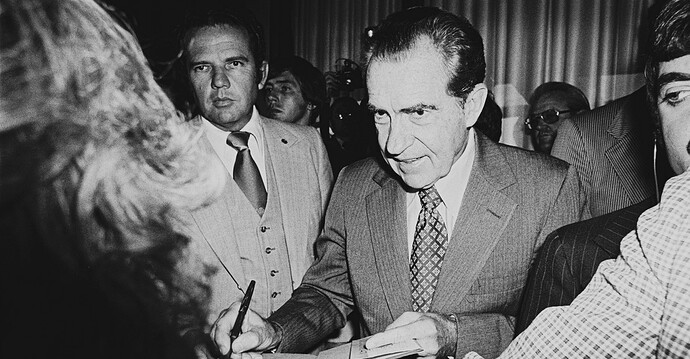