Black people 'are a threat to all,' says the GOP's latest racist candidate

You all act as if the American voters will obviously reject this new Nazi gop.

On the contrary, many of us are disturbed and worried as fuck by this development.

And I really fear that he and his minions will find enough ways to steal it. Again.

If you don’t mind sharing, how did you handle that situation? And if you did respond, how did this person take it?

I explained to him what that cesspool site was (it’s named after Virginia Dare, the first white* baby born in the American colonies), pointed him to some ADL and SPLC links to back up my contention, told him that the site’s owners would happily line him up next for the gas chambers once their heroes were done with the Muslims, and told him never to send me garbage from white supremacist sites again.

I never got another e-mail from him on any political topic again, so I’m not sure how he took it. Honestly I’m not sure if he was aware of the article’s source before he re-forwarded it; it was bashing Muslim immigrants, so good enough for him. But I can guess it wasn’t pleasant for him to receive that reply. Sometimes shaming (included the dreaded “uncivil” kind) works. 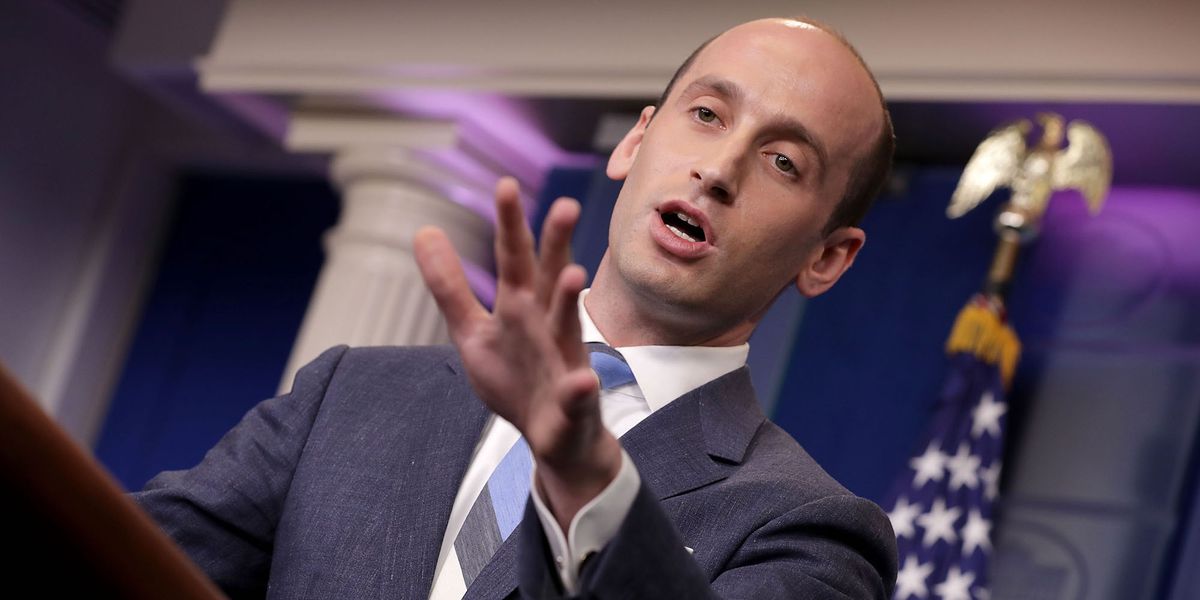 Stephen Miller's No Good, Very Bad Sushi Night Is Another Win for Shame

You don't get to do whatever you want as a public official with no consequences.

[* “white” is not a term the site would apply to Jews]

Isn’t turnout the real key here ? What was it, 40% of non voters ? I know, voter suppression and all, but they can’t hide a massive turnout, you’re not Egypt just yet !

Sure, but the slimy bastards have a lot of ways to suppress that as well (voter IDs, removing large swaths of people from voter rolls, disenfranchising felons, stacking courts with activist judges, no paper ballots, etc.).

It’s a lot of insidious power being wielded by what should be an increasingly disempowered minority.

In a funny way, Republican parties nomming actual, literal Nazis is one of the few things that makes me feel genuine hope. GOP voters have made it clear they’re willing to move rapidly in that direction, but a lot of them aren’t quite there yet, and if “their” party goes full Nazi before they’re ready, they’re not just going to stay quiet; they’re going to defect. When you throw a flaming chunk of sodium into the water, the frog does jump out of the pan.

After all, let’s not forget that Turmp isn’t really a genius. He doesn’t control that giant cesspool of butthurt whiteness that apparently so impresses GOP leaders. He doesn’t know how to channel it, or stoke it, or soothe it – he’s just really good at embodying it. So if the party counts on him for political leadership, there is a decent chance that their attempted Reich will burn itself out for good before it gets up and running.

Of course, it could be that Republican voters are already there, in which case things are even worse than I thought. And in any case Turmp himself still has at least two more years’ worth of damage to do. So things aren’t great. But it feels like there’s a plausible way for things not to go all the way to shit, which is an improvement on how I felt a year ago.

Fortunately that’s starting to be counterbalanced by efforts to get Millenials and young people to vote. If they weren’t alarmed then about how their futures were being sold out by these pasty-faced Boomer hatemongers they have no bloody excuse now. 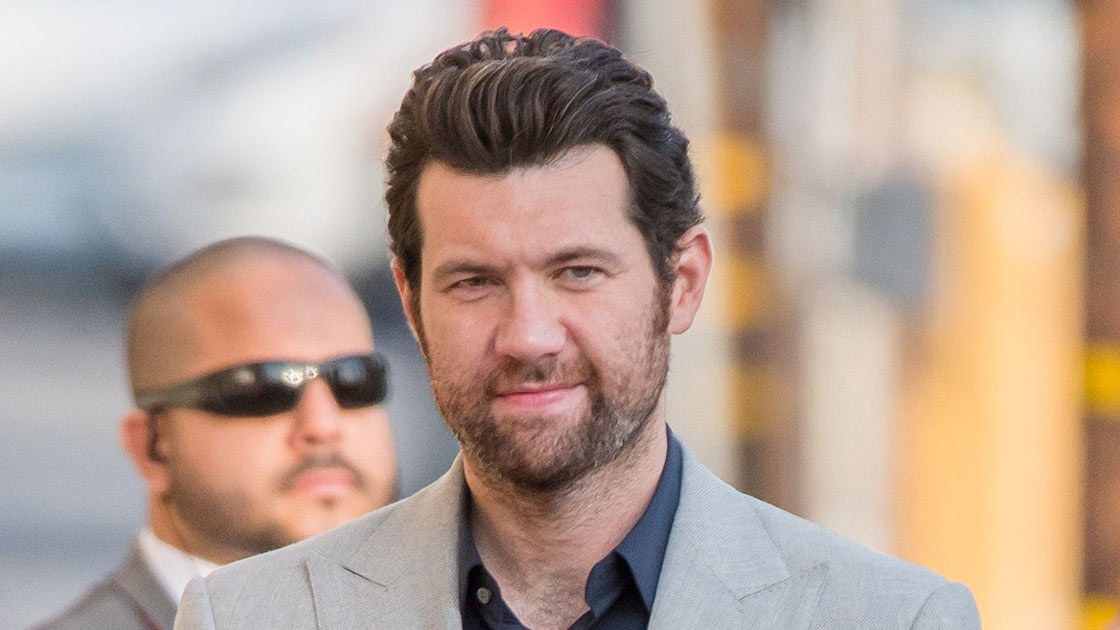 Only 12 percent of millennial voters turned out for the midterm elections in 2014.

Now we have to be polite to freakin Nazis?

No.
Not now, not ever.
Act at your own discretion.

Ok, no NJ connections here, so I really do not know this, but is this an actual competitive district? I am thinking of, like the Illinois nazi running in a district where no Republican has ever or will ever win, so they just don’t put up a real candidate and the asshole got the nomination by default. If this is a real candidate and the Republicans stand by him, holy shit!

Either way, it’s the candidate that the largest number of Republicans voted for. The party owns this, just like they own every other white nationalist candidate who won the Republican nomination in a state or local election.

You never see Nazis winning the Democratic party nomination in districts that are “safe” for Republicans.

My mother recently had a quandary where my Trump-supporting aunt had invited herself for a future visit. My mother was puzzling out how to tell her that her support of a fascist idiot and his monstrous policies had made her someone that my mother never wanted anything to do with, “but in a civil, non-confrontational way.” Eventually she decided that my aunt wouldn’t ever understand what she was saying, so she just lied about not being available. The downside being that my mother’s going to have to continue working to dodge all my aunt’s future phone calls.

Dear GOP by the fact that you can’t be bothered to run a goddam brick in opposition to this blight on humanity you are now the modern Nazi party.

Problematic, given how many GOPers have been retweeting overt Nazi propaganda lately. (e.g. Ron Paul) They’d have to find “alternatives” to a significant chunk of the party.

I’ve never seen so many openly racist Republican candidates before.

It’s been a few decades. But more than that, the actual Nazis tended to belong to fringe parties - now the Republicans aren’t just racist, they’re literal Nazis.

I hate Nazis, period; no matter where they’re from or where they are.

You all act as if the American voters will obviously reject this new Nazi gop.

Not at all. This guy is not particularly distinguishable from, say, Iowa’s multi-term US congressman Steve King. If this guy was running in some US states, I’d assume he’ll win. This is very much part of the Republican mainstream now, and the candidates are not (always) losing.

Holy shit!!! This is a Republican district and this is the actual Republican candidate!! I no longer have any faith in salvation by common sense.

So, our taxes are funding his campaign. WTF?

I hate Nazis, period; no matter where they’re from or where they are.

Wikipedia sez that district is currently Republican, though it seems Democrat-leaning in the longer term, so I guess this guy’s chances are slim.

But it’s certainly not like he just showed up to a tumbleweed-strewn polling station and cast the single vote for himself. As @Brainspore sez, what matters is that a majority of the Republicans who voted, voted for a Nazi. In a more competitive district, you might have mainstream candidates with funding to run TV ads, and that might pull in enough “casual” Republicans to drown out the Nazis. But the hard core – the people who would’ve voted anyway – are likely to be somewhat similar across the country. So if you vote in a Republican primary, it seems increasingly likely that a Nazi will be presented to you as a serious contender. And the more that makes people rethink their party affiliation – as I thope it will – the truer it will become.

(my point being, the space is rapidly shrinking for Republican voters to simply laugh off the Nazi comparisons; they’re going to have to either defend Nazism or stop voting Republican)

Yes. For the first time in my lifetime I don’t believe progressives are being the least bit hyperbolic when they refer to the other side as “fascists.”

I keep thinking, my grandad was paid to shoot Nazis. It was considered a patriotic duty to take fascists down any time they raised their pointy little heads. Now they are the elected nominees of a major political party. Not just in one place, but in multiple races across the country. But it will be portrayed as “fake news.” At this point in time, anyone who can say that they won’t support the Democratic nominee in any race due to purity tests has to be considered complicit in the downfall of our country.

is the Republican Congressional Campaign Committee backing this nominee?

Of course they are. He’s a Republican.

I wonder how the GOP will reconcile their policies of sucking off both Nazis and Israel…?

Probably just more cognitive dissonance to throw on the pile, I suppose…

Given that vote smart lists his religion as Jewish - I suspect a long term relationship with Nazis may prove untenable for him.